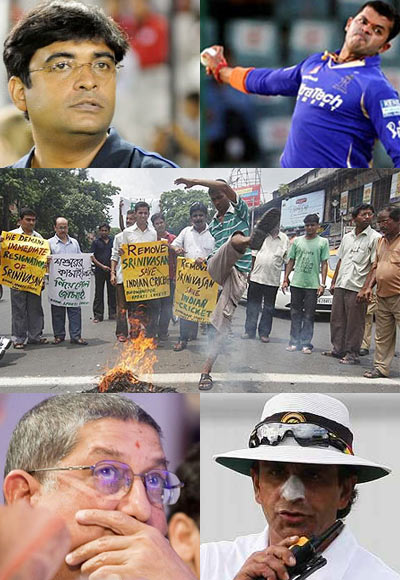 The drama surrounding the spot-fixing scam that rocked the sixth edition of the Indian Premier League continues.

India pacer S Sreesanth and his Rajasthan Royals team mate Ankeet Chavan were banned for life for their alleged role in the scandal after the Board of Control for Cricket in India's Anti-Corruption Unit chief Ravi Sawani, who probed the spot-fixing scandal and submitted his report, found the duo and Ajit Chandila and Amit Singh guilty on multiple counts.

A flashback of the events that unfolded in the episode.

May 15: Three bookies -- Ramesh Vyas (52), Pandurang Kadam (41) and Ashok Vyas (32) -- arrested by the Crime Branch. Later another bookie Pravin Behra, held in Bhandup. All arrests made in Mumbai.

May 16: Rajasthan Royals players S Sreesanth, Ajit Chandila and Ankeet Chavan arrested. The special cell of the Delhi police arrested Sreesanth from his friend's place in Mumbai while the other two cricketers were arrested the previous night from the team hotel at Nariman Point, Mumbai, for their alleged role in spot-fixing. 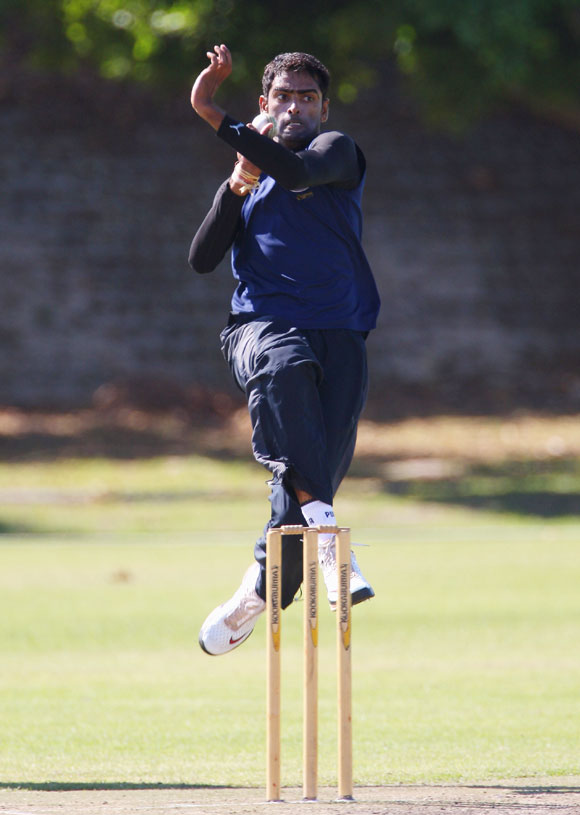 - The three tainted players, along with Singh, suspended by BCCI.

- All of them charged by Police under section 420 (cheating) and 120-B (criminal conspiracy) of the IPC.

May 18: Ramesh, Vyas and Kadam are linked to the spot-fixing scandal.

- Police search hotel rooms occupied by Sreesanth and Jiju Janardan; seize a laptop, an ipad, a mobile phone and a diary of Sreesanth.

May 19: BCCI orders spot-fixing probe, appoints its anti-corruption chief and former IPS officer, Ravi Sawani, as the commissioner of inquiry.

- The Sports Ministry consults with the Law Ministry to draft a new law to deal with betting in sports.

- Manish Budeywa, a former Ranji Trophy player picked up for questioning by the Delhi Police

- Delhi Police asks hotels in Mumbai, Chandigarh, Kolkata and Hyderabad to provide CCTV footage to scan meetings of the three arrested cricketers with bookies in connection with the IPL spot-fixing scandal. 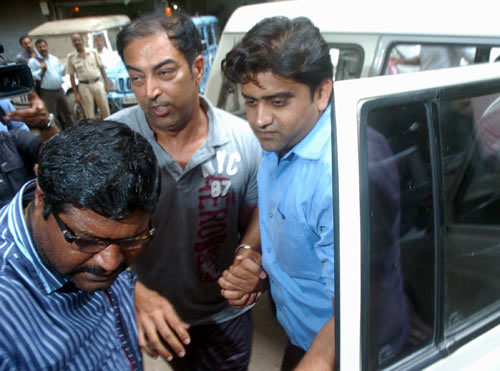 May 20: Rajasthan Royals terminates the contract of Sreesanth, Rahane and Chandila.

May 21: Bookie Prashanth arrested in Chennai, confesses to organising cricket betting in the city since the mid-’90s

- The Supreme Court refuses to ban IPL, saying it cannot be done just because of certain irregularities on the part of a few players. 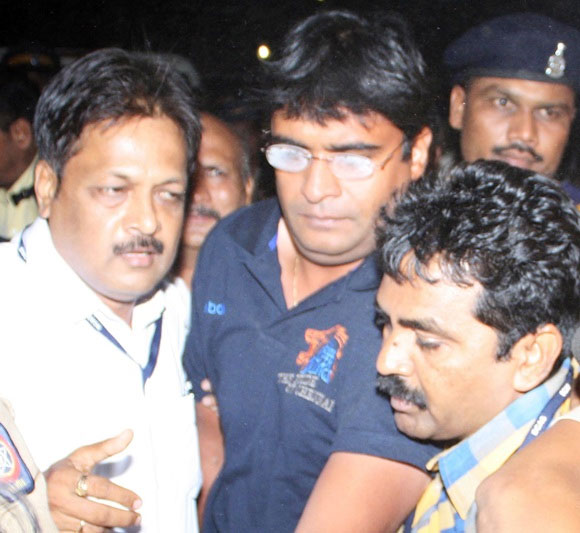 - Income tax department initiates a probe into the hawala and illegal cash transactions involved in the spot-fixing.

May 24: After questioning, Meiyappan arrested by Mumbai Police on charges of betting, conspiracy and cheating. 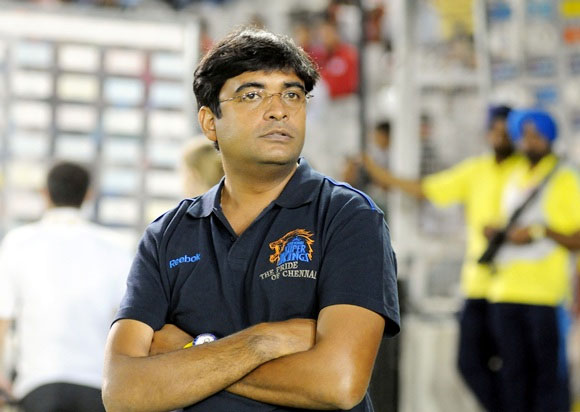 May 25: India Cements issues statement that Meiyappan is not the owner or team principal of CSK.

- Meiyappan booked under various sections of the IT Act, Gambling Act and the Indian Penal Code.

- Meiyappan said that he was coaxed to place bets by Vindoo.

- Admits to having passed on vital information on the team's strategy to the bookies through Vindoo. 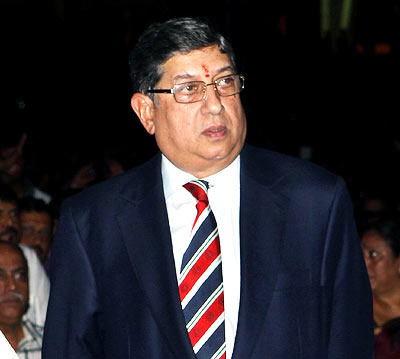 May 27: BCCI President N Srinivasan alleges his resignation sought only by a 'hounding media'.

May 29: A Mumbai High court extends police custody of Meiyappan. 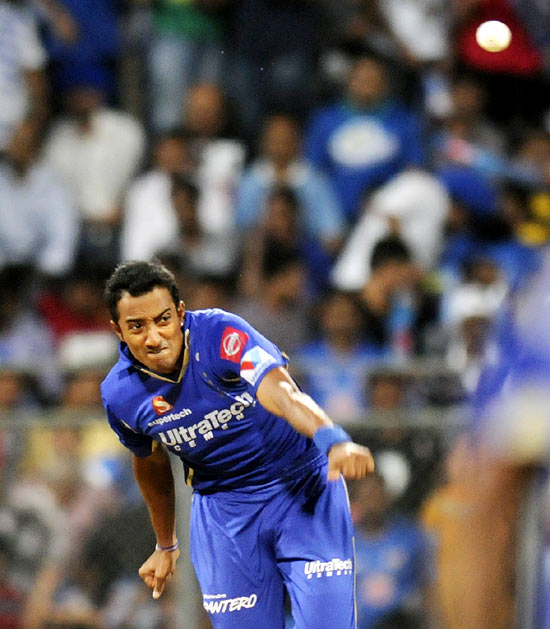 May 30: Ankeet Chavan granted bail to get married, made to deposit two sureties of Rs1 lakh each and a personal bond of Rs1 lakh before release

- RR player Trivedi to be prosecution witness in IPL case. 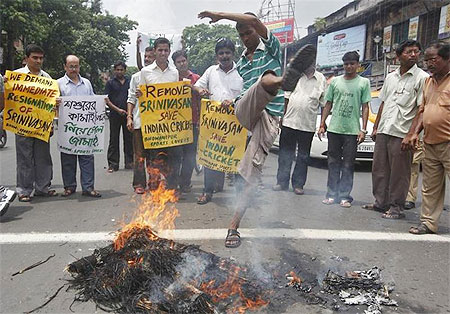 June 2: Srinivasan steps aside, Dalmiya named interim-president - N Srinivasan agreed to "step aside" as BCCI President under a compromise formula that brought back former Chief Jagmohan Dalmiya as head of a four-member "interim arrangement" to run the Board. 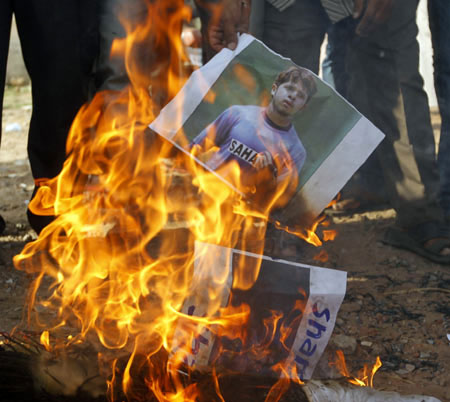 June 4: Meiyappan, Vindoo and six bookies granted bail on the bond of Rs 25,000 each.

- Delhi Police invokes Maharashtra Control of Organised Crime Act (MCOCA) provisions against Sreesanth & Co to strengthen the case against those involved in the IPL spot-fixing saga, claiming bookies like Ashwini Aggarwal were working at the behest of Dawood gang.

- Sreesanth moves fresh bail application before a Delhi court after police invoking MCOCA against him and others. 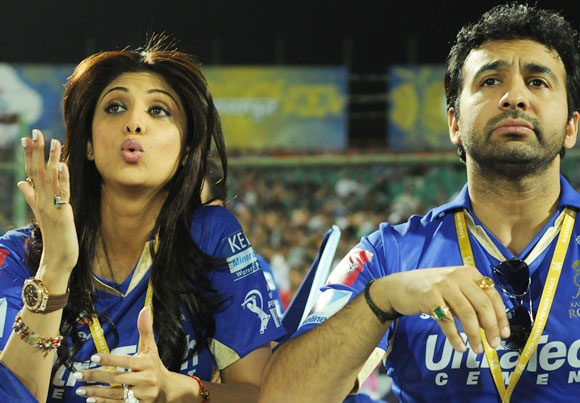 - BCCI's Comissioner of Inquiry, Sawani submits IPL spot-fixing internal probe report to BCCI without getting any access to the arrested players and complete evidence collected by the Delhi Police.

June 6: Police file charges against Raj Kundra for admitting to betting on his own team during IPL matches,

June 10: Kundra suspended by the BCCI on charges of gambling during IPL 6 matches.

- BCCI anti-corruption chief Sawani's report on the spot-fixing scam is forwarded to the Board's disciplinary panel in an emergent Working Committee Meeting.

- A Delhi court grants bail to Sreesanth, Ankeet Chavan and 18 others on a personal bond of Rs 50,000, stating there is prima facie "no sufficient material" against the accused to establish their "nexus" with an organised crime syndicate. 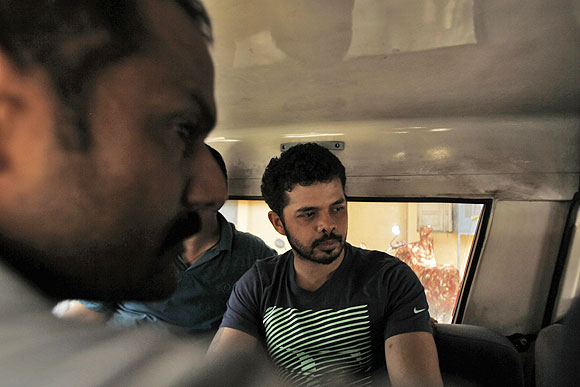 - Sreesanth continues to maintain innocence saying he was confident of getting a clean chit and hopeful of making a return to the national side.

June 12: Hearing on the bail pleas of Rajasthan Royals' Ajit Chandila and four others deferred by a Delhi court, which remanded bookie Sunil Bhatia to two-day police custody.

June 13: In reply to a PIL seeking transfer of the probe by Delhi and Mumbai police to the CBI to unearth a larger conspiracy and insulate the investigation from highly influential persons and politicians, the Supreme Court says no trouble with separate probes, by Delhi Police and it's counterparts in Mumbai in the case.

June 14: The Delhi Police opposes the bail plea of Chandila, saying he is a "key conspirator" in the entire case and was acting at the behest of a syndicate run by gangster Dawood Ibrahim. 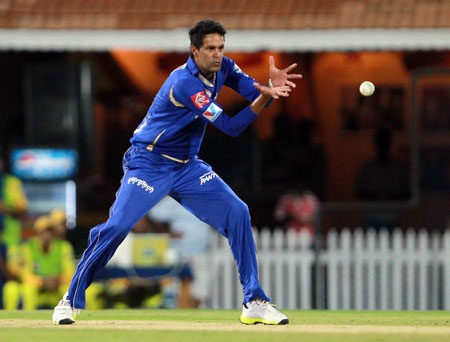 June 17: Chandila remanded to fresh police custody for three days by a Delhi court requiring him to corroborate evidence collected from other accused after invoking MCOCA.

June 20: Former IPL Commissioner Lalit Modi claims that three Chennai Super Kings player had links with a real estate tycoon, who is also a bookie and has close links with Gurunath Meiyappan and other IPL franchisee owners.

June 21: The Cricket Association of Bihar files a PIL in the Bombay High Court against the constitution of the probe panel by then BCCI chief N Srinivasan, alleging it was an 'exercise' to 'cover up' the activities of his son-in-law Gurunath Meiyappan. 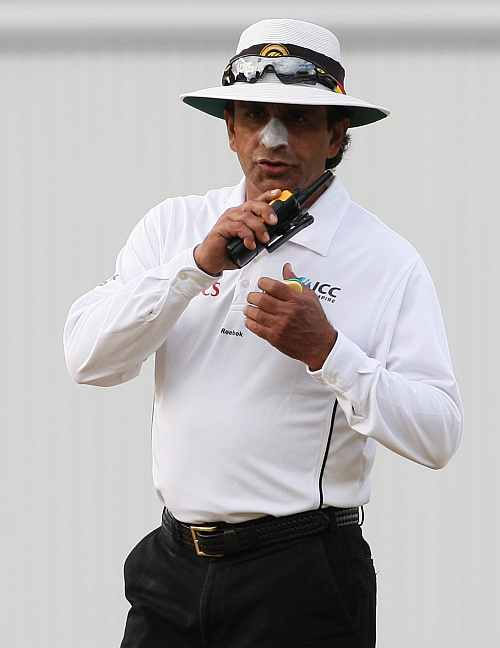 July 5: The Mumbai Police arrests big-time bookie Shobhan Mehta in connection with the IPL betting case after picking up him from Goa. The number of arrests in the case goes up to 17.

July 6: Rajasthan Royals left-arm spinner Harmeet Singh appears before Sawani and questioned for close to one and half hours in the spot-fixing probe. 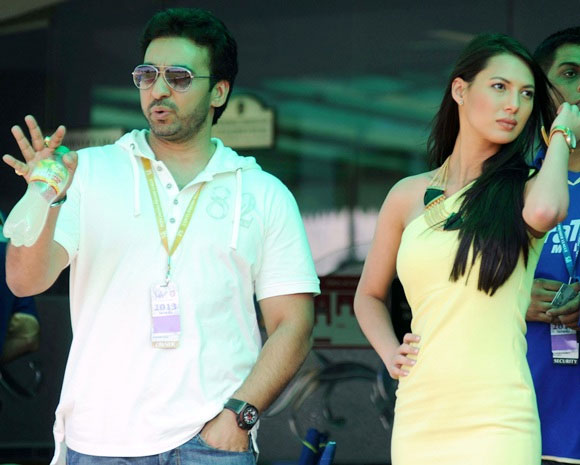 July 17: Audio intercepts of telephone calls played by the Delhi police in a Delhi court to buttress its claim about the nexus between underworld don Dawood Ibrahim and bookies in the IPL spot-fixing scandal.

- Sreesanth chargesheeted along with Dawood & Co. 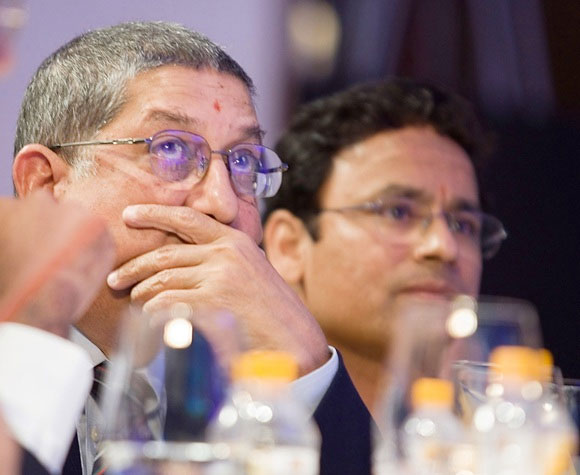 Aug 2: Fearing legal trouble after the Bombay high court declared its IPL spot-fixing probe "illegal and unconstitutional", the under-fire Board calls off its Working Committee meeting in New Delhi.

- BCCI secretary Sanjay Patel clarifies that "a slight mistake" in the circular issued to summon the Working Committee meeting in Delhi forced it to be called off.

Aug 3: Rauf reportedly retires from all forms of umpiring.

Aug 4: Chandila claims innocence in the IPL spot-fixing episode and says the Delhi Police's decision to slap the stringent Maharashtra Control of Organised Crime Act (MCOCA) charges against him is completely unfair, as he is a "cricketer and not a terrorist".

- Chandila granted an interim bail for two days (from August 3 to 5) to attend the last rites of his elder brother.

Sept 13: BCCI hands out life ban to Sreesanth and Chavan, while Amit Singh was banned for five years, and Siddharth Trivedi for a year. No decision taken on Chandila, who is yet to depose before Sawani.