Sign in  |  Create a Rediffmail account
Rediff.com  » Cricket » 'Team India needs a big knock from either Kohli or Dhoni'

'Team India needs a big knock from either Kohli or Dhoni' 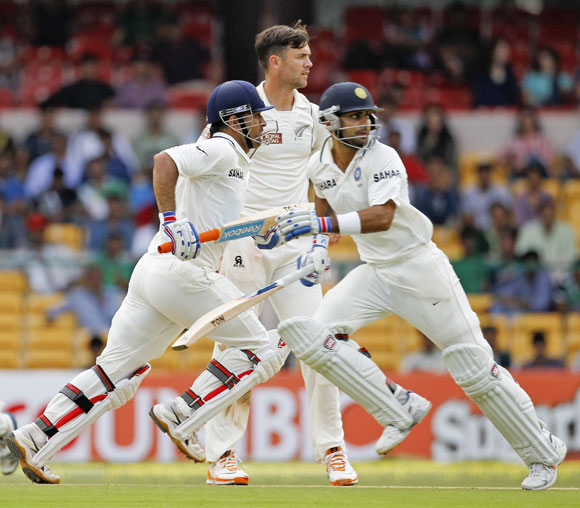 India responded well to New Zealand's respectable total with some good batting on Saturday but Suresh Raina said either skipper Mahendra Singh Dhoni or young turk Virat Kohli will have to play a big knock, if the hosts are to achieve a favourable result in the Test match.

In reply to Kiwi's 365, the hosts were 283 for five with Kohli batting on 93 in company of Dhoni who was unbeaten at 46 at the end of the second day's play.

"It is necessary for Dhoni and Virat to play well in the first session tomorrow and if either of the one makes a big score it will benefit us. The next three days of the Test match are very crucial for India," Raina, who scored 55, told reporters.

'We looked to play positively' Raina said the Kiwi pacers bowled well and were well supported by the fielders, who saved about 30-40 runs.

Raina said he came out with a positive frame of mind, counting on good partnership he had with Kohli earlier.

"We looked to play positively and decided to hang in and left good balls because Tim Southee and Trent Boult were bowling well and getting reverse swing," he said.

'We checked our aggression and spent more time at the crease' 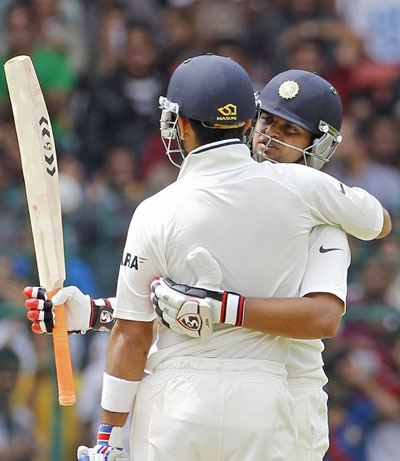 Raina said there was no conscious plan to attack Kiwi spinner Jeetan Patel and he was actually advised by Kohli to stay calm and wait for loose deliveries.

"We had to play positively because the Kiwi seamers were bowling well, but at the same time we checked our aggression spend more time at the crease," he said.

Raina said it was disappointing to get out, glancing down the leg side for second consecutive time in the series.

Tags: Jeetan Patel , ORaina , Raina , Kohli , Kiwi
More
© Copyright 2022 PTI. All rights reserved. Republication or redistribution of PTI content, including by framing or similar means, is expressly prohibited without the prior written consent.
Write a
Comment
Print this
article