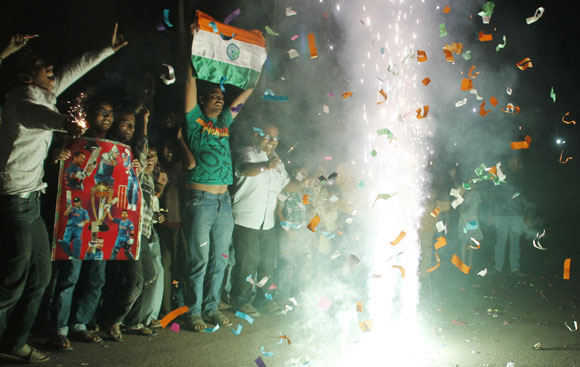 India and Pakistan are set to resume cricketing ties. The BCCI has agreed to play three ODIs and two T20 matches with the arch-rival. The neighbouring countries have not played each other in a bilateral series for close to five years.

The decision to resume cricketing ties with Pakistan was taken by the Board's powerful Working Committee, which met on Monday, evoking mixed reactions from former cricketers and fans from both countries.

"It was decided to resume cricketing ties with Pakistan by inviting the Pakistan cricket team for a short series in December 2012–January 2013. The modalities will be worked out shortly," the BCCI said in a statement after the meeting.

India and Pakistan last played in a bilateral series in November 2007. The series was clinched 3-2 by India. 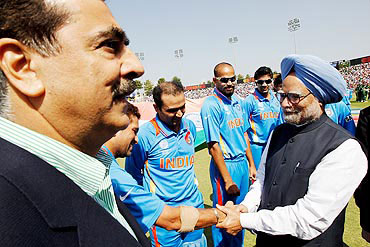 The series will be played in December-January. Kolkata, Chennai and Delhi will be the venues for the one-dayers while Bangalore and Ahmedabad will host the two T20 matches.

The BCCI has scheduled the short series when England returns from its tour of India for the Christmas break.

Ties were snapped after the 2008 Mumbai terror attacks and there have been several attempts by the Pakistan Cricket Board in recent months to convince the BCCI for a resumption as the contests featuring the two arch-rivals are a huge hit with fans and generate good revenue.

There have been only three Indo-Pak ODIs in recent times 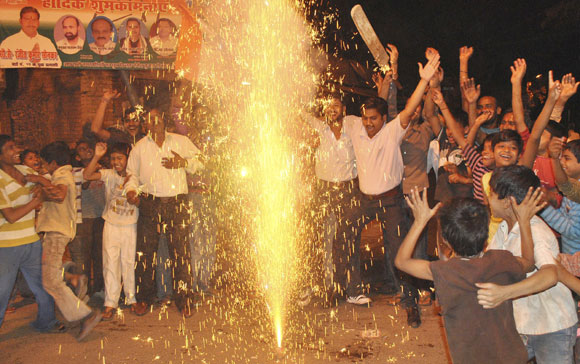 The PCB was keen on hosting India to end the international isolation that came with the 2009 Lahore terror attack on Sri Lankan cricketers.

But with the BCCI reluctant to agree to such an idea because of security concerns, PCB was also willing to play on neutral venue.

The resumption of cricket ties also got a boost after the foreign secretaries of both the countries asserted that sporting relations should be strengthened.

The thaw in the relations was evident much earlier when the BCCI invited Pakistan's domestic Twenty20 champion Sialkot Stallions to participate in the Qualifying Tournament of Champions League Twenty20 to be held in South Africa later this year.

During the visit of PCB chief Zaka Ashraf to India last year and the subsequent ICC and Asian Cricket Council meetings in Malaysia, there had been discussions between officials of both the Boards on the matter.

The two neighbours haven't played a bilateral series owing to political reasons since 2007, when Pakistan toured India. Three ODIs in the last three years is all they have met in.

Cicket diplomacy has played a part in bringing the neighbours closer 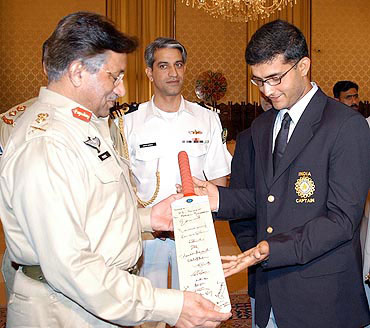 With leaders of the two countries meeting frequently in recent times, coupled with the fact that the respective Boards are keen for the same, speculation was rife that it won't be long before an announcement to this effect was made.

But even if cricketing ties do resume, one cannot negate the possibility of them getting affected by political considerations yet again.

Even though sporting relations between the two countries have suffered owing to political tensions, cricket diplomacy has played a part in bringing the neighbours closer.

If it was Zia-ul-Haq who set the precedent in 1987 by watching a Test with his Indian counterpart (Rajiv Gandhi); earlier this year Prime Minister Manmohan Singh followed suit inviting his Pakistan counterpart (Yousuf Raza Gilani) and President Asif Ali Zardari to Mohali to watch the much-hyped World Cup semi-final between the two countries.

The success of that match led to calls of resuming bilateral series between the teams.

PCB's prayers have been answered 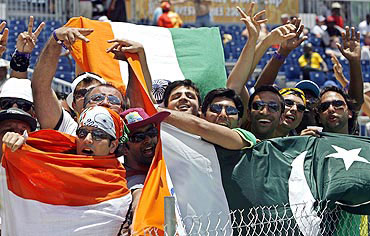 The Pakistan board took the first step to this effect last year, expressing intent to tour India first, if need be.

The Indian team touring Pakistan seemed out of question considering international cricket has been suspended in that country since the terrorist attack on the Sri Lankan team in Lahore in March 2009.

Ashraf, who took over from Ijaz Butt last month, had late last year said he had written to BCCI president N Srinivasan to revive the series between the two countries, 'because it's a game and should be kept away from politics'.

The fact that only a handful of countries play cricket further increases the importance of such a popular series, something the international cricketing body (ICC) is fully aware of.

There was a big glitch though. With Team India having a packed itinerary, culling out dates for a possible bilateral series, irrespective of where it is played, is an impossible task.

However, the BCCI seems to have found a way out. And PCB's prayers have been answered.