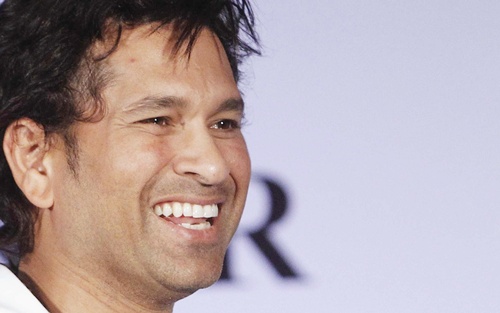 Senior cricketer Sachin Tendulkar, who played a crucial role in Mumbai's conquest of their 40th Ranji Trophy title this season, on Wednesday received award for striking the fastest century in the national championship at the annual awards function of Mumbai Cricket Association.

Tendulkar, who slammed the century against Railways at the Wankhede Stadium, received the award at the hands of fellow Mumbai stalwart and former India captain Dilip Vengsarkar, with several former Test and first-class cricketers present. 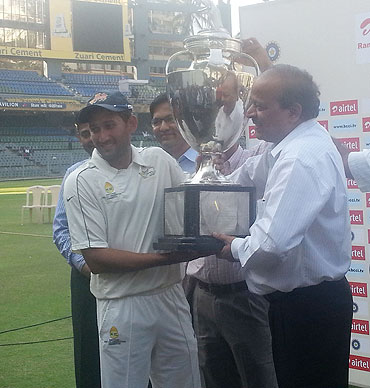 The Mumbai Ranji Trophy team was also felicitated for achieving their stupendous feat. They beat Saurashtra by an innings.

Interestingly, along with other members of the team, the name of Ankit Chavan, arrested by Delhi police in spot-fixing scandal this month, too was called out.

Nobody came forward to receive the award on his behalf. 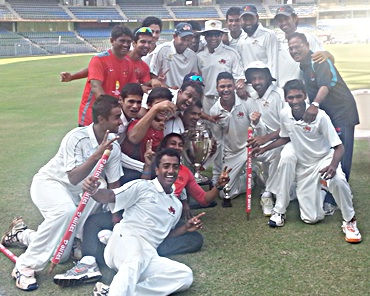 Also getting the award for scoring the fastest hundreds in Ranji were Ajinkya Rahane (2010-11) and Rohit Sharma, in absentia, for 2011-12.