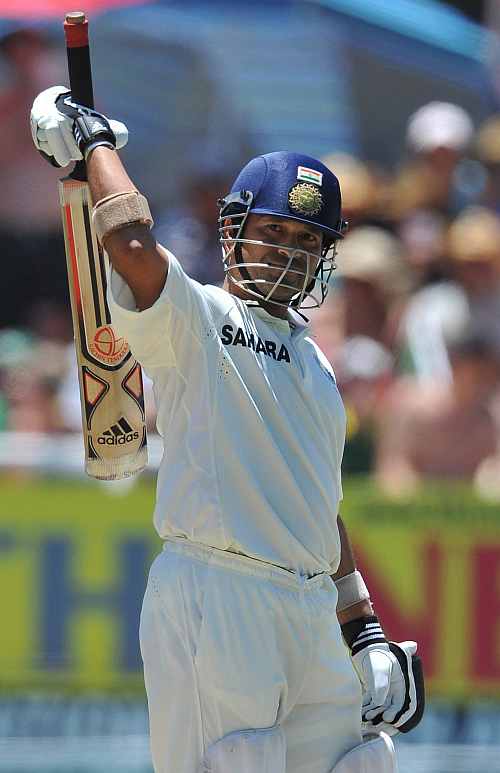 With age, Sachin Tendulkar has become vulnerable to full length deliveries but is "not finished" as yet, feels former cricketer Sanjay Manjrekar.

- Is Tendulkar on the decline?

Tendulkar, 39, was bowled thrice in four innings in the just concluded India-New Zealand Test series, prompting many to announce his end as a quality batsman.

Manjrekar feels that Tendulkar still adds value to the Indian batting line-up and must be a part of the Indian side which will tour South Africa in November.

"To me, the way Tendulkar got out in his three innings against New Zealand does not suggest, by any stretch of imagination, that he is finished as an international batsman.

"I will stand by what I have said all along about Tendulkar: that his run-making at the international level will stop only when he stops playing. Until then, he may not dominate as he used to but he will still be a good enough batsman to get runs at the highest level, and to add value to the Indian team, especially in Test cricket," Manjrekar wrote in his column for ESPNCricinfo. 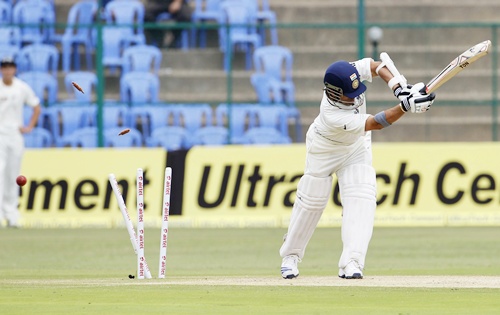 Manjrekar argued that Tendulkar is not the first batsman who is struggling with full length deliveries and the fighter in him will surely sort out this batting problem.

"I have seen with great players, as they age, that it's the full delivery that seems to bother them more than short ones. Short balls land on the pitch well before full-length ones do, so their mystery is revealed to the batsman earlier.

"Watching a ball from the point of release to almost right under your eyes is not easy to do; great batsmen do it as a matter of habit, but with age they have to remind themselves to keep doing it right through their innings.

"Tendulkar is not the first great ageing player who is finding the full ball a bit of a handful. Other outstanding batsmen have had the same problems -- Javed Miandad and Gundappa Viswanath, and more recently Dravid and VVS Laxman among them," Manjrekar explained.

'No one hates failure more than Tendulkar does' 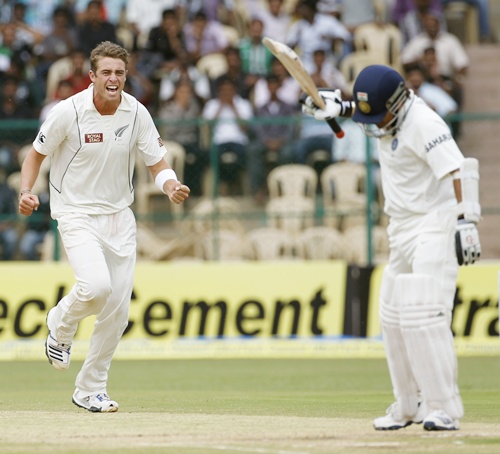 Manjrekar said Tendulkar is well aware of the difficulties that an ageing batsman has to face and soon he will find answers to them.

"Tendulkar knows that his batting discipline needs to become increasingly rigorous with the clock ticking, and I think he lives for such challenges. This is a game he knows inside out, and he will surely find a way back from this little setback," he said.

"There is an important reason why I think Tendulkar is still relevant in Indian Test cricket: it's because of the fierce competitor within him. No one, I have seen, hates failure more than Tendulkar does, or can make the sacrifices necessary to overcome it," he concluded.
© Copyright 2021 PTI. All rights reserved. Republication or redistribution of PTI content, including by framing or similar means, is expressly prohibited without the prior written consent.