Tiwary, Sharma have Test berth in sight in Ranji battle 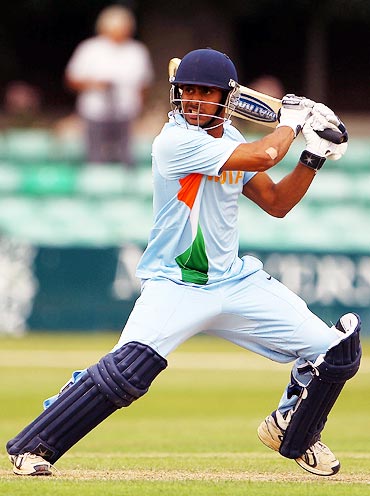 Bengal captain Manoj Tiwary and his Mumbai counterpart Rohit Sharma are eyeing spots in the Indian middle-order which has opened up following the retirement of Test greats Rahul Dravid and VVS Laxman even as they are focusing on their current jobs in the Ranji Trophy.

"I think I am performing really well. Definitely I am looking for a berth in the Test side. Looking forward to the chance I may get. But it depends on the selectors," said the 27-year-old Tiwary ahead of the Ranji match against Mumbai starting on Saturday.

Sharma, who missed his Test debut against South Africa in Nagpur due to an ankle injury, said a spot in the national team is on the back of his mind even as he represents Mumbai.

"Yes, it is. Whenever you are going out, you always want to play at the top level, which is playing for India, so always things are there at the back of my mind but I don't want it to affect my game," said Sharma.

"It's your ultimate goal, to be part of the national squad, but I don't want to put any pressure on myself. I want to enjoy what I am doing right now, so I will continue doing that," said the 25-year-old Nagpur-born player who has played 85 ODIs and 32 T20 internationals.
Tags: Sharma , Mumbai , Manoj Tiwary , VVS , T20 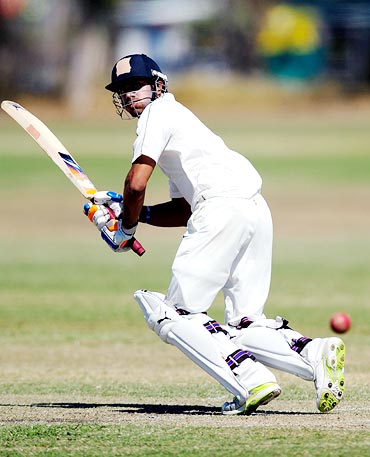 Both batsmen have realised it pays to have patience.

"When I started I was an aggressive batsman by nature but then I realised I had to curb my instincts because, you have to have patience to score big runs. It can't just come if you

play quickly or take too many risks initially," said Tiwary, who has played 8 ODIs and 3 T20Is since making his international debut in February 2008.

"Being the senior member of the side and a responsible batsman, I try to occupy the crease because all the other batsmen gain a lot of confidence when I am around. It becomes an added responsibility. I have to score big runs in order to get into the Indian team," he added.

Sharma talked about having become more responsibility after being made the Mumbai captain, albeit as stand-in for the injured Ajit Agarkar.
Tags: Ajit Agarkar , Tiwary , Mumbai

'Added responsibility doesn't mean I will stop playing my shots' 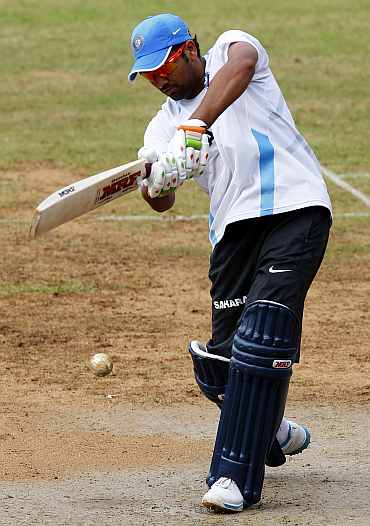 "It (captaincy) was an added responsibility and I am enjoying it. It will definitely change my approach to the game. I am trying to lead from the front.

"(But) Added responsibility doesn't mean I will stop playing my shots. If the ball is there to be hit I will go for it. It doesn't change my game at all. But I am more careful now," insisted, Sharma who has looked good in the middle in his international career before throwing away his wicket at times.

Asked about Tiwary's chances to break into the Indian squad, Bengal coach W V Raman said the key was not only scoring consistently well in the domestic circuit but also perform at the right time.

"He is in a situation where not only he has to keep performing but also has to time his performance right. The timing of performance is very critical. That will be the key," felt Raman.
Tags: Raman , Sharma , Tiwary
More
© Copyright 2022 PTI. All rights reserved. Republication or redistribution of PTI content, including by framing or similar means, is expressly prohibited without the prior written consent.
Write a
Comment
Print this
article
ALSO
READ