Pujara 'fully motivated to do well' 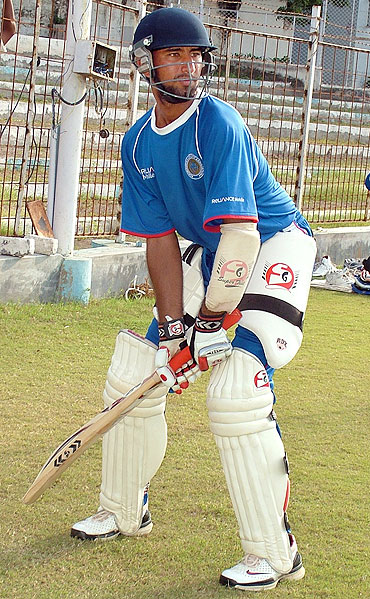 Back in the squad for the Test series against New Zealand, Cheteshwar Pujara is determined to perform and contribute to India's winning cause.

Life after Rahul Dravid and VVS Laxman, the two stars of Indian cricket who retired in the aftermath of the 0-8 debacle overseas last season, may look difficult, but Cheteshwar Pujara offers a ray of hope.

Pujara was the obvious choice after Dravid's retirement in March. Now that Laxman, too, surprisingly retired ahead of the Hyderabad Test, the Saurashtra middle-order batsman feels the youngsters need to live up to the challenge.

"Not only us, all cricket lovers will miss them. Both VVS and Dravid have set benchmarks. It's a huge inspiration for the youngsters in the side. If we can at least try and emulate it, it would really help," he said.

"Obviously the youngsters in the side would have to take more responsibility now. It's difficult to replace them straightway. But they have been our motivation and now it's time to live up."

Pujara, Suresh Raina and Subramaniam Badrinath are in contention for the two vacant slots, but the Saurashtra lad, known for his temperament and technique best-suited for Test cricket, said he is not looking too far ahead.

"I'll look to perform and contribute to India's winning cause. I know that's the outcome if I win matches for India," Pujara said.

'I knew I would make it to the team once again' 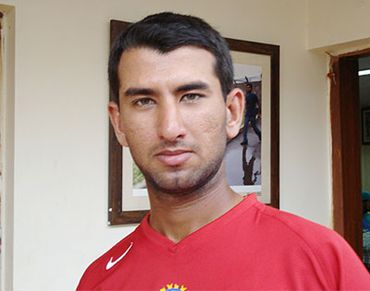 Pujara, who has played just three Tests, will be making a comeback after knee surgery in London. He said he is hugely motivated to do well in the series.

"It was a tough last year. One of the toughest phases... I had to deal with my knee injury and then my father had to undergo bypass surgery," he recalled about the last season when he went into sidelines after playing two Tests in South Africa.

"You always have to start from scratch after an injury. The rhythm takes a beating as you are out of practice for three-four months.

"But I never lost heart. I believed in myself. I knew I would make it once again. The support which I got from my father was immense.

"I miss my mother (who died five years ago), but I know she is there with me through her prayers.

She is there in my thoughts, something that helps me to do well," Pujara said.

"Thankfully, I've now overcome that phase. I'm fully motivated to do well. I know if I perform well, I'll cement my place (in the side). So priority is to score runs and win matches for India," he added.

'Winning a Test match is really a memorable experience' 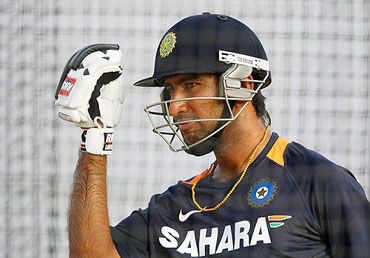 It was on Australia's tour of India in 2010 that Pujara had made a dream debut, scoring a match-winning 72 in the fourth innings.

The fact that the innings had come after failure in the first innings, in which he had got out for four, made it more special for hom.

"I got out to a low ball in the first innings. I was promoted to No 3 in the second innings and Rahulbhai dropped himself down (to No 5) as we had to chase a target (207). It was a move that paid off. Winning a Test match is really a memorable experience," he said.

But it was reality check on the bouncy South African wickets where he could only aggregate 31 from two Tests in Durban and Cape Town.

"Facing two of the great fast bowlers -- (Dale) Steyn and (Morne) Morkel -- was a big learning experience, especially in bowling-friendly conditions," he said.
© Copyright 2022 PTI. All rights reserved. Republication or redistribution of PTI content, including by framing or similar means, is expressly prohibited without the prior written consent.