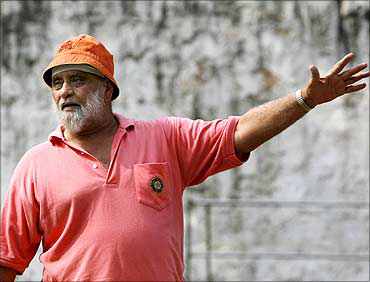 Former India captain Bishan Singh Bedi, who never misses an opportunity to take a dig at Muttiah Muralitharan and Harbhajan Singh, has once again lashed out at the two premier off-spinners.

"I called him (Murali) a javelin thrower. I can call him a shot-putter. People say that he has got 800 wickets. I would rather say that it's 800 run-outs!" said a sarcastic Bedi on Tuesday during a panel discussion at the RSD Summit on World Cricket, organised in the memory of late Raj Singh Dungarpur.

"On one hand you have Shane Warne who is a magician and then you have Muralitharan on the other hand. It's total shambles. And Harbhajan Singh is no different," Bedi was scathing in his criticism.

'You can't bowl a doosra if you don't straighten your arms' 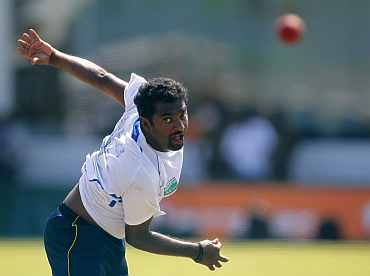 But when former UCBSA supremo Ali Bacher said that he didn't find Murali to be a chucker, Bedi found a supporter in former Australian captain and legendary coach Bob Simpson.

"You can't bowl a doosra if you don't straighten your arms and that's chucking," both Bedi and Simpson said in unison.

Asked about how they got clarified by International Cricket Council (ICC), Bedi was curt, "When they are taken in the laboratory, you find them within the permissible limit but not during the matches. It's all useless to say about 18 degrees. Their arms bend at 35 to 40 degrees."

However another former captain Kapil Dev begged to differ on the chucking issue. "I don't blame Murali for this problem. The problem is with the authorities who allow people to do wrong things." 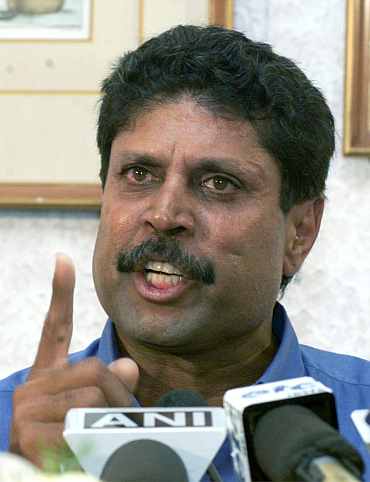 Another issue that came up for discussion was match-fixing and spot-fixing.

Nawab Mansur Ali Khan Pataudi said, "It's time we have a much more pro-active, eloquent and constructive BCCI for the benefit of the game.

"I have spoken to a lot of senior police officials and they say that laws of gambling in this country are very vague. There are lot of central cabinet ministers in BCCI and also the leader of opposition. They should press hard for more stringent laws as 80 per cent of the viewership is in the sub-continent."

"The ICC is the voice of cricket but BCCI is the invoice," Pataudi said during his closing lecture on Raj Singh Dungarpur.

Kapil was in fact more concerned about the youngsters getting obscene amount of money playing in IPL.

"There is no harm in players getting money but, if you give a youngster million dollars, it's very difficult to manage that amount of money," Kapil said.