'Mr Srinivasan, quit before you drag Indian cricket down the gutter with yourself' 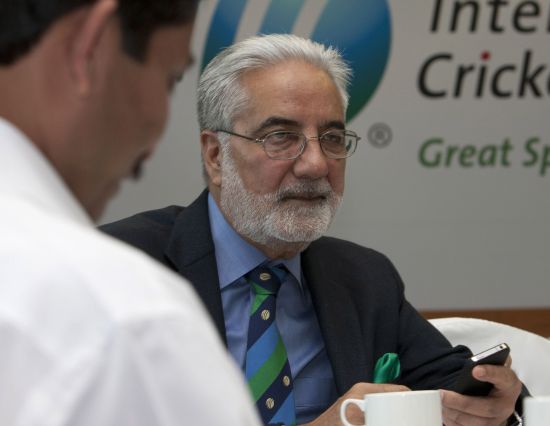 Former Board of Control for Cricket in India president I S Bindra lashed out at N Srinivasan for "shamelessly sticking to his chair" even after Supreme Court's observation to step down, and asked him to quit immediately.

The Supreme Court had observed on Tuesday that Srinivasan must step down as BCCI president to facilitate a fair probe into the IPL betting and spot-fixing scandal and Bindra said the game has gained disrepute due to a single man's obsession with power.

"It's a moment of shame for us to see the game gaining such disrepute across the globe for a single man's obsession with power. It is time for all of us involved in the sport, all the stakeholders of the game in the country, to take a call and express our displeasure at the way the game is being administered," Bindra said.

"What stung me most was the use of word 'nauseating' by the apex court in describing BCCI and its chief, N Srinivasan. If that is not reason enough for someone to be ashamed, I wonder what is? It has been over 24 hours and the BCCI and its chief have taken no action as yet," he said in his blog on Wednesday.

"Mr. Srinivasan, are you able to see the writing on the wall? Quit before you drag Indian cricket down the gutter along with yourself," he added. 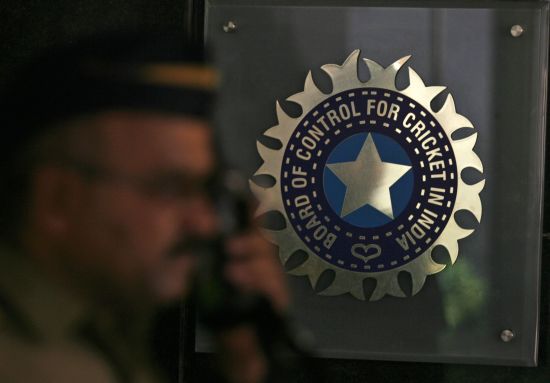 He also took pot-shots at the BCCI top brass for not coming out in the open with clear views against Srinivasan.

"What surprises me even more is the fact that there has been no murmur from the top brass in the BCCI. Yes, there have been statements from the BCCI vice-presidents, but they are too open-ended. The inaction by the BCCI top brass reflects Srinivasan's shamelessness to stick to his chair.

"How else would you explain the defiance by the man? He is surely worried about the skeletons in the cupboard tumbling out if and when he departs. Why else would he be resisting stepping down after being castigated by the Supreme Court?" Bindra asked. 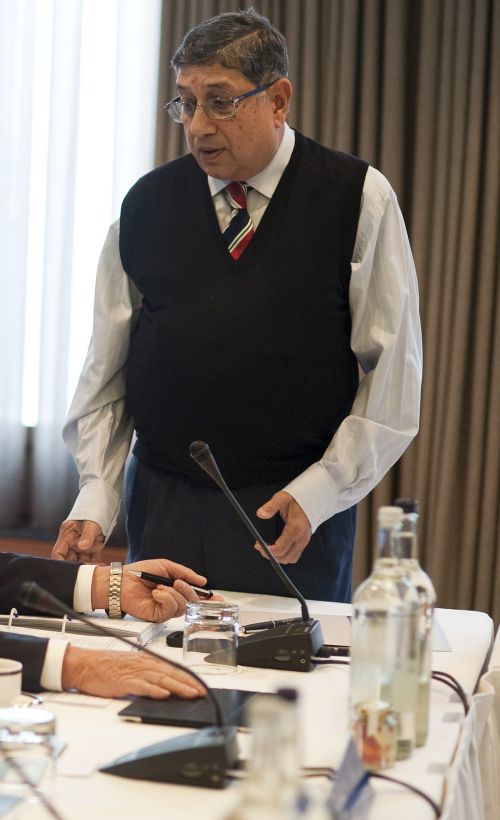 Bindra said the image of cricket will not improve as long as Srinivasan is at the helm of affairs in the BCCI.

"I fully agree with the apex court's observation that till Srinivasan is not removed, the real truth of match-fixing saga will not be revealed and the main culprits will not be brought to justice.

"Most importantly, image of cricket will not improve. The longer he takes to vacate the chair, the longer it will take to regain confidence of fans and stakeholders. I appeal to all right-thinking BCCI officials to stand and be counted.

"IPL needs an urgent cleansing process. It requires a concerted effort from top to bottom. But it seems that there is just no will to cleanse the sport or improve the image of the tournament. Everyone is happy with the money being doled out to the various associations through the process of IPL."

'Why hold IPL in the hotbed of fixing' 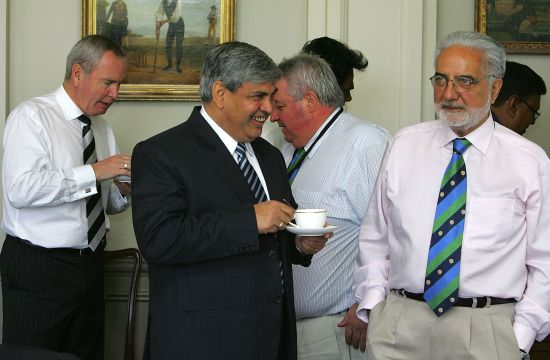 Bindra supported another former BCCI president Shashank Manohar, who has also called for suspension of the IPL till a thorough probe of all matches by the CBI nails the culprits involved in the fixing scandal and the game is cleaned up.

"I wholeheartedly support Shashank Manohar's suggestion to cancel IPL 7 this year till the mess is cleaned up. We can re-assemble in 2015 once the tournament is cleared of the unwanted elements. With so many doubts and questions around the tournament's integrity, the players and officials' integrity, it is better to not have the tournament this year."

He also supported Manohar's view against holding the first leg of this season's IPL next month in the United Arab Emirates.

"Manohar has made a valid point. Why hold IPL in the hotbed of fixing, Sharjah? As BCCI president and later as a senior member I was party to the boycott of the venue, which I believed was the epicenter of nefarious activities in cricket.

"In a policy announcement, the government of India had refused permission to the Indian cricket team to play in Sharjah and advised the Board of Control for Cricket in India (BCCI) not to participate in these 'non-regular venues' especially Sharjah.

"I think, we still have time and we can still pull matches out of Sharjah. This IPL provides a backdoor entry for Sharjah to be accepted by one and all."