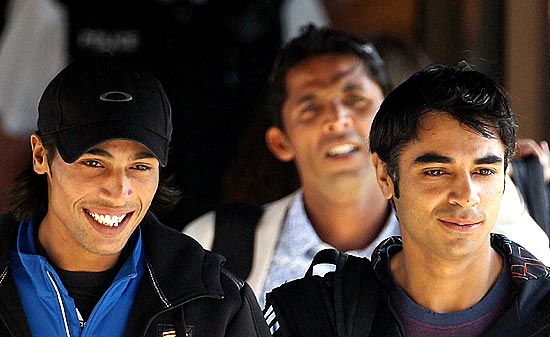 Harish Kotian on the key players in the spot-fixing episode.

It was a moment that not only disgraced Pakistan cricket but the game of cricket overall. And, Salman Butt, Mohammad Asif and Mohammad Amir were convicted and sent to jail for their role in the spot-fixing saga.

Butt and Asif were found guilty, by London's Southwark Crown Court on Tuesday, of taking bribes to fix part of a Test match against England, while Amir, who had admitted his part in the scam before the trial started, plotted to bowl deliberate no-balls at pre-arranged times during the Lord's Test in August last year.

On Thursday, the trio were sentenced to jail terms. Justice Jeremy Cooke, who delivered the jail sentences, said the three players had let down their fans and damaged the image of the sport.

"This is not cricket. You have let down all supporters of the game. The image and integrity of cricket has been damaged. Your motive was greed, despite the legitimate rewards on offer in salaries and prize-money," he said, adding, "only imprisonment will suffice."

The three players have already been banned from playing by the International Cricket Council for five years.

The spot-fixing plot came to light last year after a sting operation by the now defunct News of the World newspaper. The saga was orchestrated by Butt and sports agent Mazhar Majeed, London's Southwark Crown Court was told.

A look at the key players in the spot-fixing saga:

'I consider you were guilty for corrupting Amir' 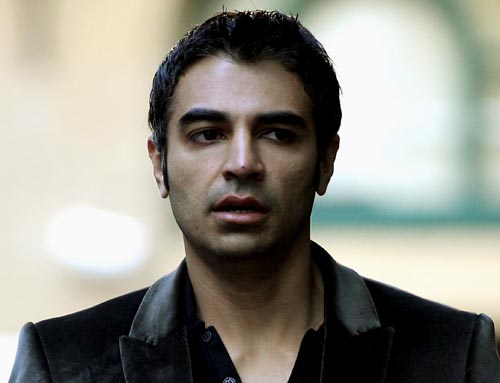 On a day when Salman Butt should have been celebrating the birth of his new son with friends and family in Lahore, the former Pakistan captain was found guilty of spot-fixing.

Two days later, the left-hander was sentenced to two-and-half years in jail.

The judge said Butt was the mastermind behind the crime and he deserved a longer sentence.

"Clear to me you were the orchestrator of these activities, you bear major responsibility," Justice Cooke told Butt.

"I consider you were guilty for corrupting Amir," he added.

Butt, appointed Pakistan's captain during last year's tour of England, told the court his agent Majeed asked him to rig parts of crunch games at the 2010 Twenty20 World Cup and last summer's Test series, but he had ignored the requests.

Butt, who made his Test debut for Pakistan in 2003 and played 33 Test matches and 78 one-day internationals, admitted he did not fulfill his duty to inform the cricketing authorities about the corrupt approach.

An elegant left-handed batsman, Butt was given the task of guiding a troubled Pakistan side out of turmoil when he was appointed captain in July last year for the second Test against Australia after Shahid Afridi quit the post abruptly.

He made an immediate impact by winning the Test, played at the neutral venue of Leeds in England, by three wickets, but the subsequent series against England brought his 33-Test match career to a premature halt.

Amir gets six months in jail 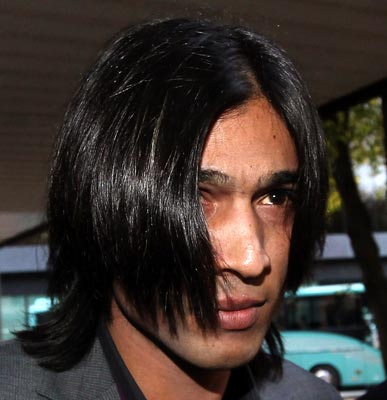 Mohammad Amir was tipped to become one of the world's best bowlers before being suspended for five years by the International Cricket Council in February for his role in the spot-fixing scandal.

During a prolific 2010 season, the teenaged Amir was named man of the match after becoming the youngest player to take a five-wicket haul in England. He also grabbed 19 scalps during the four-match series.

In a career spanning 14 Tests, since his debut in 2009 against Sri Lanka, Amir claimed 51 wickets.

Amir admitted the same charges in September, but his guilty plea could not be revealed until the end of the trial of his team mates. He got only six months in jail because of his young age and admission to the crime.

Asif will spend a year in jail 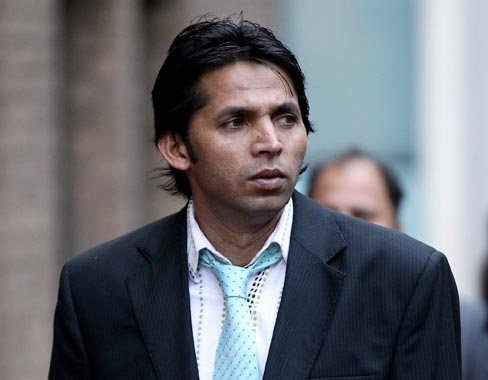 Mohammad Asif was first selected for Pakistan in 2005 and represented his country in 23 Tests and 38 one-day internationals. He was accused of plotting to bowl deliberate no-balls at pre-arranged times during the Lord's Test in August last year.

He will spend a year in jail in the UK.

Agent Majeed promised a reporter from the News of the World that Asif and Amir would deliver three no-balls at specific points during the Lord's Test. The no-balls were bowled as promised, with the probability of someone predicting this by chance estimated by a cricket statistician as 1.5 million to one.

The 28-year-old Asif was in trouble with the authorities before, having tested positive twice for a steroid and getting caught with a recreational drug in his wallet at Dubai airport.

Majeed made 'masses and masses of money' 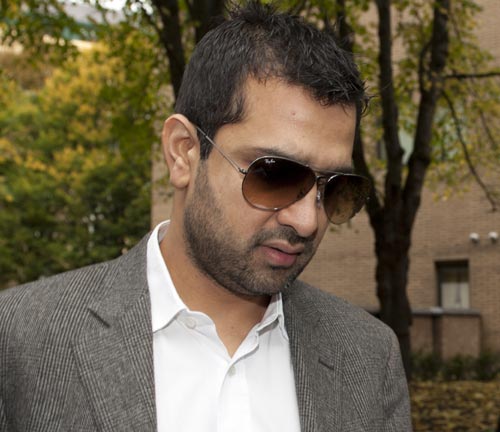 Mazhar Majeed was sentenced to two years and eight months in jail for arranging the entire scam.

The man at the centre of the spot-fixing controversy is known to many members of the Pakistan team as a UK-based agent and has spent the past decade building up an image as a successful businessman.

Majeed, 36, boasted to Mazher Mahmood, an undercover journalist with the now defunct News of the World newspaper, that he could arrange for Pakistan players to rig games for money and how huge sums could be made for gambling syndicates.

Majeed said he had been carrying out match-fixing for 2-1/2 years, had seven players from Pakistan's national side working for him, and had made "masses and masses of money".

Rigging the outcome of a Test match would cost one million pounds, Majeed said. The agent was secretly filmed accepting 150,000 pounds in cash from the journalist as part of an arrangement to rig games.

Majeed was also well-known in south London as the owner of a local football club as well as a property developer who invited politicians and sports stars to his events.

The unsung hero in the spot-fixing episode 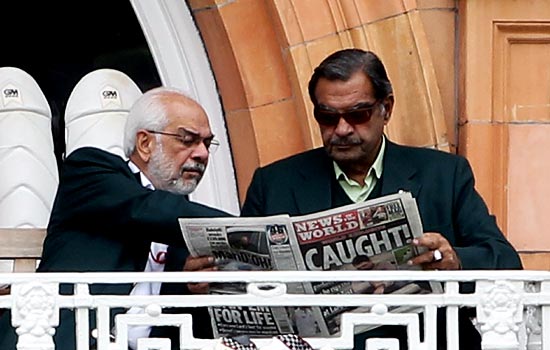 Mazher Mahmood, along with British newspaper News of the World, which closed down on July 6, 2011, deserve rich plaudits for their role in exposing the spot-fixing saga.

Incidents of spot-fixing are difficult to detect because they have no influence on a game's outcome. It involves a player, or players, agreeing to perform to order. For example, a bowler might deliberately bowl consecutive 'wides' in his second over or a batsman could make sure he does not reach double figures.

The offences in the Lord's Test came to the authorities' attention only after a sting operation by the abovementioned paper.

Mahmood, the former investigations editor with News of the World, is reported have paid 𧵄,000 after an initial 㾶,000 cash payment to agent Majeed to prove his commitment to spot-fixing.

Without doubt, he is the unsung hero in the whole spot-fixing episode. His contribution will go a long way in making the sport clean. The jail terms for the three Pakistan players should act as a major deterrent for other players.