Sign in  |  Create a Rediffmail account
Rediff.com  » Cricket » Looking back at 2012: Clarke, Cook were the best in Tests

Looking back at 2012: Clarke, Cook were the best in Tests 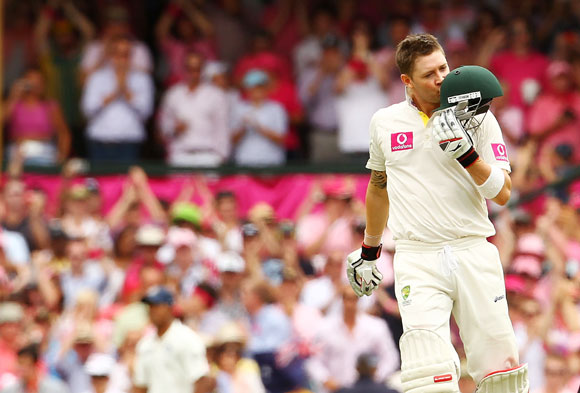 However, there were only a few who could get past the 1,000 runs in the year. rediff.com takes a look at the five batsmen who surpassed the coveted figure.

Captaincy can either affect a player's performance or bring the best out in him.

Suffice to say Michael Clarke is enjoying his stint as the Australian captain. The numbers he has recorded this year suggest nothing else.

From a spectacular 329 not out against India in the first innings at Sydney, his first Test in 2012, to the equally magnificent 210 against the same opponents in Sydney, Clarke lead Australia from the front (with 626 runs in four Tests) as MS Dhoni's team was thrashed 4-0.

The 31-year-old was equally impressive in the home series against South Africa, scoring 576 runs in three Tests (@144), including successive double hundreds. However, it wasn't enough to stave off a series defeat.

Clarke albeit hit back strong, scoring 74 and 57 not out, as Australia thrashed Sri Lanka in Hobart and followed it up with a dogged 106 in the Boxing Day Test in Melbourne.

Cook led England from the front 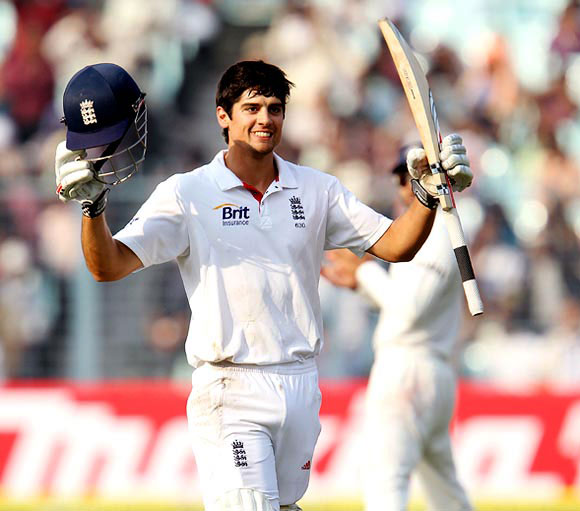 Another instance where captaincy brought out the best in a player, Alastair Cook began the year with a dogged 94 against Pakistan in Abu Dhabi and maintained his consistency against Sri Lanka, West Indies and South Africa.

However, it was on tour to India, the country where he had made his Test debut more than six years back, where he made his presence felt.

Having taken over captaincy from Andrew Strauss (retired), Cook couldn't help England stave defeat in the opening Test in Motera. His resilient 176 in the second essay though gave his side hope.

And the captain carried forward with his responsibility, scoring 122 in Mumbai and 190 in Kolkata while leading his side to wins in both the Tests.

Cook's figures at the end of the series made for an impressive read: 562 runs in four Tests (@80.29), even as England secured a series win on Indian soil after 28 years.

Amla had yet another stellar year 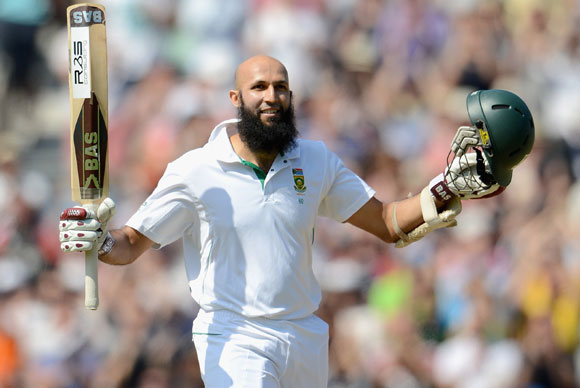 One of the best batsmen at present, across formats, Hashim Amla had yet another stellar year.

Even though he began slowly, scoring just 142 runs (@35.50) in his first three Tests, the 29-year-old was a class apart in the series in England.

An unbeaten 311 in the opening Test at The Oval and a resilient 121 in the third Test at Lord's played a crucial role in South Africa securing a series win and taking over the No.1 ranking from England.

An equally spectacular 196 in the third Test in Perth helped his team seal a series win in Australia, thereby retaining the top spot. 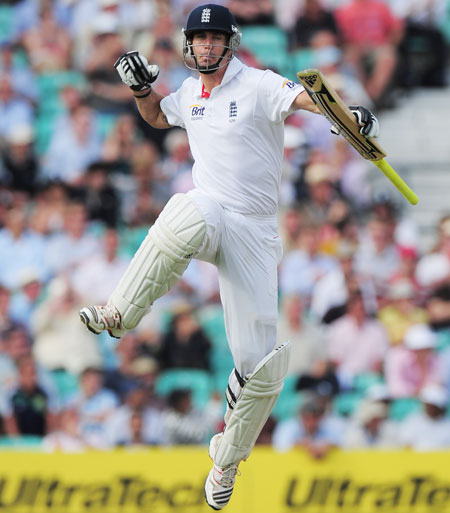 That apart Kevin Pietersen had a stellar year with the bat and yet again underlined his importance in the England set up.

However, a flamboyant 151 in the second Test against Sri Lanka at the P Sara Oval helped England square the series.

Once reinstated, rather re-integrated, it didn't take Pietersen long to make an impact. His characteristically flamboyant 186 in the second Test against India, on a difficult Wankhede pitch, turned the fortunes for England in the series. 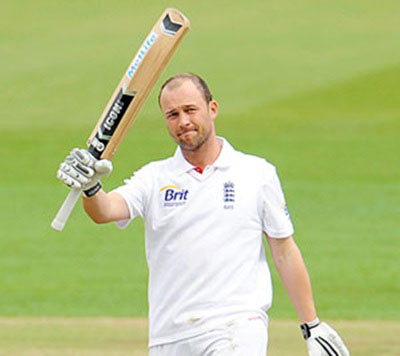 Another Englishman in the list, Jonathan Trott albeit had an average year by his lofty standards.

A resilient 112 in the opening Test against Sri Lanka at Galle, a match that England went on to lose, was followed by a few stray half centuries, not making much of an impact.

However, it was in the fourth and final Test against India at Nagpur that Trott looked like his usual self, scoring a magnificent 143 and helping England draw the match, thereby sealing a memorable series win.