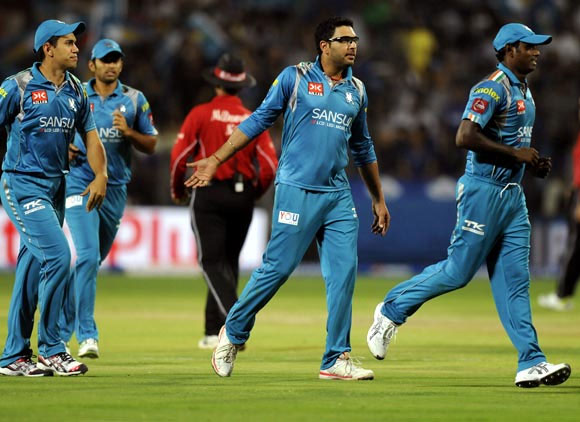 Having ended their 11-match losing streak, going back to the 2012 season, the Pune Warriors will now take on state rivals Mumbai Indians (MI) in their Indian Premier League clash to be played in Mumbai on Saturday.

The Warriors' stock, low after successive defeats in their opening two games of this season, has risen following a clinically-executed seven-wicket victory with more than an over to spare against the Rajasthan Royals.

The struggling Pune franchise, which had previously tasted a victory only on April 21, 2012 against the Daredevils, will be eager to continue their new-found touch against formidable rivals Mumbai Indians in a Maharashtra derby clash.

The under-performing batting line-up clicked for the Warriors against the Royals. A little tweak in the team's composition, forced by the groin injury sustained by Marlon Samuels in the previous match, did the trick. 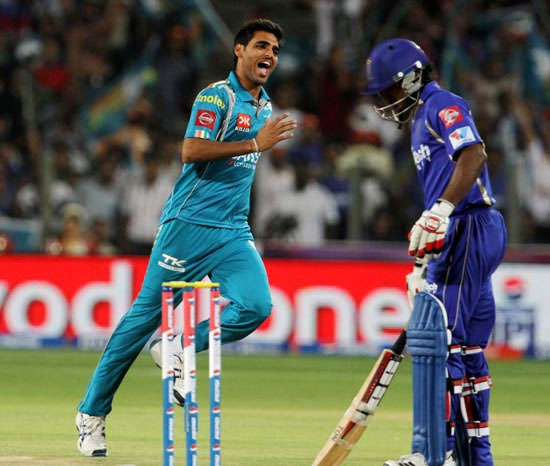 Openers Robin Uthappa, who made a quick-fire 32, and Aaron Finch, who made a crucial 64 in 53 balls in his first game, laid the platform for Yuvraj Singh to finish off the match in style, with a belligerent 28 not out.

Uthappa and Finch gave the innings a flying start by rattling up the 50 in the fourth over itself.

The openers will have to repeat their act against the battle-hardened Mumbai attack.

The Warriors can take heart from the fact that when the two teams previously met at the Wankhede Stadium in 2012, it was they who had the last laugh by restricting the strong MI line-up to 101.

Ashok Dinda was the star performer with a four-wicket haul.

The bowlers have done well for the Warriors in all three games, though Bhuvaneshwar Kumar went for a lot of runs against the Royals.

The bounce that the Wankhede track offers will come handy for Pune's bowlers.

Karthik has been Mumbai's batting hero so far 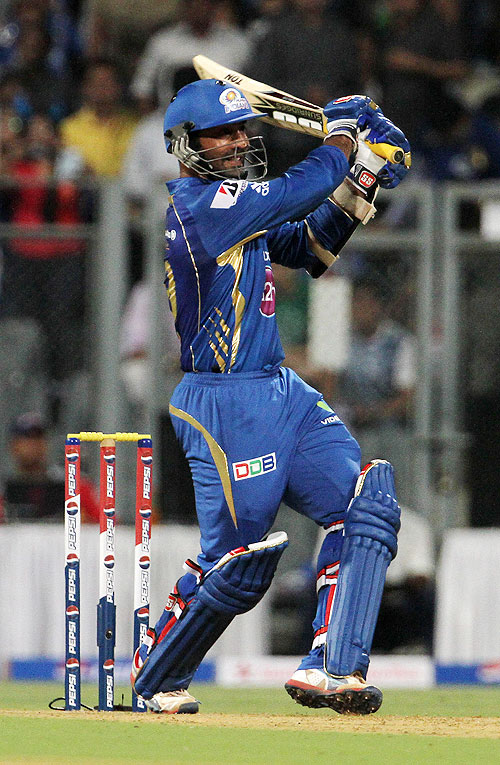 MI, on the other hand, are also on a high, boosted by their back-to-back victories.

They first trumped two-time champions Chennai Super Kings away and then beat Delhi Daredevils in their backyard after losing their opening game to Royal Challengers Bangalore by two runs.

MI would be pleased with the commitment shown by Karthik, who top-scored with 32 when the two teams met last year at this venue in a low-scoring game.

Rohit Sharma -- who put behind two poor displays to finish off the game with a typically dashing 74 and also added 132 runs for the third wicket with Karthik -- while Ambati Rayudu (24 in 8 balls) too chipped in to bring all-round cheers to the MI camp.

Kieron Pollard, after a superb innings of 57 against CSK and a match-turning catch to send back Mahendra Singh Dhoni, also played a cameo to ensure MI crossed the 200-mark that virtually ended the Daredevils hopes.

No changes expected in MI squad 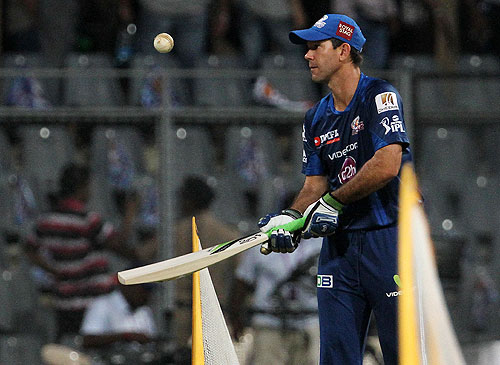 The lack of big scores from skipper Ponting and Tendulkar, who has been run out twice in three games, will be a slight worry for the hosts ahead of their second home game of the season.

Their bowling looks in top form, especially with the return of Malinga to pitch in with what he does well, splendid death bowling.

MI, who capped debutant Jaspreet Bumrah in the game against RCB before benching him, and then Rishi Dhawan in another game, are expected to go in with virtually the same squad that whipped the Daredevils.

A victory over the Warriors would take MI to the top of the league table, currently occupied by the Royal Challengers Bangalore, who clash with CSK some time later in Chennai.