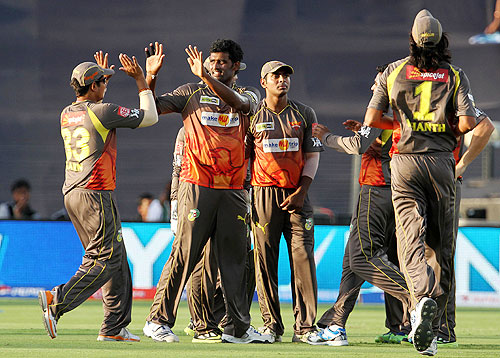 Hosts Sunrisers Hyderabad will once again be banking on its lethal bowling unit to deliver the goods when they take on an unpredictable Kings XI Punjab in a Indian Premier League match, on Friday.

With the world's numero uno bowler Dale Steyn, partnering Ishant Sharma, Thissara Perera and willy leg-spinner Amit Mishra in its rank, the Sunrisers possess a formidable bowling outfit which has played crucial roles in all their four wins so far in the tournament.

The Sunrisers has had a mixed outing in the ongoing IPL, winning four and losing two games from six matches.

Bowling, predominantly, has been Sunrisers' strength and the fact once again came to the fore in their last game against Pune Warriors.

Defending a mediocre target of 120 runs, leg-spinner Mishra produced a stunning performance taking four wickets in five deliveries, including a hat-trick -- his third in IPL -- to pull off an incredible 11-run victory over Warriors. 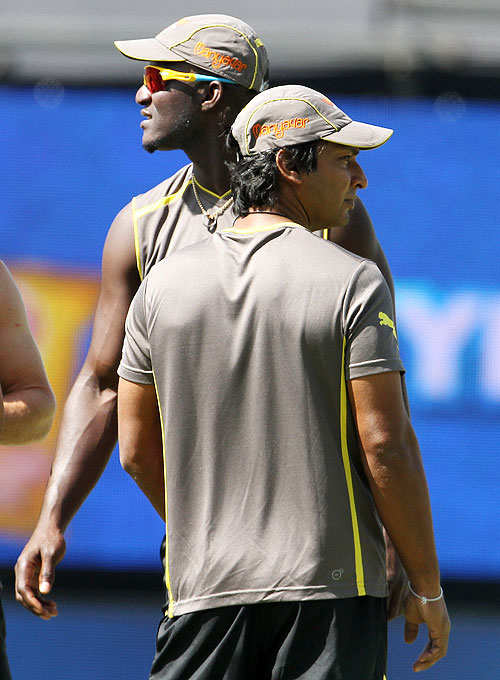 Mishra has also delivered for his side with the bat with useful contributions lower down the order.

However, batting continues to remain a major concern for the Sunrisers.

Skipper Kumar Sangakkara has looked a pale shadow of himself so far in the tournament and Australian Cameron White has delivered in patches.

With Shikhar Dhawan still out of the reckoning due to a finger injury, Sangakkara, White and big-hitting Perera will have to shoulder the bulk of the responsibility with the bat.

Hyderabad will be better placed if there come substantial contributions from Parthiv Patel up the order and D B Ravi Teja.

Gony made a huge impact against KKR 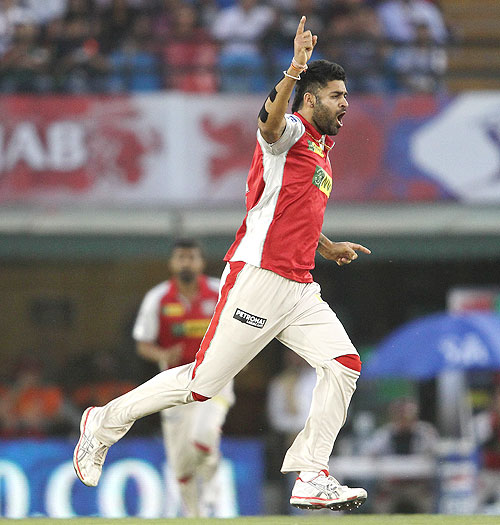 Kings XI, on the other hand, will be high on confidence following their stunning four-run win over defending champions Kolkata Knight Riders on Tuesday.

Defending a decent target of 158, Kings XI restricted KKR to 153 for nine despite a 105-run second wicket partnership between Gautam Gambhir and Eoin Morgan.

Manpreet Gony, playing in his first game of the season, made a big impact in the final outcome of the game against KKR.

First he used his long-handle to good effect as his 42 off 18 balls took Kings XI past 150-run mark, and later, he removed a set Gambhir to bring the Punjab outfit back in the match.

Kings XI would be hoping to stretch their winning run especially after two back-to-back defeats. The Adam Gilchrist-led side has won only two matches out of the four they have played so far in the league.

Mandeep, Vohra have clicked with the bat 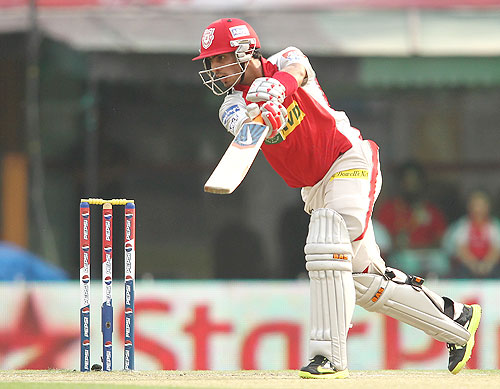 Kings XI began their campaign on a winning note against Pune Warriors but have failed to sustain the momentum.

Hussey, Mandeep and Vohra have been the bright spots in Kings XI's batting line up and expectations from the trio will be high.

As far as Kings XI's bowling is concerned, Praveen Kumar will spearhead the attack with Ryan Harris, Azhar Mahmood and Parvinder Awana in the ranks. Leg-spinner Piyush Chawla, however, is yet to play to his potential.