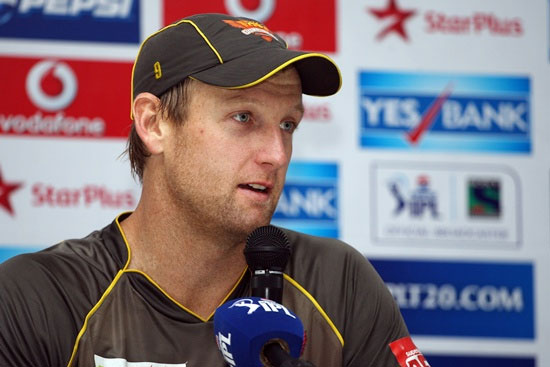 Sunrisers Hyderabad might be currently holding the top spot in the points table in the sixth edition of the IPL but captain Cameron White feels his team is still the underdog.

"Definitely, we are very much still the underdogs. I think there are some big teams out there who are playing really well. We are fighting very hard in every game against any opposition. We definitely don't see ourselves as favourites. We are fighting hard to keep winning," White said on Friday.

"Mumbai (Indians), RCB (Royal Challengers Bangalore), Rajasthan (Royals) are playing fantastic. KKR (Kolkata Knight Riders) are the favourites. We are happy to be playing well at the moment," he added.

A clinical Sunrisers Hyderabad defeated Kings XI Punjab comfortably by five wickets on Friday to register their fifth win in the India Premier League and move to the top of the points table with 10 points from seven matches.

It is a good team effort at the moment' 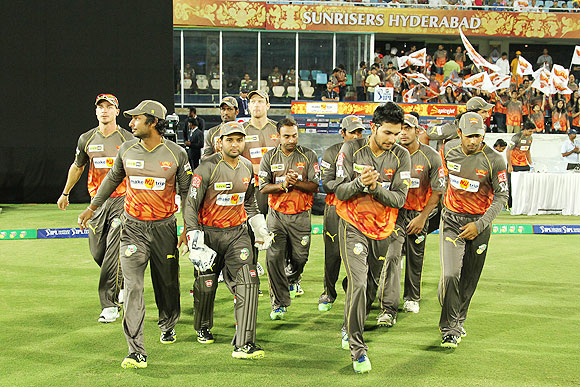 Asked about Sunrisers being at the top of the table at the moment, a modest White said: "We played the most games too.

"It is a good position to be in. We understand, we got to improve to win four or five more games to qualify for the semi-finals. Our bowling and fielding is going well, but our batting still needs to improve a bit," he insisted.

Heaping praise on G H Vihari, White said: "He (Vihari) played very nicely today for us. He played a couple of important innings. Today, it is his best innings. He was nice and positive. He set the run chase up."

"It is a good team effort that has enabled the Sunrisers to move ahead in the competition. Everyone is bowling well at the moment. Karan Sharma has done a great job. Dale Steyn and

Ishant, Thisara are doing a great job. It is a good team effort at the moment, especially in the bowling."

Though White admitted it would be tough to take on Chennai Super Kings in their home conditions on April 25, he said the Sunrisers are looking forward to the challenge.

'Four wickets in five balls was the turning point' 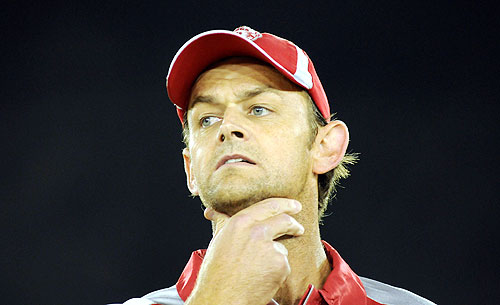 "We were trying to get 140. We did not get there. It's a wicket that wasn't overly consistent. It was not a shocking wicket by any stretch. It was a challenging wicket to bat. We were well positioned to get ourselves to 140.

"Four wickets in five balls. May be four in six balls. It was chaos. That was the turning point," he said.

Asked to describe his 26-run innings off 25 balls including four boundaries, Gilchrist said, "It is a challenge when you are not playing consistently. I am playing IPL 6, considering I retired before IPL I. It has been a magic to be a part of it for sure."

He further added it was a positive sign and expressed confidence of doing well in the rest of the tournament.