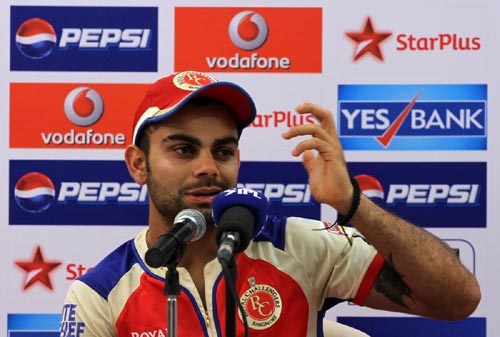 On the field incidents involving players are common in cricket but seldom has a player lashed out at the crowd.

Virat Kohli did precisely that shortly after leaders Royal Challengers Bangalore (RCB) had suffered a humiliating 58-run defeat at the hands of Mumbai Indians (MI) on Saturday.

While accepting his team had been 'outplayed' by the hosts Kohli, who was jeered during the match, was critical of the fans at the Wankhede stadium.

"As far as the crowd is concerned it has happened quite a few games in the past as well," lamented the RCB captain.

"I've no idea why this crowd is so worked up every time," he continued, adding, "They forget that the players from the other teams are also playing for their team.

"There is so much hatred towards other teams in this particular venue. It feels a little weird.

'It's the umpire's job to give the decision' 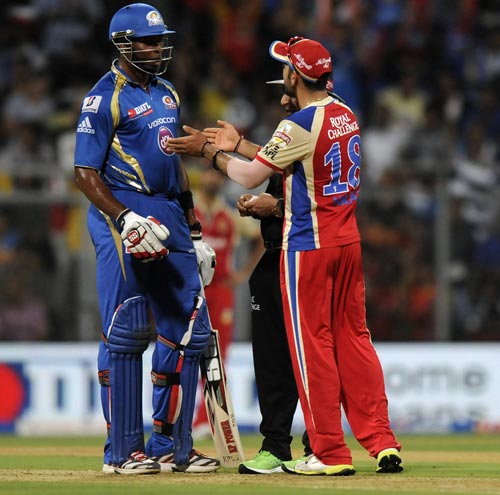 It so happened that during the Mumbai innings, Kohli ran Ambati Rayudu out. The batsman was looking to get back in the crease after taking a start and collided with the bowler (R Vinay Kumar), while the latter was at the stumps to collect the throw.

Found short of his crease, Rayudu had to return to the pavilion even before he had faced a delivery.

The crowd vented their frustration on Kohli, abusing him for his unsportsmanlike conduct. The RCB captain was even labeled a 'cheater'

Kohli, despite his innate talent, isn't exactly known for his sportsmanship. And expectedly he didn't see anything wrong in the decision.

"If there's any intentional interruption from the bowler then it's the umpire's job to give the decision," he reasoned, adding, "But the bowler didn't see the batsman in this case, and neither did the batsman see the bowler. 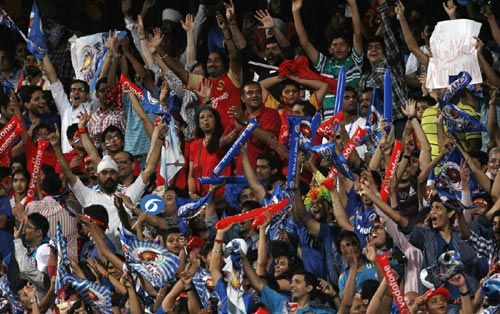 "It's (the decision) perfectly fine, to be honest.

"You should have as much cricket awareness to see when the bowler is coming back to his mark."

The RCB captain didn't take the jeers from Wankhede crowd kindly and was vocal with his displeasure.

"They forget that the players from the other teams are also playing for their team," said Kohli.

"When I come back to play for India, they will cheer for me," he continued, adding, "But it doesn't work that way.

"You come to Bangalore and you will see how the crowds are cheering for every team. Anywhere in India for that matter, people appreciate good cricket.

"I don't know what is wrong with the people in this venue."

His explosive batting may have made him a favourite in recent years. However, if he continues with his misplaced aggression on the field (read erratic behavior) and such tirade against the crowd, Kohli is sure to lose a few fans.

At least, the statement above will not go down well with the Wankhede faithful.