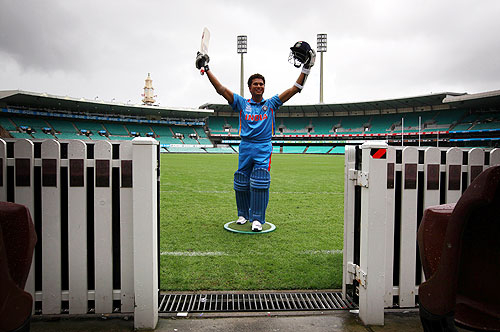 Amid enthusiastic singing and chanting by his fans, Sachin Tendulkar's wax statue was, on Saturday, unveiled at the Sydney Cricket Ground just a few days before his 40th birthday.

Tendulkar's waxwork was unveiled at the SCG where he has played some memorable innings.

The statue shows Tendulkar, who will turn 40 on Wednesday, clad in an India ODI jersey with his hands raised in a celebratory pose.

His waxwork, a replica of the one in Madame Tussauds in London, will be a fixture at the scenic Darling Harbour museum alongside those of Donald Bradman and Shane Warne.

- Tendulkar knows when to retire: Srinivasan

- Tendulkar not bothered by talk of his retirement 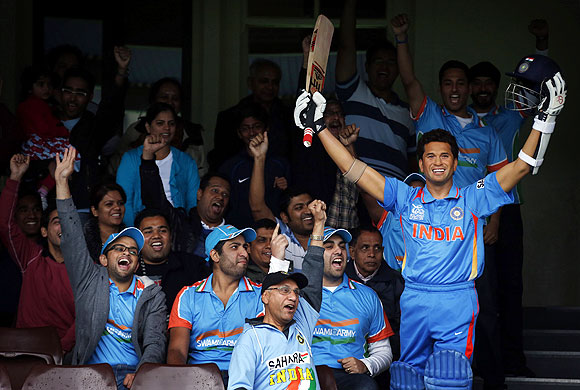 The display of Tendulkar's wax statue alongside those of Bradman and Warne is significant -- Tebdullkar he had posed with the two legends during a 1998 trip to Bradman's residence in Adelaide to wish the great Australian batsman on his 90th birthday.

'Swami Army', the group of Indian supporters which was formed in India's tour of Australia in 2003, sang and chanted Tendulkar's name as the statue was unveiled, with some even bowing at the statue's feet.

Tendulkar has scored three Test hundreds at the SCG including a 241 not out in 2004 -- his best Test score then.