Stats: Tendulkar sets record for most fours in IPL 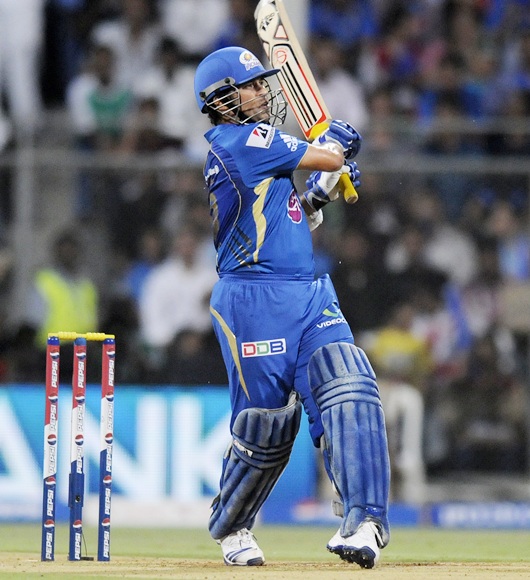 Kings of records Sachin Tendulkar got another milestone under his belt -- most fours in IPL history!

Statistical highlights of the IPL match between Mumbai Indians and Kolkata Knight Riders at the Wankhede stadium, Mumbai, on Tuesday.

# With eight fours during his innings of 48 off 28 balls, Sachin Tendulkar set a record for most fours (289) at the IPL.

# Tendulkar received his eighth Man of the Match award at the IPL. 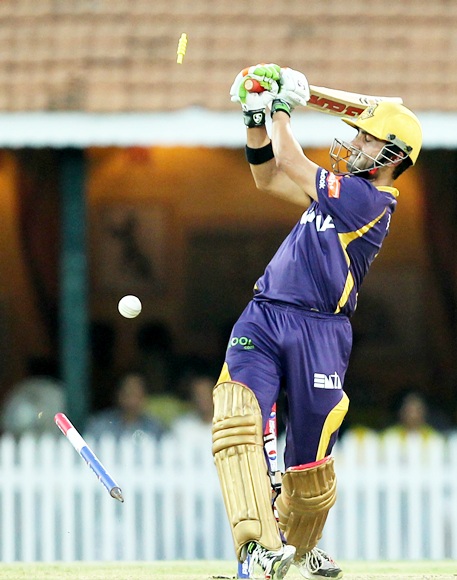 # Gautam Gambhir posted his seventh duck at the IPL.

# Lasith Malinga (92) and Amit Mishra (91) are the top wicket-takers at the IPL overall.

# Harbhajan Singh (3/27) recorded his best bowling figures against Kolkata at the IPL. 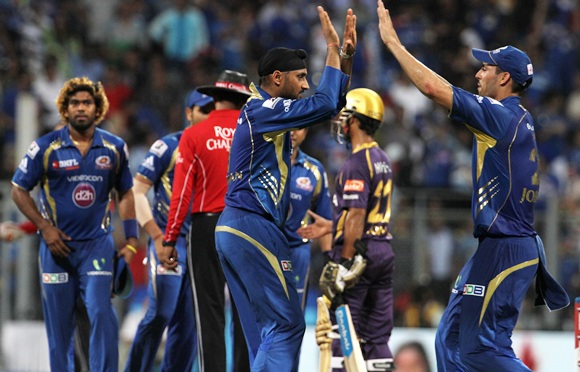 # Mumbai Indians have won eight and lost four out of 12 matches played at IPL 6. Their magnificent 65-run win is their 10th in 12 matches against Kolkata Knight Riders at the IPL.

# Mumbai became the first side to win 10 matches against a particular team in the IPL.

# Mumbai have recorded victories in all six games at the Wankhede stadium at IPL 6, and in six matches they batted first.

# The first team to win 50 tosses is Mumbai Indians in the IPL.