Statistical highlights of the Pepsi IPL match between Kolkata Knight Riders vs Rajasthan Royals in Jaipur on Monday.

# Sunil Narine (six wickets at 6.83 runs apiece) and Kevon Cooper (6 at 7.50) are the leading wicket-takers in the current edition. 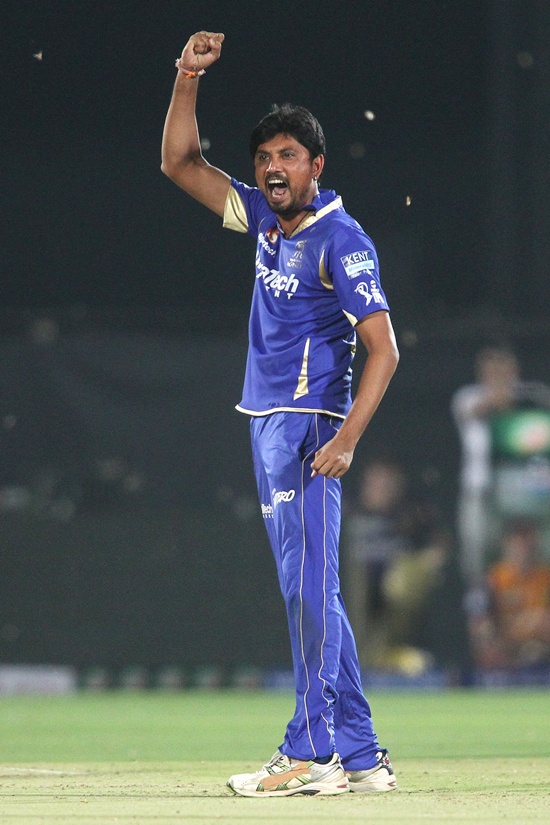 # Siddharth Trivedi (3/23) has recorded his best bowling figures against Kolkata Knight Riders at the IPL. His wicket-aggregate of 56 wickets at 27.71 runs apiece in 61 games is the second highest for Rajasthan at the IPL, behind the 57 (ave.25.38) in 55 games by Shane Warne.

# Trivedi has received the Man of the Match award for the second time in the IPL.

Royals have an upper hand over KKR in Jaipur 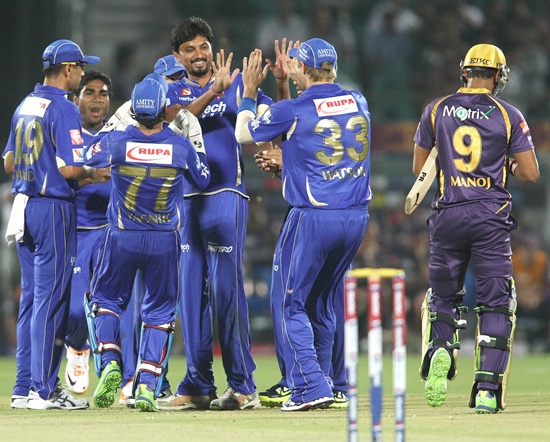 # Kolkata Knight Riders (125) have registered their lowest total against Rajasthan Royals at the IPL.

# Both Kolkata Knight Riders and Rajasthan Royals have won five games each against each other out of eleven contested the IPL (Tied 1).

# Rajasthan Royals became the second team after Sunrisers Hyderabad to register wins in both their games at the IPL 2013. 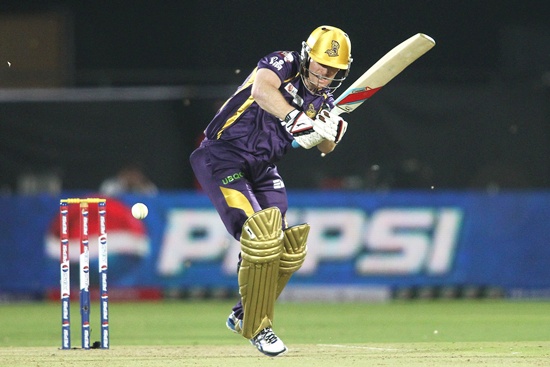 # Hodge (46 not out off 31 balls) has registered his highest score against Kolkata at the IPL.

# Jacques Kallis' tally of seven ducks is bettered only by Manish Pandey (8) and Amit Mishra (8) at the IPL. His tally includes four golden ducks.

# Yagnik became the second Rajasthan wicket-keeper after Mahesh Rawat (twice) to effect three dismissals in an innings at the IPL.

# Rahul Dravid has been bowled on fourteen occasions at the IPL, equalling Kumar Sangakkara's tally. Jacques Kallis holds an unwanted record, having been dismissed bowled most times (15).