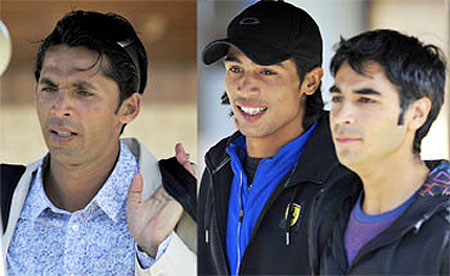 Spot-fixing is venom that has infested cricket over the last decade. It reared its ugly head again on Wednesday. This time, it is the Indian Premier League which is at the centre of a storm, with Rajasthan Royal players S Sreesanth, Ajit Chandila and Ankeet Chavan arrested by Delhi Police for their involvement in spot-fixing.

Rediff.com traces how spot-fixing has slowly robbed the game of its integrity.

Instances of spot-fixing were first reported during Pakistan's tour of England in August 2010.

British media had alleged that some players were bribed to bowl pre-determined no-balls during the Lord's Test.

As many as seven top Pakistani players, including captain Salman Butt, were under the scanner for their role in spot-fixing in the fourth Test.

The News of the World tabloid alleged that a Pakistani man, Mazhar Majeed, had paid bribes to the players to bowl no-balls and wides in the series and that Test.

Butt and bowler Mohammad Asif were found guilty of taking bribes to fix part of that Test and the International Cricket Council (ICC) subsequently suspended the then Test captain Salman Butt and pacers Asif and Mohammad Amir. Butt and Asif appealed against the ban in the Court of Arbitration for Sport in Lausanne but their appeals were rejected.

The duo were handed bans of 10 and seven years respectively by the ICC for accepting corrupt payments over deliberate no-balls bowled during the Lord's Test and were found guilty by London's Southwark Crown Court in November 2011 on charges of conspiracy to cheat and conspiracy to accept corrupt payments.

Fast bowler Amir was also banned for five years by the ICC on the same charges, but he did not contest the decision. 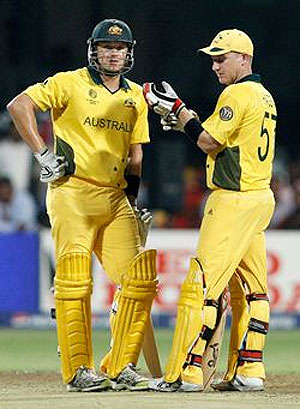 Just after the story broke, Australian all-rounder Shane Watson and wicketkeeper Brad Haddin had told reporters in Sydney that an Indian bookmaker had approached them during the 2009 England tour.

Watson told the Australian Associated Press he had initially mistaken the bookmaker for a fan.

"(He) was only too kind with his praise about how I'd been playing and he enjoyed the way I played and then it got down to a bit more: 'We'd like to take you out for drinks' and that sort of thing.

"I didn't think too much more of it until I found out a bit more information and that he was actually one of the illegal bookmakers." 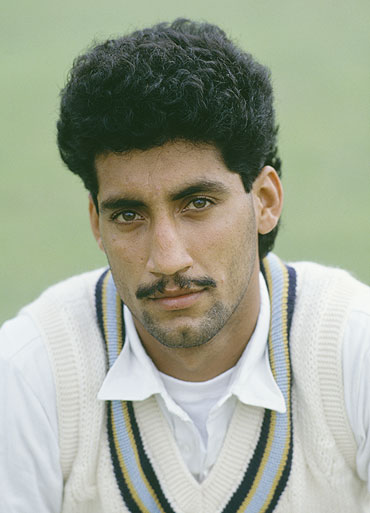 Later, former India player Atul Wassan claimed that IPL cricketers had been approached for spot-fixing over the last two-and-a-half years,

Wassan declined to disclose details about the approaches to IPL players.

"I cannot specify but some players were approached and this is common knowledge here over the last two-and-a-half years," he said. 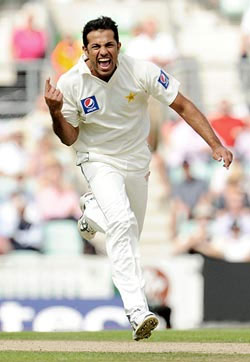 In October 2011, three more Pakistani cricketers were implicated in the spot-fixing scandal during the trial of tainted trio Butt, Amir and Asif, at a court in England.

During the trial, prosecutors told the Southwark Crown Court that Bookie Mazhar Majeed boasted to an undercover reporter, who was posing as a rich businessman, that seven players in Pakistan's national side were fixing matches for him in a hugely lucrative betting scam.

Majeed named 'his' players as Butt, Asif, Amir, fast bowler Wahab Riaz, wicket-keeper Kamran Akmal, and batsmen Umar Akmal and Imran Farhat, although prosecutor Aftab Jafferjee said that the agent explained that there was a 'little question mark' about Farhat. 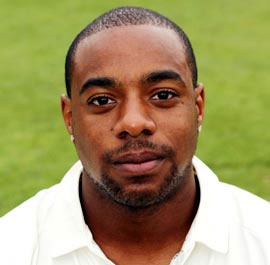 In February 2012, English cricketer Mervyn Westfield was jailed for four months for his role in the spot-fixing scandal. He claimed to have been lured into the scam by former Pakistan spinner Danish Kaneria.

Westfield, who represented Essex in English county cricket, admitted that he received 6,000 pounds (US $9,200) for agreeing to bowl in a way that would allow the scoring of 12 runs in his opening over in a 40-over match against Durham in September 2009. In the event, only 10 runs came off the over. 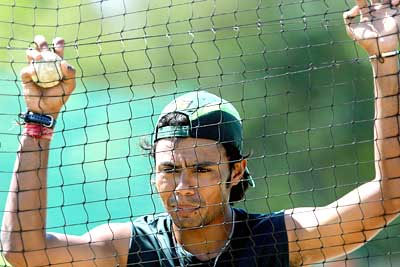 Kaneria was arrested in connection with the case in 2010 but later released without charge on grounds of insufficient evidence..

However, in June 2012, the Pakistan spinner was given a life ban by the England and Wales Cricket Board for his involvement in the Westfield spot-fixing case.

Apart from Kaneria, the ECB also imposed a five-year ban on Westfield, but he will be able to play in the final two years of his punishment.

The ECB disciplinary panel has found Kaneria guilty of corruption in relation to the spot-fixing case, while Westfield was also charged with one offence under the ECB's regulations to which he pleaded guilty.

In April this year, Kaneria lost his appeal against being found guilty of spot-fixing but an appeal over his life ban in Britain is scheduled be heard later. 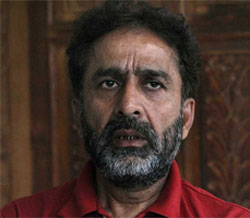 The channel showed footage of Pakistan's Nadeem Ghauri, Nadir Shah of Bangladesh, part of the International Cricket Council's international panel of umpires, and Sagara Gallage of Sri Lanka agreeing to give favourable decisions in exchange for umpiring contracts and money.

In the sting operation, conducted in July and August, the reporters said they belonged to a sports management company and promised the umpires assignments in different events around the world, largely domestic Twenty20 leagues.

While Ghauri and Shah appeared to agree to give wrong decisions, Gallage was ready to pass on information about the toss, the pitch and weather conditions in a match before it was available to the public.

The Pakistan Cricket Board subsequently suspended international umpire Nadeem Ghauri for four years for agreeing to "extend undue favours for material gain" during the sting operation. 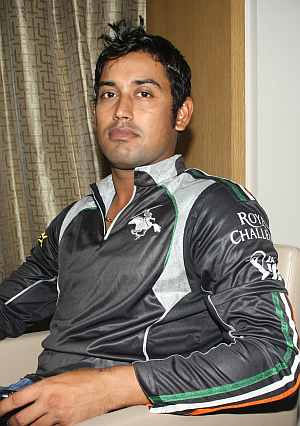 During last year's IPL, the Board of Control for Cricket in India suspended five uncapped Indian players from all forms of cricket in the wake of the spot-fixing scandal in the Indian Premier League and other domestic competitions.

Television channel India TV claimed it had conducted a sting operation during which many IPL players confessed on hidden camera that they are paid much more than their prescribed auction amount under the table.