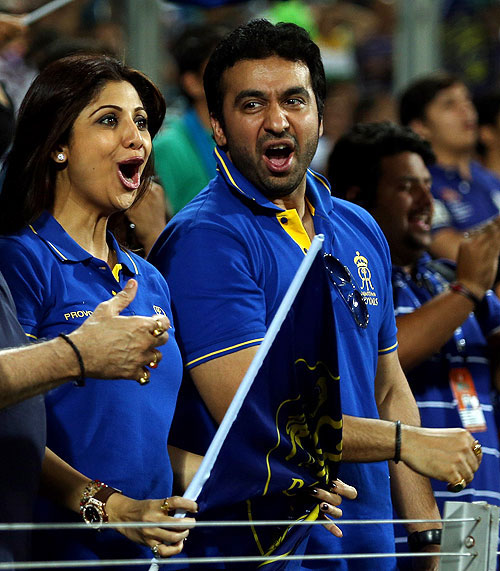 Bollywood actor and Rajasthan Royals co-owner Shilpa Shetty expressed her thanks and happiness after her husband, Raj Kundra, was absolved of fixing charges by the BCCI-appointed two-member probe panel.

Reacting to the news after Kundra was cleared of all charges, Shilpa tweeted, "there is a God:) love u..and TRUTH PREVAILS. Thanku tweetos for all the unconditional support love and prayers."

The micro-blogging site was also swamped with congratulatory messages from the well-wishers to the celebrity couple.

The panel was mandated to enquire into the roles of Gurunath Meiyappan, who was the Team Prinicipal of Chennai Super Kings, Rajasthan Royals and its co-owner Kundra.

The panel found no evidence against India Cements, the company that owns the CSK, in effect clearing President-in-exile N Srinivasan's son-in-law Meiyappan. 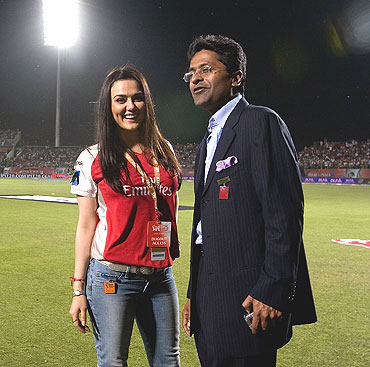 This could also pave the way for Srinivasan's possible return to the BCCI fold as early as August 2 when the Board's Working Committee and the IPL Governing Council meet in New Delhi to take a final call on the issue.

Modi wrote, "Seen the Bcci decisions. All I can say is I am glad i am not part of this lame duck absolutely shameless organisation anymore."