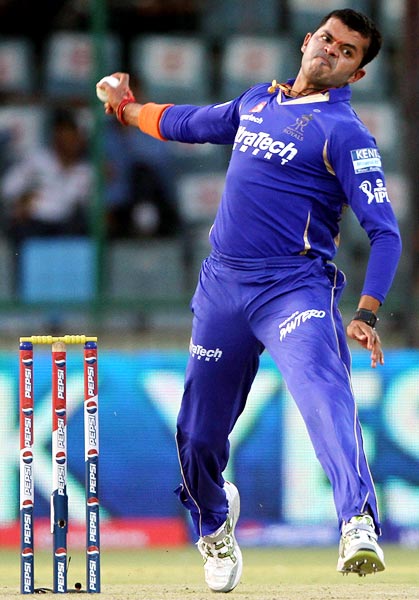 What made Sreesanth take up the offer to under perform in the ongoing IPL despite being fully aware of the risks involved? asks Harish Kotian.

S Sreesanth had attempted to self-destruct his career many times, but without much success. This time, however, he seems bang on!

The perils of match-fixing are obvious, and in the age of the cash-rich IPL it comes as a big shock that a player who was part of two World Cup-winning teams, and once a top-rated pace bowler in Test cricket, fell for the lure of the lucre.

Not only does Sreesanth face a life ban from the game for his role in the latest spot-fixing episode, but he could also spend time behind bars if the Delhi Police is able to produce substantial evidence to prove the nexus between the players involved and bookies.

Did Sreesanth fell for the money? 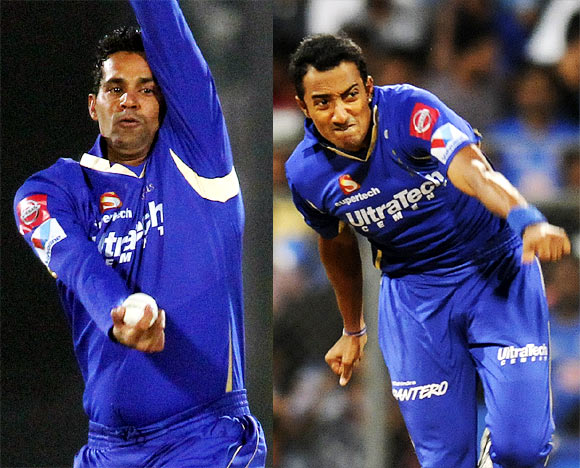 Ajit Chandila and Ankeet Chavan are the other two Rajasthan players who have also been taken into custody by the Delhi Police for their alleged role in spot-fixing during the ongoing IPL.

While Chandila and Chavan have been unable to make it big in the game, Sreesanth's case amazes many because he still had a future in international cricket.

So, was money the reason for the Kerala pacer succumbing to the malice of spot-fixing? Or was it a case of being misguided?

It is common knowledge that Sreesanth and controversy have always gone hand in hand. He's been a hit with the media for his consistency to produce controversies on a regular basis. Whether it was the Harbhajan Singh 'slapgate' episode or his latest rant on Twitter against the Punjab off-spinner and other team-mates, or his on-field battles with
Andrew Symonds and Andrew Nel, he loved to be among the headlines.

Like all the other Indian cricketers, the IPL helped swell his bank balance substantially. In 2012, he was snapped up by Rajasthan Royals for US $400,000 despite being laid low with injury and dumped from the Indian team for poor form.

'Sreesanth has never been a cheat' 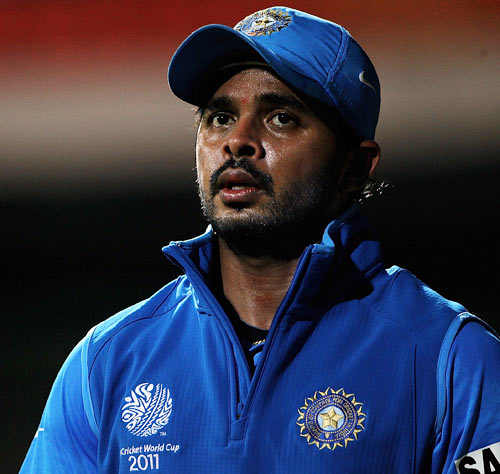 So what made Sreesanth take up the offer to under perform in the ongoing IPL despite being fully aware of the risks involved?

A close friend who has known him since childhood reasoned that Sreesanth was misled by Jiju Janardhan, who had become his close confidante over the last few years.

"In fact, his family was unhappy with Janardhan; they believed that he was not a good person. I think he must have lured him into all this," the friend told rediff.com.

"Sreesanth has never been a cheat; he always played with passion and was keen to do well. In fact, many times if the wicketkeeper would appeal Sreesanth would not if he felt there wasn't a nick from the batsman," he added.

Having met Sreesanth on a few occasions over the past year or so, one felt he had become frustrated after being kept out of the Indian team, something he felt was unfair and not based on cricketing reasons.

In a light-hearted chat after his exclusion from the Indian team for the Champions Trophy, he joked, saying: "I might have to look for another job after the IPL."

His team-mates seldom enjoyed his company and chose to keep away from him when off the field.

"It's quite difficult to control Sreesanth," India captain Mahendra Singh Dhoni had said in January 2011.

'Managing him was one of the great challenges that I faced' 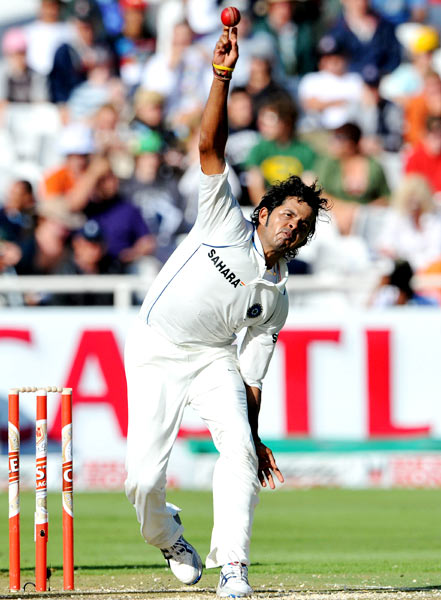 But despite all his shortcomings, Sreesanth deserves praise for his ability to swing the ball, which kept him in the loop when the Indian team toured overseas.

His magnificent eight-wicket spell in Johannesburg helped India win its first ever Test in South Africa, in 2006.

Recently former India coach Greg Chappell, in a column for the Hindu, had admitted how he faced a tough challenge keeping Sreesanth on the right track.

"Managing him was one of the great challenges that I faced in my time with the Indian team, but one that I confess I really enjoyed. I spent a lot of time with Sree because I could see that he was a potential game-changer if only we could get him to add some emotional intelligence to the great skill he possessed," he wrote.

He pointed out that the reason for Sreesanth being in the wilderness was because no one bothered to find out what was wrong with him.

"Sadly, nobody has tried to see past Sreesanth's negative aspects to discover the positives. Apart from being a match-winner, he is an entertainer who can inspire teammates and delight spectators," he added.

Sreesanth may never step on the cricket field again 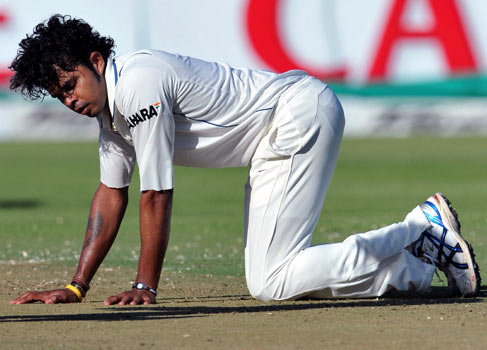 One of family sources told Rediff.com that Sreesanth apparently told his elder brother Dipu after being arrested that he is innocent.

"Don't worry, I am ok. Everything will be fine," he said.

As of now, though, nothing seems that way; only a miracle can get him out of the mess he is in. After watching some conclusive evidence presented by the Delhi Police, he may never step on the cricket field again.

In fact, he will be lucky to escape a jail sentence.