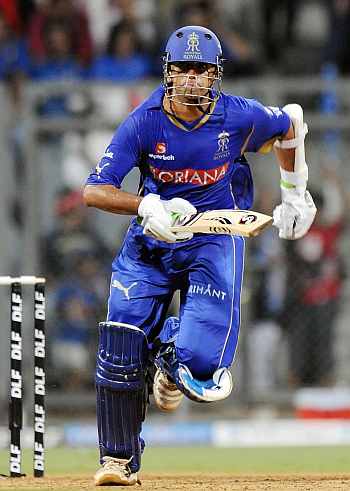 Faced with the daunting task of winning all their remaining matches for having any chance of making the playoffs, Rajasthan Royals would fancy a facile victory when they take on the struggling Pune Warriors in Jaipur on Sunday.

Royals are lying sixth with 12 points from 13 matches and have to win the remaining three to keep their playoff hopes alive.

On the other hand, Pune are at the eighth position with only eight points in kitty from 14 matches, close defeats against Delhi Daredevils and Chennai Super kings hurting them the most. Add to this the leadership crisis that the team is facing due to an off-colour skipper Sourav Ganguly.

He rested himself on Friday night but promised to be back for this game despite team owner Subrata Roy's claims that Ganguly would play a mentor's role from next season.

Royals, on the other hand, have no such worries and have an inspirational leader in Rahul Dravid. They have played good cricket against fancied rivals but have been guilty of frittering away opportunities.

Royals need to win all their remaining matches 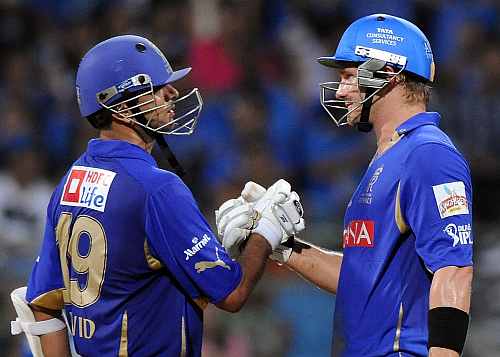 They might have the edge against Pune but a victory in Jaipur would not be enough as they will have to win all remaining three and pray that the other results also go in their favour.

The hosts would like to start afresh from this juncture and make full use of every opportunity.For the past couple of matches, they could find the right team composition and earned two good victories but rain played spoilsport for them in the crucial match against Chennai Super Kings.

The recent failure of Ajinkya Rahane has hurt them but Australian all-rounder Shane Watson has looked in top form. Dravid has been in good nick as well but the rest did not play to expectations at least in the last match.

The bowling with Watson at helm has come good and the hosts can breathe easy that they almost had prevailed over the mighty batting line-up of Delhi and Chennai. Apart from Watson, the reliable Siddharth Trivedi is also in good touch with the ball.

Pune Warriors will be looking to salvage their pride 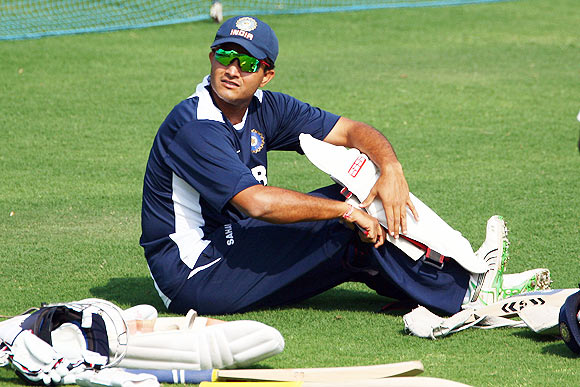 On the other hand, Pune might be lying low and almost out of contention but they have to prove a point. They have a decent line-up that includes the likes of Australian skipper Michael Clarke, Dwayne Smith, Robin Uthappa and Manish Pandey who can be explosive on their day.

The bowling, however, is a concern but Angelo Mathews and Rahul Sharma are clever customers. The visitors would be looking to salvage their pride and prove that they are still a force.

Both the teams who are in rough weather avoided the pre-match press briefing and the practice session on Saturday.