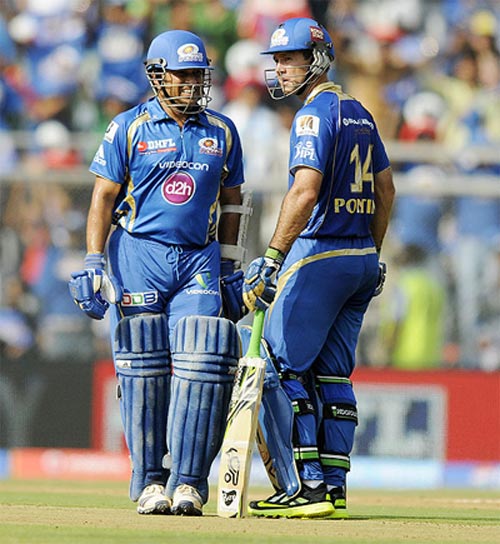 Having slumped to their worst defeat in the tournament, Mumbai Indians skipper Ricky Ponting has admitted that his and Sachin Tendulkar's poor form has affected the team's performance in the ongoing Indian Premier League.Opening the batting, Ponting and Tendulkar have just managed two half-century stands together out of five games.

As a matter of fact, on three occasions Mumbai lost its first wicket in the opening over.

And chasing a formidable 179 for three, the openers failed yet again as Mumbai suffered a humiliating 87-run loss at the hands of Rajasthan Royals at the Sawai Man Singh Stadium on Wednesday night.

"The two guys at the top of the order haven't done the job required off them by the team," Ponting said at the post-match press conference.

"We are five games into the tournament; both of us need to play better. If we want to continue winning games and if we want to be the team at the end of it that holds the trophy up, then you need everyone in the team performing more often than not.

"Neither of us has played as well as we would have liked.I'd expect a lot from myself from the first few games compared to what I have delivered," he added. 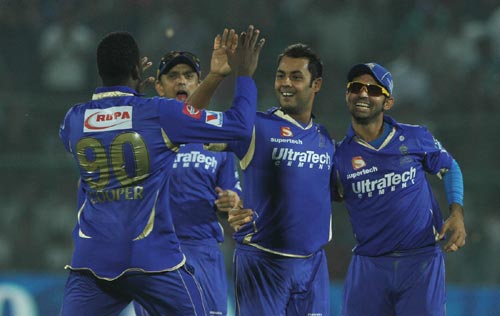 While Ponting has scored just 52 runs from five innings, Tendulkar is marginally better managing 69 from as many games.

The Royals first rode on Ajinkya Rahane's unbeaten 54-ball 68 to post a formidable 179 for three, and then bowled out Mumbai for 92 in 18.2 overs.

And Ponting admitted that they were outplayed by the Royals in all three departments of the game.

"We can't blame the wicket. It looks bad whenever any team is under pressure and plays bad cricket. It was good and Rajasthan Royals batted very well to post a good total. We have to concede that we were outplayed," said Ponting, who yet again failed with the bat.

"Our bowling did not adjust in the first few overs. The wicket probably did a bit more in the second half, when we came out to bat. We should have hung on a bit.

"It was a big chase and we could not bat according to plan. They took the pace away and the ball was holding the surface. They used the conditions very well," said Ponting, who scored only one run before giving a return catch to Ajit Chandila. 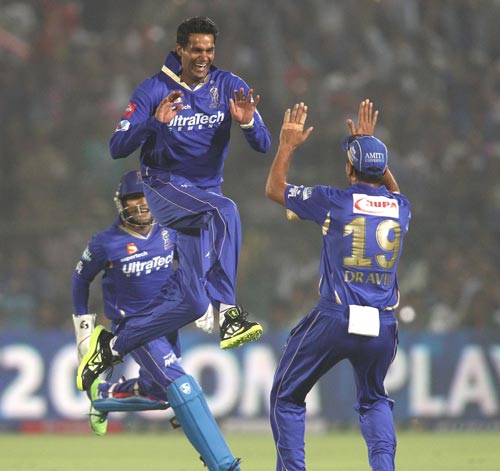 Ponting also hinted that Mumbai could make few changes in the batting order.

"We will think about mixing and matching, reorder a bit. I talked to the coaches before this game about making sure our guys in the middle order get a fair bit of batting early in the tournament, because guys like (Ambati) Rayudu haven't had much of batting yet."