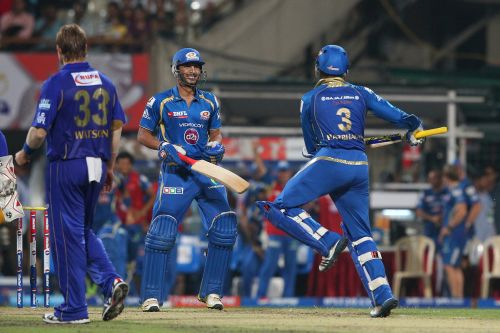 Riding high on a brilliant 44-ball 62 from Dwayne Smith, Mumbai Indians beat Rajasthan Royals by four wickets on Friday night to set up a summit clash in IPL 6 with Chennai Super Kings at the Eden Gardens on Sunday.

Chasing a competitive 166 for victory, Mumbai were off to a good start, before a hiccup gave Royals a foot in the door.

In the end, Harbhajan Singh sealed the issue with a boundary through point to see Mumbai home.

Rajasthan won the toss and elected to bat first 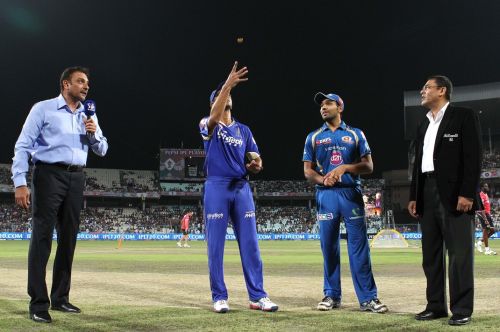 Earlier, Rajasthan Royals rode on a gritty 43 by Rahul Dravid before Dishant Yagnik upped the ante with an unbeaten 17-ball 31 to post a fighting 165 for six.

Dravid won the toss and elected to bat first, after rain delayed the start, on a pitch that offered good pace and bounce for both batsmen and bowlers.

Royals off to a decent start 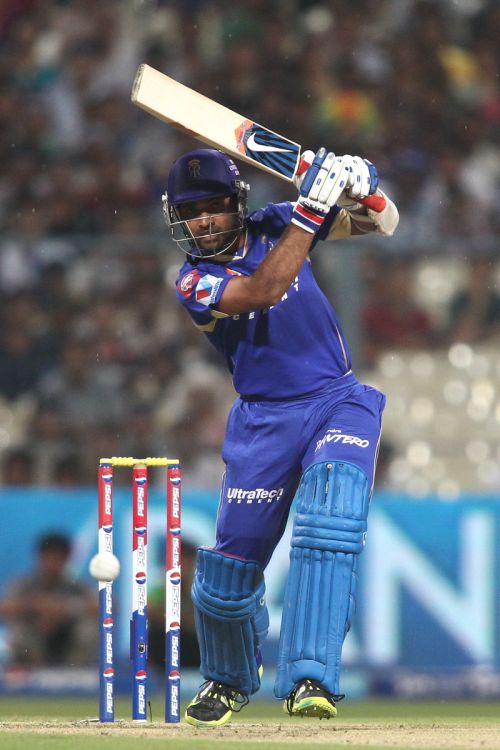 Rajasthan Royals openers Ajinkya Rahane and Rahul Dravid got off to a decent start.

Dravid started the proceedings with a boundary off Mitchell Johnson through the point region in the first over itself.

A couple delightful boundaries by Rahane got the crowd, which had stayed on despite a delayed start due to rain, on its feet. 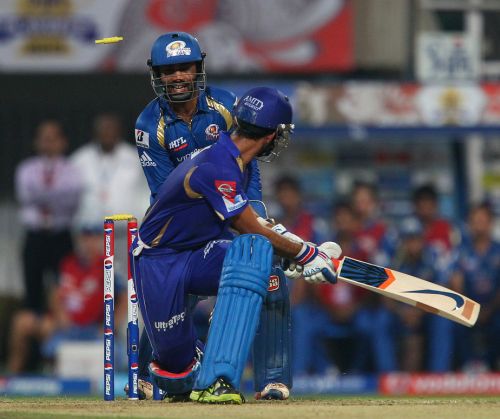 Harbhajan Singh stepped up on the big occasion as he castled Rahane for 21. The right-handed batsman failed to read a straighter one from the off-spinner as he went on to play a paddle sweep shot, which ended his stay in the middle.

All-rounder Shane Watson too did not last long as he top-edged one to Rohit Sharma for 6.

Sanju Samson didn't even trouble the scorers as he was snapped by Lasith Malinga. 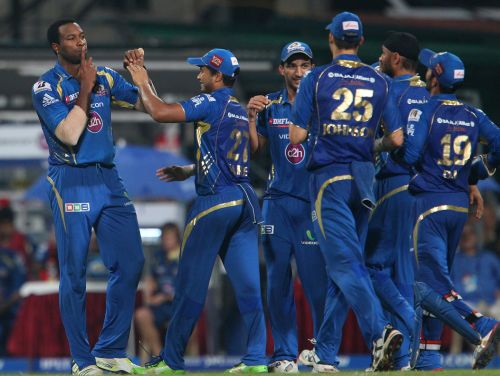 Kieron Pollard too got into the action and picked two wickets in an over to further dent the Royals' charge.

Pollard first tricked Stuart Binny with a slower one, then had Kevon Cooper playing a reckless shot to reduce Royals to 108-6. Yagnik was the aggressor as Hodge played the supporting role to perfection.

Royals were also helped by some poor bowling, particularly from Lasith Malinga, who gave away 18 runs from his final over. 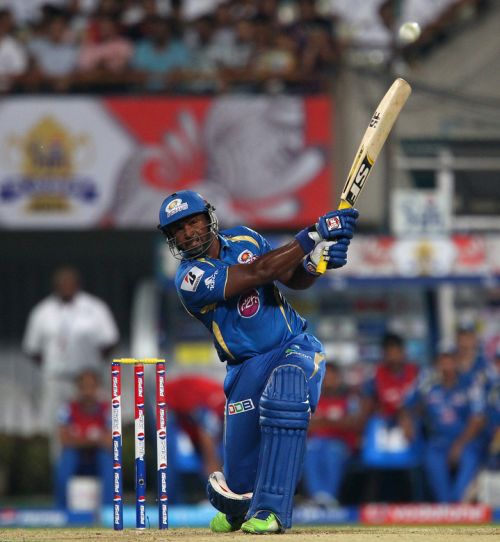 Mumbai openers were off to a sensational start, especially Tare, who made his intentions clear in the second over itself, when he smoked James Faulkner for a maximum.

Tare then was severe on Watson, smashing him for couple of boundaries to keep the momentum going.

But it was Smith who took the game away from the former champions with his big hitting. 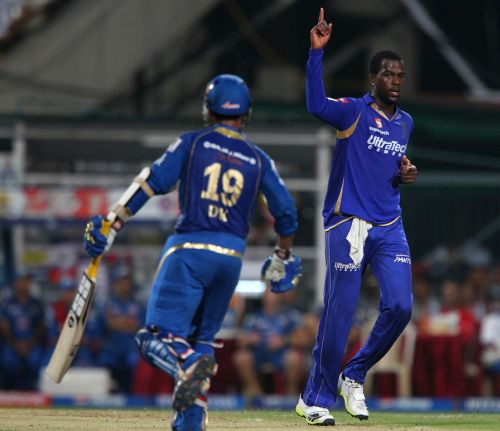 Kevon Cooper provided the breakthrough.  He had Tare walking back after the batsman mistimed one to Sanju Samson at long-on.

Mumbai then had a small hiccup in the middle -- losing Dinesh Karthik, Rohit Sharma and Kieron Pollard -- making the game interesting.

It all boiled down to the last over, where Harbhajan's cool head coupled with courageous shots from Rishi Dhawan helped Mumbai cross the finishing line.