Dravid got it right with the coin 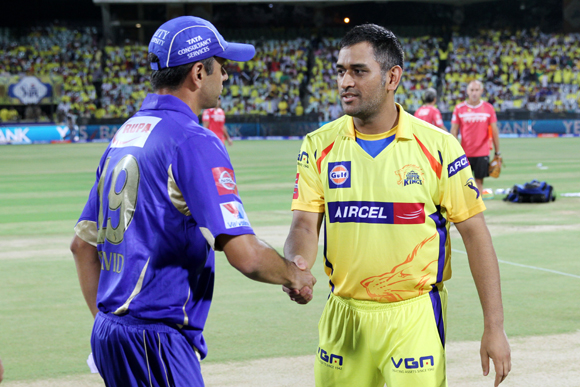 Rajasthan Royals skipper Rahul Dravid got it right with the coin but Chennai Super Kings captain MS Dhoni got the right result in their Indian Premier League match at the MA Chidambaram stadium.

Batting first, Shane Watson scored the first century of this edition to single-handedly power the visitors to an imposing 185 for four.

However, in the end it was not enough as the home team won by five wickets (185 for five in 19.5 overs) to move to the top of the table.

Rajasthan stay fourth in the table. 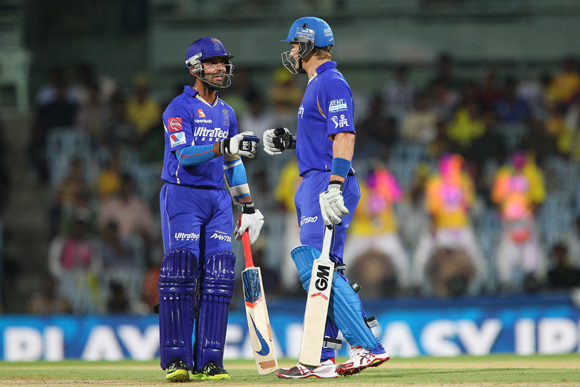 It gave Rajasthan a solid foundation to build on.

Ashwin was the pick of the Chennai bowlers 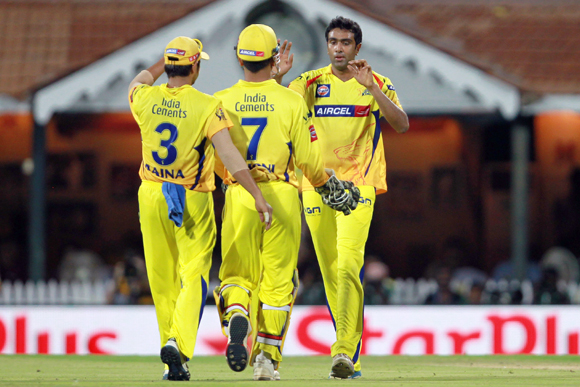 Except for Ravichandran Ashwin (2-20), all Chennai bowlers bled runs as Watson went hammer-and-tonks from the word go. 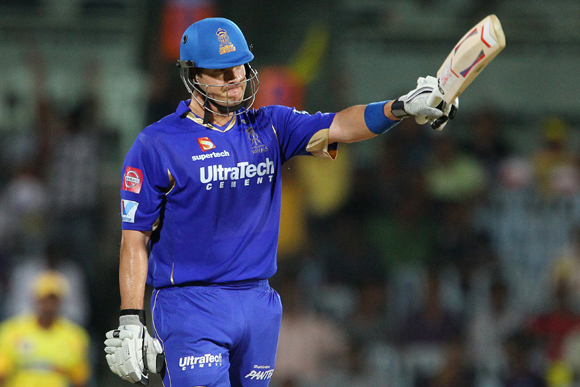 Watson entertained the crowd at the MA Chidambaram stadium with some brilliant strokeplay before finishing at 101 off just 61 deliveries.

He decorated his innings with six fours and as many fours.

Watson went ballistic from the onset and slaughtered the Chennai bowlers, except for Ashwin, with consummate ease.     Watson did not let go any scoring chance as he punished anything that was bowled full or short to him. Dwayne Bravo also picked up two wickets for the hosts (2-36).

Rahul Dravid was completely foxed by a slower delivery from Bravo and could only manage to lob a simple catch to Mahendra Singh Dhoni.

The West Indies allrounder later had Watson caught by Hussey.

Bravo also was there to take Chennai home when they batted.

Hussey made a spectacular 88 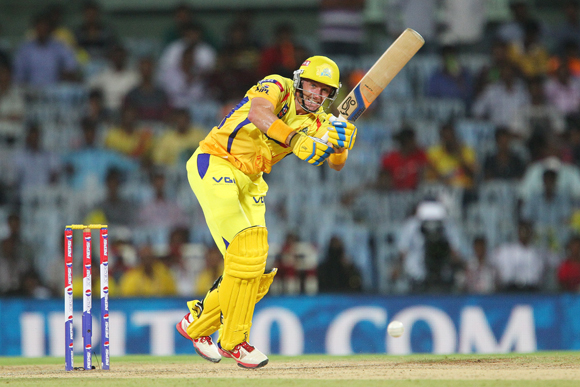 Chasing a mammoth total, the hosts got off to a poor start, Ajit Chandila catching Murali Vijay (3) off his own bowling.

However, Mike Hussey (88) and Suresh Raina (51) put on 90 runs for the second wicket to lay a solid foundation.

The Australian was also involved in a 42-run third wicket stand with his captain Dhoni (21).

Hussey's 51-ball knock was inclusive of 13 boundaries and a six before he was run out.

But by then the veteran had done the job expected off him. 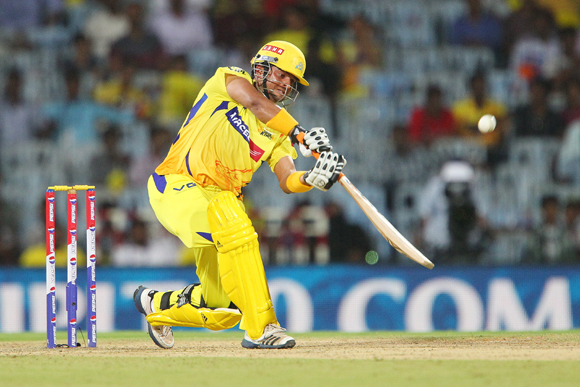 Suresh Raina made a valuable 51.

It was his 15th IPL fifty, but first of this campaign.

Raina's 35-ball innings was inclusive of four boundaries and a couple of sixes.

It was his partnership with Hussey that laid the foundation for the Chennai win.

The home team won with one ball to spare, with Dwayne Bravo (13 not out) ensuring the needful.