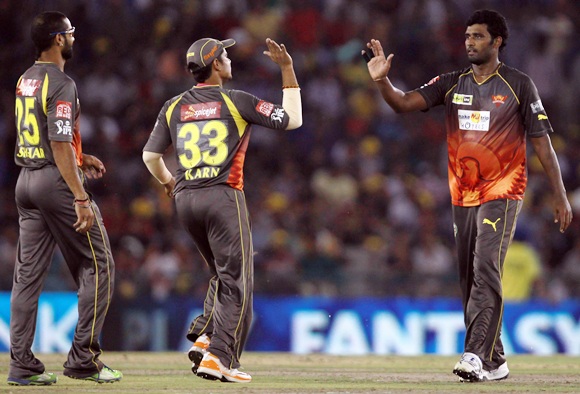 Having moved ahead in the race for a play-off spot after a comfortable victory over Rajasthan Royals, Sunrisers Hyderabad need to beat the beleaguered Kolkata Knight Riders in their final Pepsi IPL league match in Hyderabad on Sunday to finish among the top four.

Sunrisers have 18 points from 15 matches and they need to win the match to enter the play-offs.

KKR's title defence ended after their loss to Pune Warriors on May 15 but they will look to finish the season on a victorious note, a fact acknowledged by Sunrisers chief coach Tom Moody after his team's win over Rajasthan on Friday.

Though consistency has been a problem for KKR, they have some seasoned players in the form of captain Gautam Gambhir, all-rounders Yusuf Pathan and Jacques Kallis, Ryan ten Doeschate and L Balaji.

KKR messed up their chase against Pune Warriors on May 15 though Pathan and ten Doeschate were in impressive form and almost took their team to victory with a 98-run partnership.

Pathan, who scored 72 runs in the match, had a rather unusual dismissal of obstructing the field, the first in an IPL match. 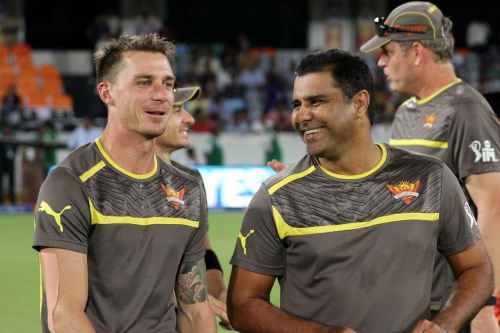 Meanwhile, Sunrisers have a lethal bowling attack, comprising Dale Steyn, wily spinners Amit Mishra and Karan Sharma, Sri Lanka's Thisara Perera and West Indies captain Darren Sammy -- all of whom have been a nightmare for rival batsmen in this edition of IPL.

The hosts took full advantage of the wicket in Hyderabad that supports the bowlers and even a modest total became tough for the rivals to chase.

Except for the match against Chennai Super Kings on May 8, the Sunrisers have not lost a single game at home thanks to their combined bowling prowess.

The most recent proof of this was the Rajasthan Royals collapse at 113 while chasing 137 runs. Steyn, Mishra and Perera came up with superb two-wicket hauls each in the match to tame the Royals.

Given the strength of Sunrisers' bowling, even a minor error by KKR will enable the hosts to get the required victory. 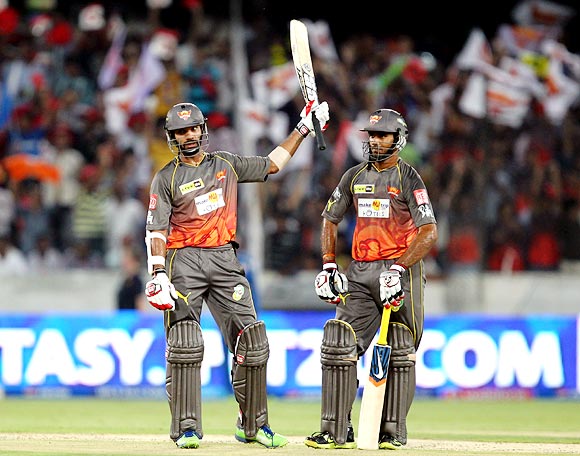 However, the Sunrisers' batting is lacking in consistency as their top order, including Shikhar Dhawan, Cameron White and captain Kumar Sangakkara, hasn't given a good account of themselves.

Though Dhawan made big scores in a couple of matches, he needs to fire more often so that pressure is not piled up on the lower-order batsmen.

Sangakkara has had a poor run with the bat in the series leading to White captaining the side, but the Australian T20 specialist is yet to come up with his best.

However, young Hanuma Vihari, Thisara Perera, Parthiv Patel and Sammy have shouldered responsibility to steer the innings. Biplab Samantray, who has not had too many chances in the league stage, put up a great show -- a 46-ball 55 -- on Friday.