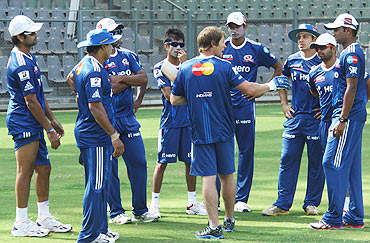 The ease with which the Royal Challengers Bangalore won their last two encounters has brought them closer to playoffs but a tough challenge awaits them on Monday in Mumbai Indians who have lost just one awaygame in this IPL season so far.

Except for the loss against table-toppers Delhi Daredevils at Feroz Shah Kotla, Mumbai have won all their away matches this year with ease.

Other than the matches in Pune and Mohali, which were decided on the last ball, the rest were comfortable wins.

The win against Knight Riders' on Saturday night has brought Mumbai Indians to third in the table with 16 points, one less than second-placed Kolkata.

They would like to jump to No. 1 spot on the table while the RCB would be eager to join the top-four as they are at number five and locked with Chennai Super Kings with 15 points.

With a convincing win against Knight Riders on Saturday in the away game, Mumbai seem to be on a roll and will be quite eager to avenge the drubbing they received at RCB's hands. 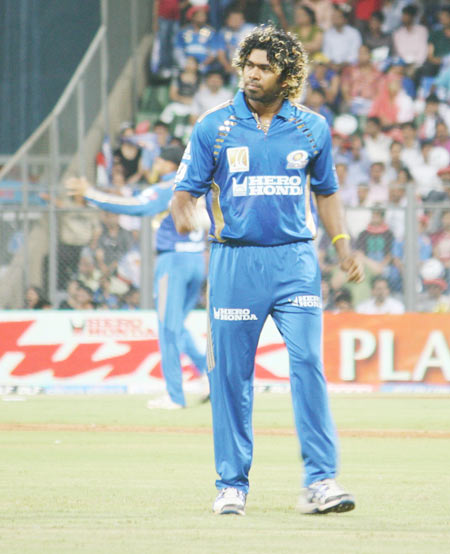 One thing that separates the two teams though is bowling. Mumbai have perhaps the best Twenty20 bowler in Lasith Malinga.

With 20 wickets from just eight games, the Sri Lankan slinger has made batsmen struggle for runs against him. He has an astonishing economy rate of 5.36 per over in a form of game where seven runs per over is the normal scoring rate.

Skipper Harbhajan Singh is also back in form claiming two wickets for 18 runs against Pune and Munaf Patel, R P Singh and Kieron Pollard have been among the wickets in patches.

Pragyan Ojha has been blocking up the flow of runs at the other end with his tidy bowling.

RCB batsmen Chris Gayle, Tillakratne Dilshan, Virat Kohli and AB de Villiers would be up against Mumbai's strong bowling lineup and the home fans would be eager to watch the battle between Gayle and Malinga.

RCB have been well-served by left-handed West Indian powerhouse Gayle (490 runs from 11 games) at the top and de Villiers (301 from 12 games), who can switch-hit powerfully to spoil the bowlers' plan.

Dilshan has settled in the top-order well and RCB would be depending a lot on this overseas trio and Kohli in batting.However, Mayank Agarwal and Saurabh Tiwary have not come to the party.

Even Mumbai have depended too much on classy right-hander Rohit Sharma and Ambati Rayudu, who have been simply superb in scripting unbelievable heists.

Sharma, who hammered a stunning unbeaten 108 against Kolkata last evening, took his tally to 401 runs in 13 games. Rayudu, on the other hand has amassed 230 runs from 12 innings.

Kohli, Harbhajan need to fire for their respective teams 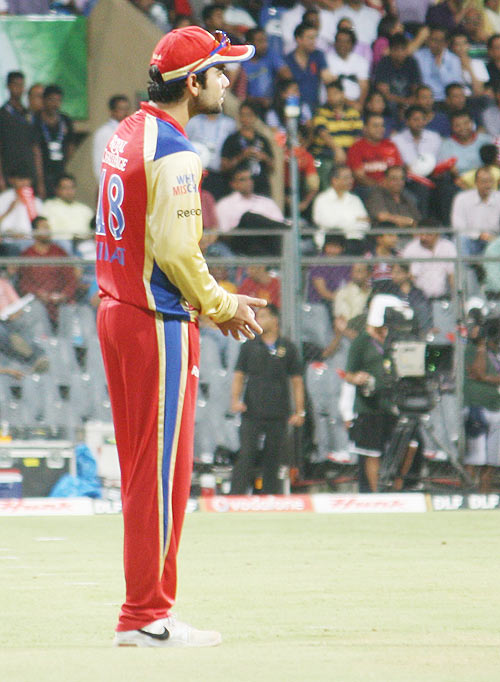 The team has also struggled to find a partner for Sachin Tendulkar at the top. With Herschelle Gibbs scoring an unbeaten 66 against Kolkata, it would have given the management some hope against Bangalore.

An interesting battle is awaited when Sri Lankan tweaker Muttaiah Muralitharan would look to get Tendulkar out cheaply.

The tales of both captains in respective field of their expertise have been sour. Harbhajan Singh has claimed five wickets from 13 games and Kohli has scored 246 runs from 13 games. They, however, have been marshalling their resources thoughtfully and successfully.