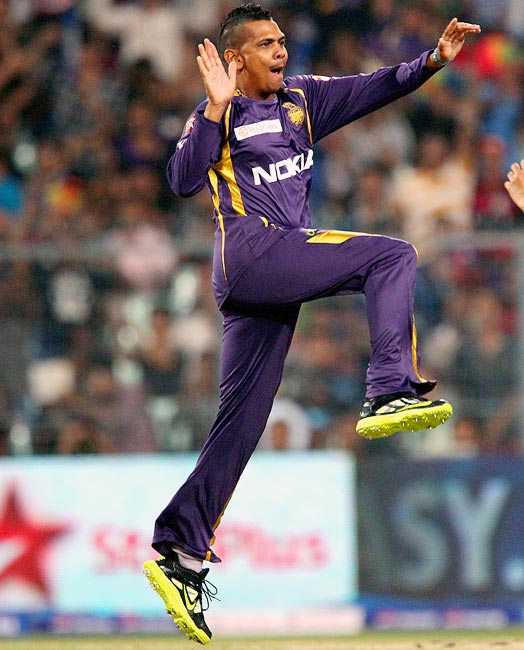 The sixth edition of the Indian Premier League has already lived up to its top billing with some outstanding matches and brilliant individual performances in the first week of the tournament.

The West Indies players have taken the T20 tournament by storm, the likes of Chris Gayle, Kieron Pollard and Sunil Narine proving their worth, and the young Kevon Cooper is making a big impact for Rajasthan Royals.

Among Indians, Dinesh Karthik has hit three half-centuries, including a magical knock against Delhi Daredevils, while Virat Kohli showed the way for Royal Challengers Bangalore with a match-winning innings of 93.

A look at the top performers from Week One of the IPL 6:

The West Indies' mystery spinner helped defending champions Kolkata Knight Riders make a perfect start in the sixth edition of the Twenty20 league with a  match-winning performance with the ball.

Narine claimed four for 13 in four overs as the defending champions scored a convincing six-wicket victory over Delhi Daredevils in the opening match of the tournament.

Narine claimed a wicket in his first over, getting rid of David Warner, caught at first slip for 21. He then accounted for the wicket of Irfan Pathan, Andre Russell and  Ashish Nehra as a depleted Delhi were bundled out for a paltry 128. 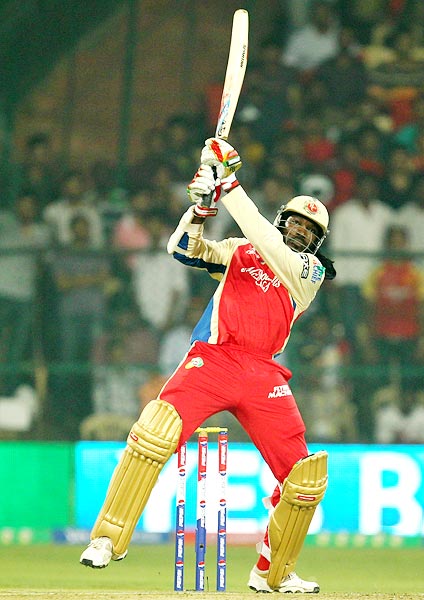 Chris Gayle is one of the most dangerous batsmen in T20 cricket. He started the IPL in the right earnest.

The left-hander smashed 92 from 58 balls against Mumbai Indians on a wicket offering a lot of assistance to the pace bowlers.

Gayle's blazing innings helped Bangalore amass 156 for five even as their other batsmen struggled.

Mumbai Indians came close to snatching victory, because of some excellent batting by Dinesh Karthik, who blazed 60 from 37 balls, before Vinay Kumar took two wickets in the final over to help Bangalore edge home by a narrow margin of two runs. 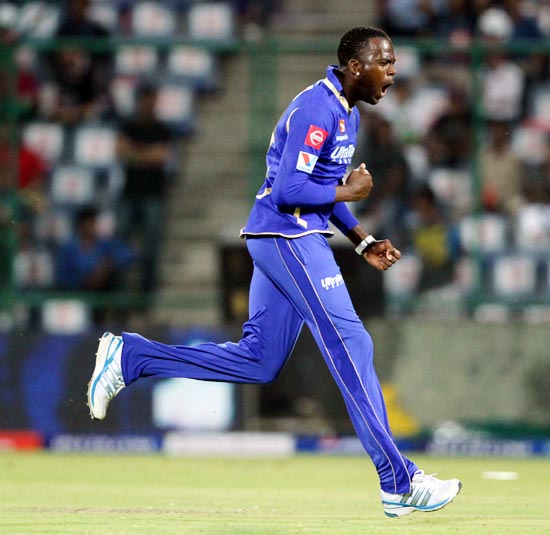 Kevon Cooper failed with the bat but came back strongly with the ball and lifted Rajasthan Royals to victory in the final over of the innings.

Needing nine runs for victory off six balls, Rajasthan Royals captain Rahul Dravid handed the ball to Cooper. The young West Indies all-rounder kept his composure under pressure and bowled a string of yorkers to stifle the Delhi batsmen.

Just three singles came from that over as Rajasthan registered a five-run victory. Cooper's figures in the end were three for 30 in four overs. 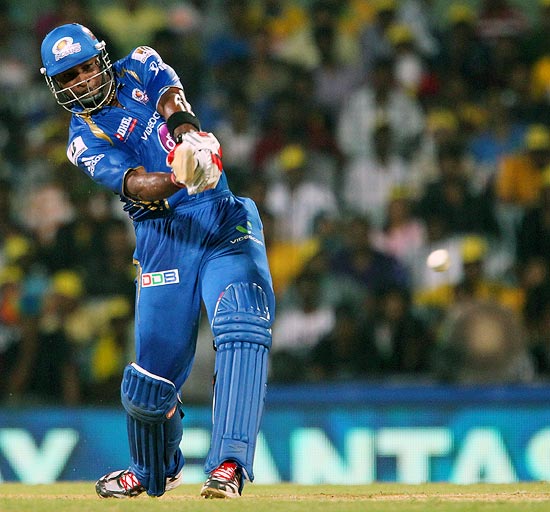 There is no better player than Kieron Pollard when it comes to T20 cricket. He proved his worth yet again for Mumbai Indians as he single-handedly took them to victory against Chennai Super Kings.

Mumbai Indians were left reeling following the failure of their top order before Pollard revived the innings with a blazing knock of 57 from 38 balls that lift them to a respectable 148 after they were struggling at 59 for four in the ninth over.

He took one for 40 with the ball also, but his most telling contribution was a spectacular catch he took to dismiss Chennai captain Mahendra Singh Dhoni in the last over.

The ball seemed destined for a six till Pollard timed his jump to perfection and held the catch high over his head at deep midwicket to finish off Chennai's challenge. 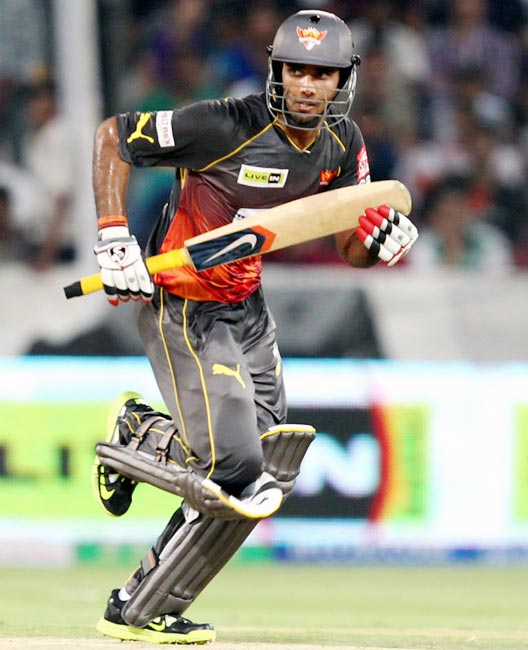 Sunrisers Hyderabad discovered a new rising star in Hanuma Vihari. The 19-year-old, who was picked by the new franchise following a good showing for Hyderabad in the domestic season, played a major role in the victory over Royal Challengers Bangalore.

A part-time off-spinner, Vihari was introduced in the second over and he made sure the gamble paid off by dismissing the dangerous Chris Gayle for one.

He then played a composed knock of 44 from 46 balls in a pressure situation even as Sunrisers messed it up in the final over with just seven runs needed for victory.

The match finished as a tie, and the Super Over was needed to decide the winner. Hosts Sunrisers survived the six-ball drama to claim an unlikely victory.

Trivedi lords over the Knights 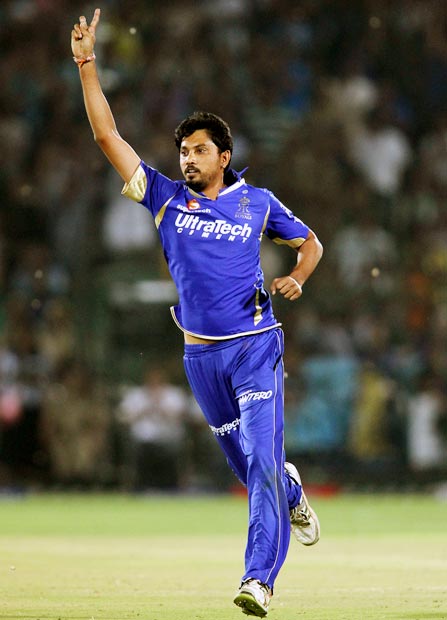 Medium pacer Siddharth Trivedi emerged as Rajasthan's hero with the ball against champions Kolkata Knight Riders, making most of a seamer-friendly track in Jaipur.

Chasing 145 for victory, Kolkata were expected to stroll to victory given the quality of batsmen in their line-up but Rajasthan's unheralded bowlers utilised the conditions to the maximum to snatch victory.

Trivedi claimed the wicket of Gautam Gambhir, who threatened to cut loose but was caught behind for 22, before he trapped Manoj Tiwary leg before wicket for 14 and then had Laxmi Ratan Shukla caught at long-on for two.

The 30-year-old right-arm Gujarat seamer, who was part of the triumphant Royals team in the inaugural year in 2008, finished with superb figures of three for 23 in four overs as Rajasthan won by 19 runs.

In the team's opening match too he played a leading hand, bagging the important wickets of Sachin Tendulkar and Sanath Jayasuriya as Rajasthan beat Mumbai by five wickets.

Captain Kohli leads from the front 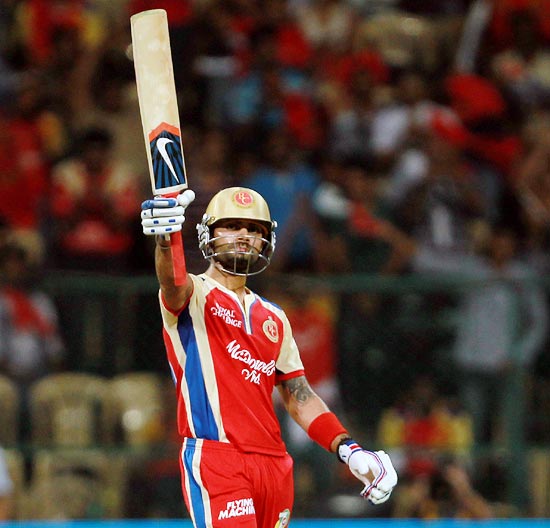 Sunrisers Hyderabad looked set to complete a double over Royal Challengers Bangalore as they posted a challenging 161 for 6 in their 20 overs after electing to bat first.

Bangalore's hopes were dealt a big blow when Chris Gayle was caught behind for 13, but captain Virat Kohli led from the front with the bat, blasting a quickfire 93 from a mere 47 balls to take the team to victory with 14 deliveries to spare.

Kohli bludgeoned the Hyderabad bowlers into submission, clobbering 11 fours and four sixes as Bangalore won by seven wickets and extracted revenge for their defeat in the previous meeting days earlier. 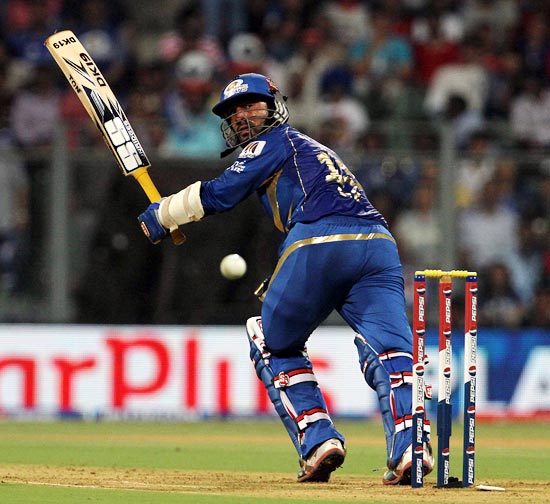 Mumbai Indians were reeling at one for two in the second over, having lost openers Ricky Ponting and Sachin Tendulkar. But Dinesh Karthik turned the match on its head with a brilliant counter-attacking knock of 86 against Delhi Daredevils.

Karthik, who had hit half-centuries in his previous two matches, continued his good run with the bat. He threw caution to the win and hammered 14 boundaries and two sixes in his 48-ball knock that took the stuffing out of the Delhi pace attack.

He added 132 runs for the third wicket with Rohit Sharma (74), helping Mumbai to an imposing 209 for five in their 20 overs.

Delhi crumbled under the pressure of the huge target and were bowled out for 165. They lost by 44 runs.