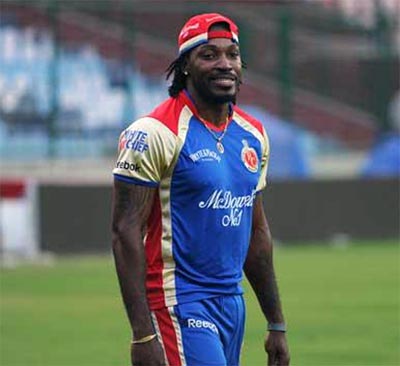 Explosive Jamaican Chris Gayle and Sri Lankan dasher Tillekratne Dilshan on Tuesday batted under lights for half an hour at the Royal Challengers Bangalore's net practice ahead of their encounter with Mumbai Indians on April 4 at Chinnaswamy Stadium in Bangalore.

Gayle and Dilshan had their first net session for RCB after they had arrived on Monday night. Both of them batted with the same vigour as they normally do out in the middle and attacked the bowlers mercilessly. Former captain Daniel Vettori, who is coming into the team after recovering from an injury, also rolled his arms over.

The Kiwi looked relaxed and fit, unlike Zaheer Khan who is also recovering from calf-muscle injury and was absent from the session.

Zaheer had sustained injury during Mumbai's Ranji Trophy game against Gujarat last December and was then dropped from the Indian Test squad against England. 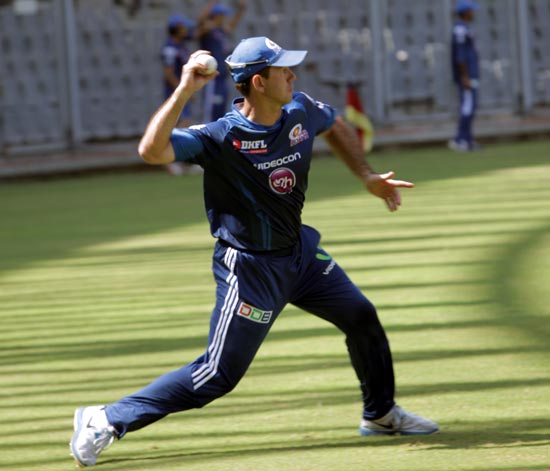 In the afternoon, Mumbai Indians practiced in the stadium with Kieron Pollard and Dwanye Smith took guard at the nets to bat. Sachin Tendulkar, Ambati Rayudu and Rohit Sharma also batted at the nets. 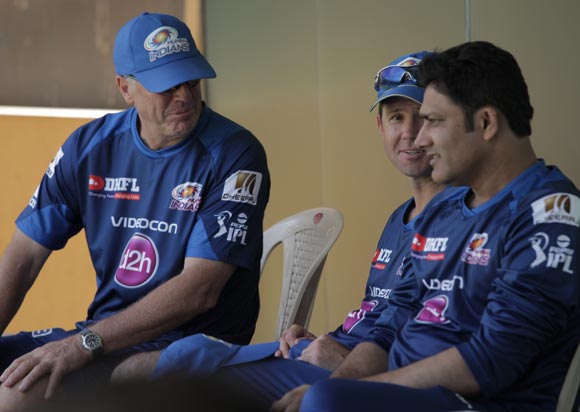 Prior to get some batting practice, Mumbai Indian players concentrated on fielding under the watchful eyes of South African great Jonty Rhodes.