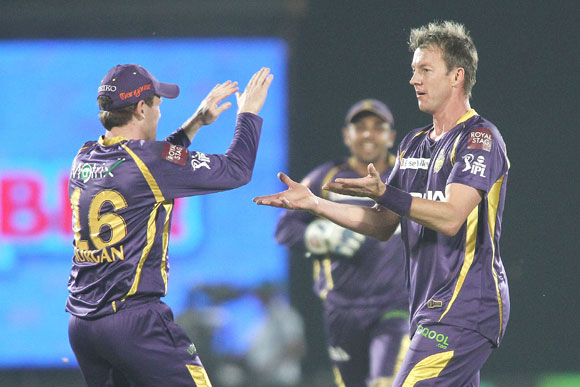 Batting first, Rajasthan put up a decent 144 for six in their stipulated 20 overs and then restricted the defending champions to 125.

Brett Lee, who struck first ball in the opener against Delhi, provided the visitors with an early breakthrough again. Shane Watson (5)'s arrival was much anticipated in the Royals' ranks but it lasted a mere 10 balls as he uppishly drove Brett Lee only to be caught by Eoin Morgan in the extra cover region.

This was after having lofted the previous delivery over the mid-off fielder for a boundary. 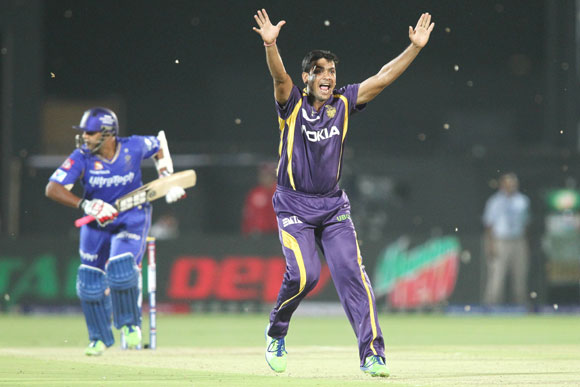 KKR's 'Go-To' Man for the past couple of seasons Rajat Bhatia got the important wicket of Dravid (17) with an innocuous delivery.

The Delhi veteran bowled one that pitched on length and came straight but Dravid tried to play across the line to find the stumps rattled.

It seemed Stuart Binny (14, 3x4) started from where he left against Delhi Daredevils but Laxmi Ratan Shukla angled one into the right-hander to trap him leg before.

Rahane made a valuable 36 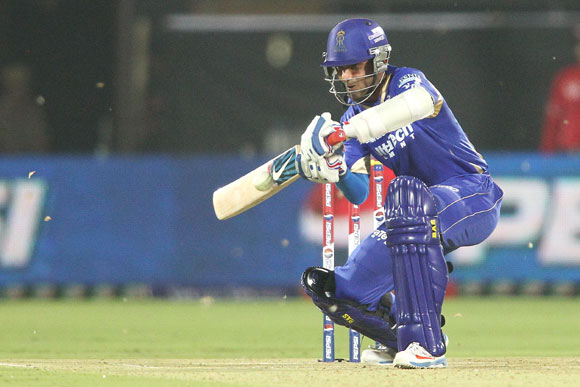 Ajinkya Rahane's 36 (3x4, 1x6) was a significant contribution for Rajasthan.

Rahane got into the double figures with back-to-back boundaries in Shami Ahmed's next over with a cover drive and a steer towards third-man boundary. With skipper Dravid for company, the duo added 35 runs for the second wicket and looked like consolidating the innings.

Rahane and Brad Hodge took the score past 100 and the young Mumbaikar hit a breathtaking six over extra cover off Shami Ahmed's bowling. 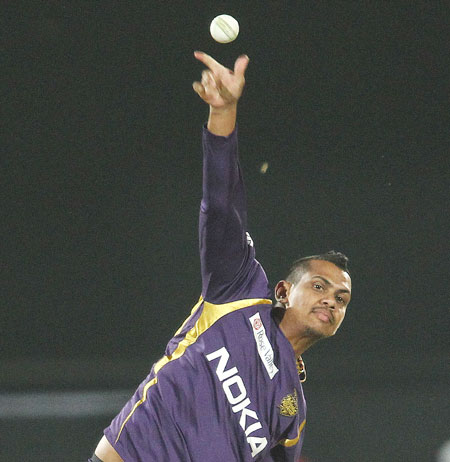 Just when Rahane looked like getting set for a big knock, KKR's 'Mystery Man' struck twin blow. First he got a straighter one, which Rahane edged to Manvinder Bisla behind the stumps.

Narine removed Kevon Cooper for a duck as Bisla pulled off a smart stumping to reduce Royals to 102 for five.

Narine's figures were somewhat damaged by Hodge and left-handed keeper-batsman Dishant Yagnik (16) who clobbed him for 18 runs in the penultimate over. 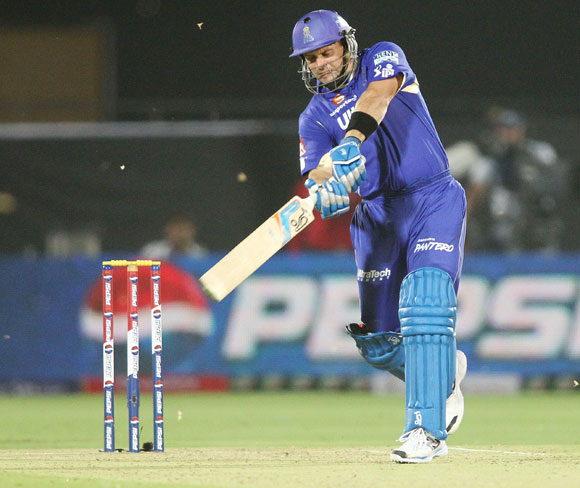 Brad Hodge used all his experience in the shortest format to good effect as he propelled Rajasthan to a competitive score.

The Australian smashed 46 off 31 balls with seven boundaries as Royals got 38 runs in the last three overs after KKR bowlers had maintained discipline for the better part of the 17 overs. 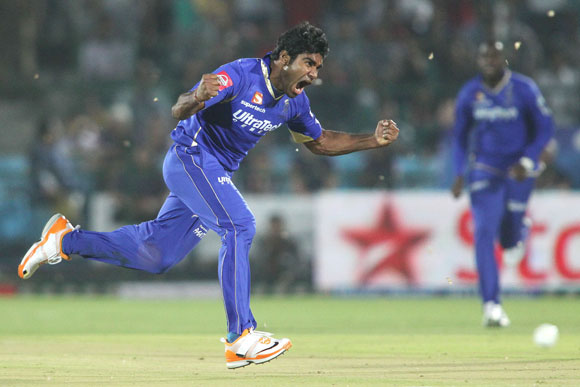 Rahul Shukla struck twice early on to put Rajasthan on track for a win.
The young bowler, in his second over, first crashed past the defense of Manvinder Bisla (1), and after bowling a wide, had the veteran Jacques Kallis caught behind.
It was the South African's seventh duck in the tournament. Siddharth Trivedi then got into the act picking up three wickets.

The veteran struck with his first ball, having Manoj Tiwary (14) out leg before. Four balls later, a spectacular catch by Yagnik ended Gautam Gambhir's (22) innings.

Trivedi returned to have Laxmi Ratan Shukla (2) caught by Shukla at long on.

Morgan top-scored for KKR with 51 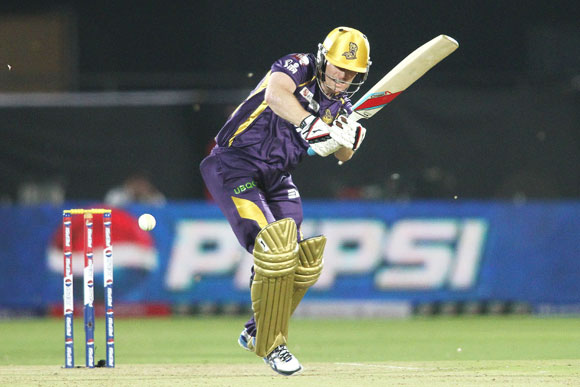 Eoin Morgan, dropped on two by Shane Watson at first slip (off Trivedi), top-scored for Kolkata with a valiant 51.

The England international's 38-ball knock was inclusive of three boundaries and sixes each.

However, when Kevon Cooper cleaned him up in the first ball of the penultimate over it marked the end of the Kolkata chase.

Cooper finished with impressive figures of three for 15 as Rajasthan won with an over to spare.