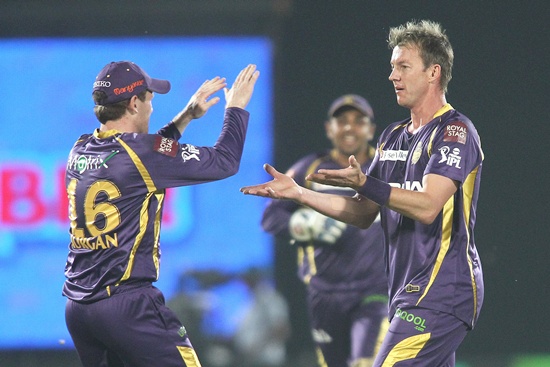 Back home after two successive away defeats, Kolkata Knight Riders will be hoping to revive their fortunes when they take on a consistent yet sloppy Sunrisers Hyderabad in the Pepsi IPL 6 match in Kolkata on Sunday.

-PIX: Sexy Preity, Shilpa, Deepika turn it on at the IPL

-PHOTOS: Why KKR owner Shah Rukh will cheer for RCB

The defending champions began their campaign on a winning note against Delhi Daredevils but failed to sustain the momentum against Rajasthan Royals and Royal Challengers Bangalore.

In their last match against the Bangalore outfit, they were handed a royal thrashing with Chris Gayle scoring a devastating 50-ball 85 not out.

Gambhir's men will be keen to put behind that nightmare and get back to winning ways. The playing XI may see some changes.

Narine will once again be the key at Eden Gardens 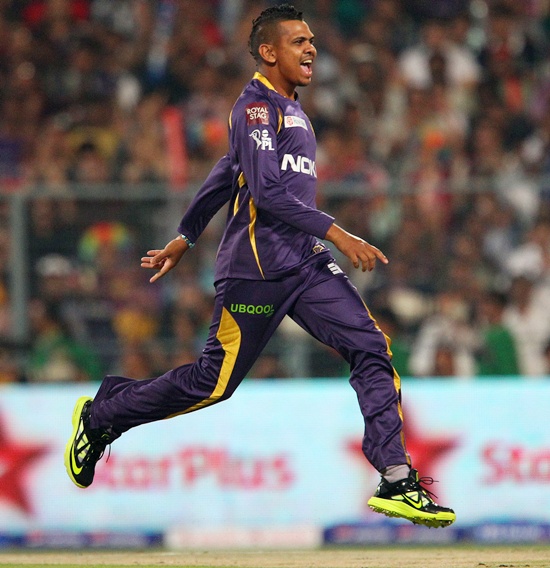 Well aware of Sunrisers' batting frailty, the Knight Riders would expect their pace spearhead, Brett Lee to come back into contention, replacing the lacklustre Ryan McLaren.

-Is Preity Zinta the REAL cheergirl of Kings XI?

'Mystery spinner' Sunil Narine will once again be the key man at the slow Eden track as the Windies off spinner would look to bamboozle the weak Sunrisers batting with his guile.

As far as the hosts' batting is concerned, they also look to bring in the explosive Kiwi opener Brendon McCullum, who has recovered from a hamstring injury.

It is McCullum's inclusion that is certain to give the think tank a sleepless night as with the four-foreigner rule it would shift the balance of the side.

It remains to be seen how Gambhir fits in McCullum in place of an in-form Eoin Morgan and senior most pro Jacques Kallis, who doubles up as the third medium pacer. 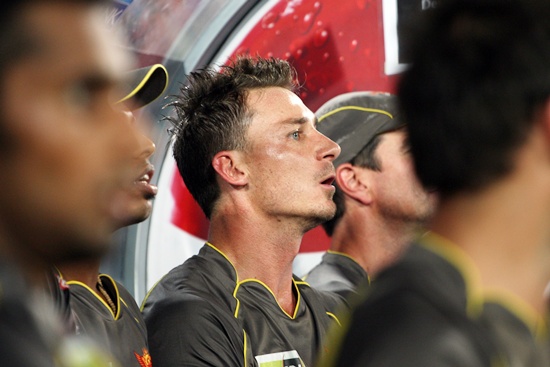 On the other hand, the Sunrisers may not boast of a star-studded line up but in world's fastest bowler Dale Styen, who is partnered by Ishant Sharma, and Amit Mishra chipping in with his crafty leg spin, have a disciplined bowling attack.

-PHOTOS: Many moods of sensational Sania Mirza at IPL 6

Steyn has been in ominous form and has an economy of 4.73 in the shortest format, while Mishra (5.68) too has done well and is expected to exploit the Eden conditions.

The Sunrisers so far have punched over their weight as they have managed to beat Pune Warriors, Royal Challengers Bangalore (in Hyderabad) and Delhi Daredevils.

In fact, they would take a lot of positives from their victory over Delhi Daredevils last night in a low-scoring see-saw contest.

Under pressure condition, Sunrisers held their nerves as Mishra (9-ball 16 not out) and Steyn (5-ball 9 not out) pulled off brilliantly in the end before the batsmen did a mess of their 115-run chase.

Sangakkara is yet to find his form 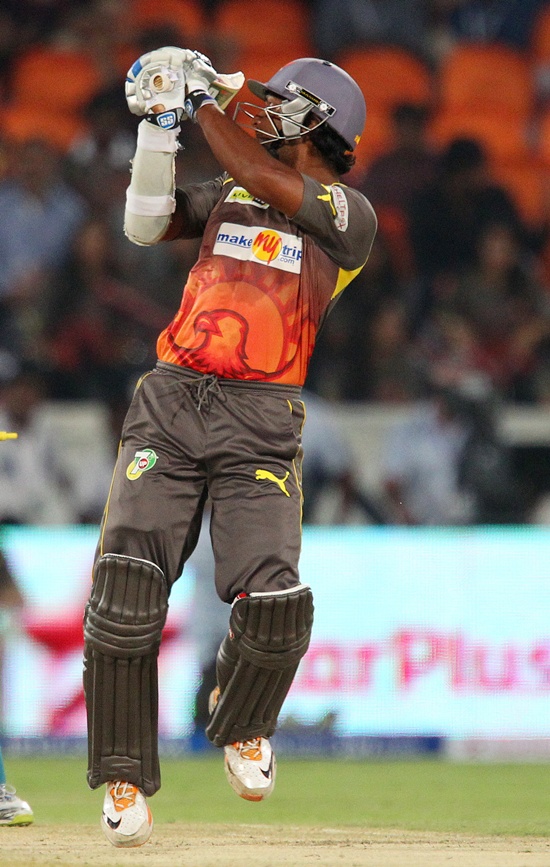 Sunrisers batting, however, is their weakest link. Such has been their misery that none of their batsmen could show their mettle in the last four matches.

They are certainly feeling the absence of India's latest batting sensation Shikhar Dhawan, who is nursing a fracture, while skipper Kumar Sangakkara is yet to find his form with the bat. His highest being 28 from four outings.

Given the limited number of game-changing batsmen in the side, the Sunrisers will hope for big innings from at least one of their two Sri Lankan recruits.

Cameron White is the third foreigner to have appeared in all the four matches but the Aussie stroke-maker has got the only half-century for his team when his 52 went in vain against a marauding Royal Challengers, who cantered home by seven wickets in Bangalore.

Openers -- experienced Parthiv Patel and Akshat Reddy -- have also been disaster, as their stands read 34, 4, 12, 2, in the four matches.It remains to be seen whether Sangakkara sticks to the duo or field South African opener Quinton de Kock, this year's acquisition.

Srikkanth and Laxman will look to inspire the batting unit 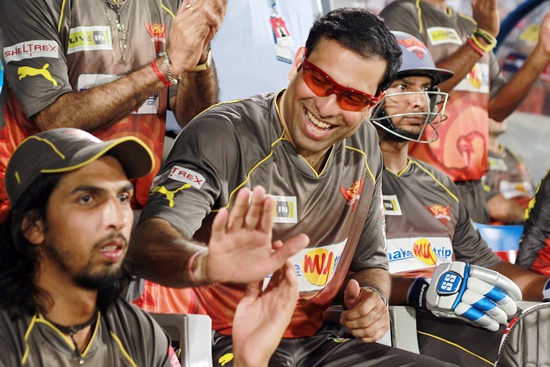 The so-called home talents in Hanuma Vihari, Akshat and Ashish have been ordinary to say the least.

The duo of Krishnamachari Srikkanth and Laxman, who are the team mentors, will look to inspire the batting unit even though it remains to be seen whether they bring in all rounder Darren Sammy along with de Kock.

Meanwhile, both the teams would pray that there's no repeat of last year when the match between Kolkata and Hyderabad (then Deccan Chargers) was abandoned due to thunderstorm on April 24.

Incidentally, the Met has forecast a thunderstorm as well.