'He made cash payment for buying clothes' 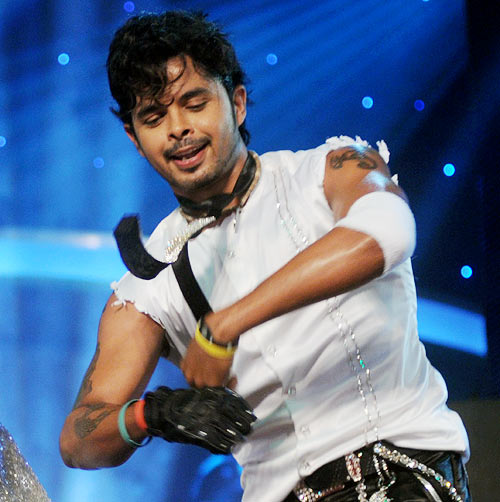 Disgraced pacer S Sreesanth bought designer clothes worth Rs 1.95 lakh in Mumbai in a single day and gifted a costly smartphone to his girlfriend using the money he allegedly got from spot-fixing in IPL matches, Delhi Police claimed on Tuesday as it added criminal breach of trust charge against the Rajasthan Royals player in the case.

It also formally arrested a former domestic player Babu Rao Yadav, who was picked up from Delhi on Monday and questioned for his links with arrested player Ajit Chandila, in the case. With this, 18 people have been arrested for their alleged roles in spot-fixing in IPL matches.

A day after seizing Rs 20 lakh from Chandila's cricket kit from his aunt's house in Haryana's Palwal, police claimed it recovered the clothes bought by Sreesanth in Mumbai and the Blackberry Z10 model costing around Rs 42,000 he gifted to his girlfriend.

"He made cash payment for buying clothes," a senior police official said.

'Sreesanth gifted the mobile phone to his girlfriend' 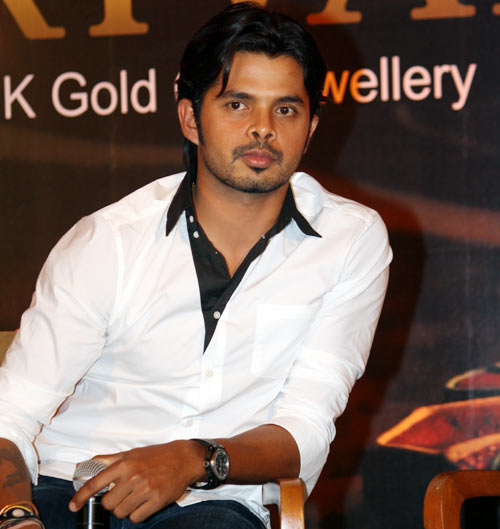 The Delhi police also said they have collected voice samples of nine of the 18 accused, including that of Sreesanth, Ankit Chavan and Chandila. They are also in the process of taking handwriting samples of the three players.

The investigators added Section 409 (criminal breach of trust) to the case against 18 players and bookies arrested in the scandal after IPL franchise Rajasthan Royals filed a formal complaint with Delhi Police.

The official said investigators took Sreesanth to Jaipur on Monday evening and brought him back earlier in the day to produce him in court as his remand ended on Tuesday.

"Sreesanth gifted the mobile phone to his girlfriend. We recovered it at the instance of the cricketer. We went to the house where the woman lived after Sreesanth talked about this during interrogation," the official said.

Police claimed he bought the phone using the money he earned from spot-fixing.

"He also bought clothes, including denims, worth Rs 1.95 lakh from Diesel Store in Mumbai. He paid the full amount in cash. We have recovered these clothes. We have documents to prove that he used the money from spot-fixing to buy these articles," the official said, adding that the store manager was quizzed. 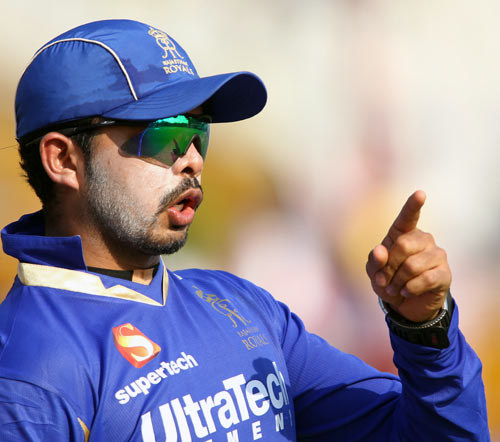 In its complaint, Rajasthan Royals said it had entered into an agreement with the three players stipulating that they will abide by the rules and regulations laid by ICC, BCCI and IPL.

The sources said the franchise said they came to know that the players indulged in spot-fixing with a personal motive and for financial gains and that they "fundamentally eroded" the sanctity of the game.

Asked why Sreesanth's voice sample was taken, police sources said he was using the phone of Jiju Janardhan, who was the conduit between the cricketer and bookies, and they had to match his voice.

'Sreesanth was also not in touch with Chandila' 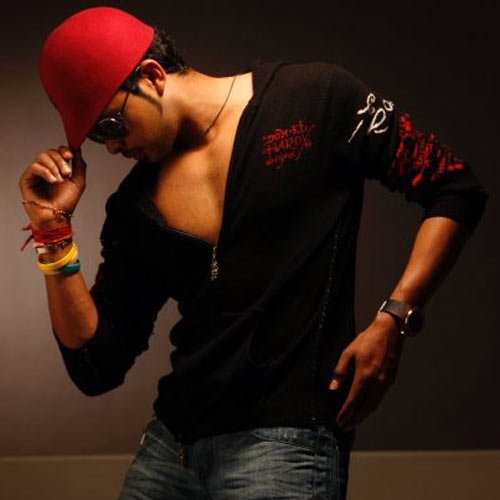 Police sources said Sreesanth's girlfriend has no role in spot-fixing and she was unaware about his dealings.

"Sreesanth was also not in touch with Chandila. We do not have any phone conversations between the two players talking about fixing matches," the official said.

The official also said they are trying to find out from where all Sreesanth made the purchases.

Meanwhile, Ranjit Barthakur, chairman of Rajasthan Royals, which on Monday gave the boot to Sreesanth and two other tainted players over the spotfixing scandal, met Special Cell officials at Lodhi Road.

Delhi Police Commissioner Neeraj Kumar also went to Special Cell office and was briefed about the developments in the case.