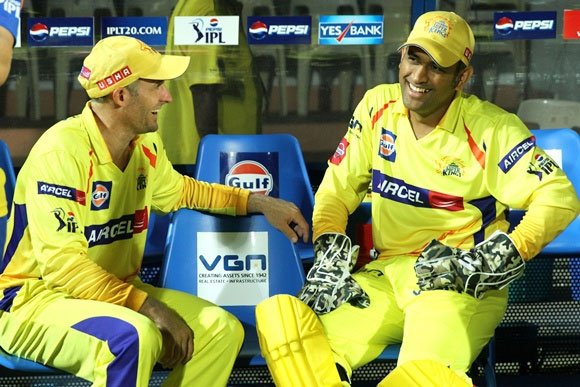 Having pulled off a dramatic win in their last match, an in-form Chennai Super Kings will look to consolidate their position as they gear up to lock horns with laggards Pune Warriors in the Indian Premier League (IPL) in Chennai on Monday.

- IPL PHOTOS: The Ambanis came, they saw and conquered!

Starting their campaign in the sixth edition of the tournament with a loss, Chennai have got their mojo back after posting back-to-back wins, including Saturday's thrilling victory over Royal Challengers Bangalore.

On the other hand, Pune have already suffered three losses in four outings, their only win coming over Rajasthan Royals.

Two-time winners Chennai are placed fourth on the points table while Pune Warriors are lying low in the eighth position with two points in the nine-team T20 league.

With Pune still struggling to come to terms, the match at the M A Chidambaram Stadium will be an opportunity for Chennai to rise on the leaderboard.

CSK have a formidable middle-order 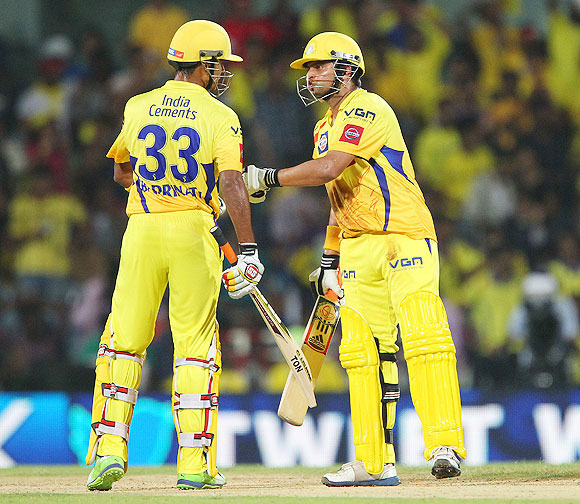 The hosts have resources in abundance, in both batting and bowling, and it will be interesting to see what strategy Pune employ to counter their opponents.

With Mike Hussey and Murali Vijay at the top, Chennai have a formidable opening pair at their disposal. And the best part, from the home side's point of view is, both are in good nick.

Considering the format, the middle-order is full of talent and experience, with the presence of Suresh Raina, Subramaniam Badrinath and Mahendra Singh Dhoni.

Then there is Dwayne Bravo, Ravindra Jadeja and R Ashwin, who is no bunny with the bat either.

It was Jadeja, who stole the limelight in the side's win over RCB with a breezy match-winning knock.

As far as Chennai's bowling is concerned, they have the pacers as well spinners to not only take wickets, but also stem the flow of runs when required. 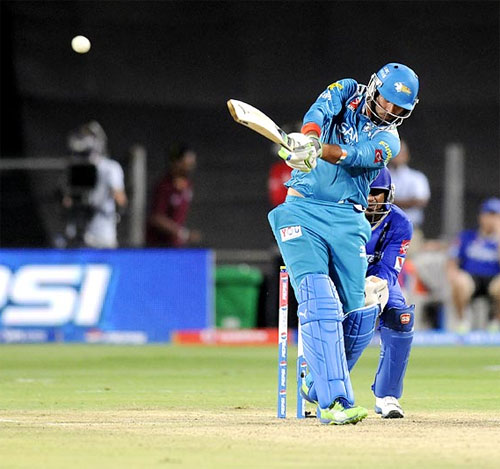 Dirk Nannes and Chris Morris did a good job against RCB, with the latter sending back the dangerous Chris Gayle for one of his three wickets.

Bravo has always been a handy all-rounder and then there is Ashwin and Jadeja.

If one includes Albie Morkel in the ranks, it only adds to Chennai's strengths.

To ensure that the match is played on an even keel, the likes of Yuvraj Singh, Ross Taylor, Aaron Finch and Mitchell Marsh will have to fire in unison for Pune.

Yuvraj, especially, carries a lot of expectations whenever the visitors are playing and unfortunately for them, the left-hander is yet to crack that one big knock that could give the side a boost.

And so is Taylor, the New Zealander can be destructive on his day. Pune are hoping that tomorrow would be his day.

Mathews needs to lead from the front 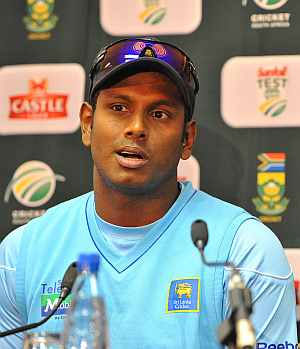 Skipper Angelo Mathews will need to lead from the front, and a couple of good performances from the skipper will do the side a world of good, especially going into the later stages of the tournament.

Marsh, Bhuvneshwar Kumar and, of course, Ashok Dinda will have to be on the money from the word go against Chennai. Dinda was smashed for over 60 runs by Mumbai on Saturday, and his confidence must have taken a beating.