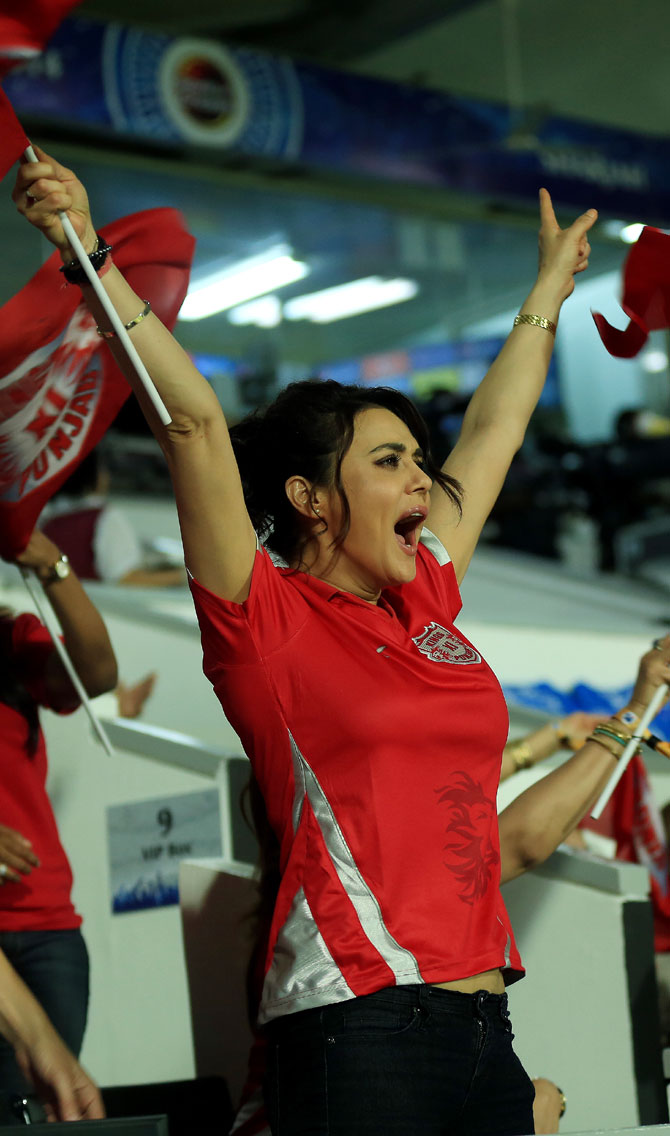 Dimple-cheeked Preity Zinta was at her ‘cheerful’ best as she went hoarse supporting her Punjab boys from the stands during the Indian Premier League 7 match against Sunrisers Hyderabad, in Sharjah, on Tuesday. 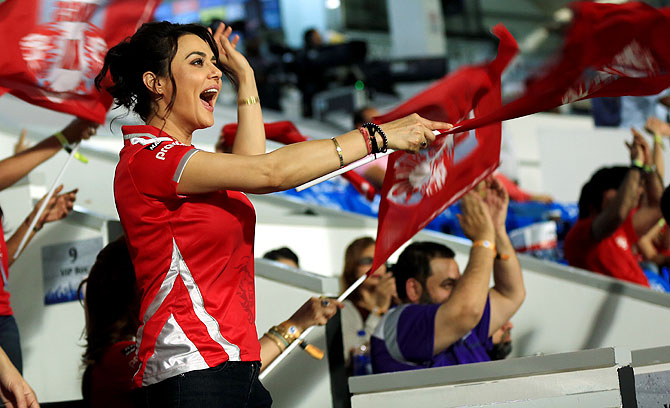 The Bollywood beauty's enthusiastic support proved fruitful as Glenn Maxwell and Lakshmipathy Balaji led the Kings to a 72-run victory over Hyderabad at the Sharjah Cricket Stadium.

An impressive half-century by Maxwell and Balaji's inspired bowling spell gave them an easy win.

Set a daunting task of having to chase 194 for victory, the Sunrisers were bundled out for 121 in 19.2 overs, Balaji being the wrecker-in-chief with figures of 4-13 in four overs. 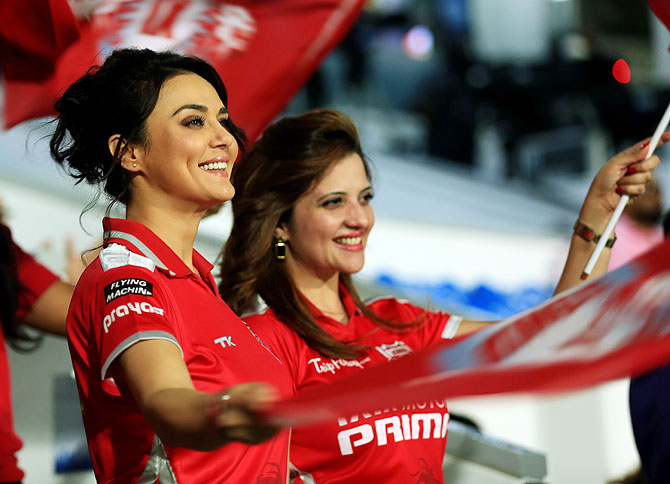 Maxwell proved that fortune favours the brave as he made good use of the two lives he got during in his innings.

'Million-dollar baby' Maxwell, who was dropped by David Warner off Karn Sharma in the 10th over before Darren Sammy had him caught on a no-ball in the 15th over, shared 68 runs off 27 balls with Miller for the third wicket.

He also added 25 runs off 15 balls with George Bailey.

After scoring 95 and 89 in his last two innings, Maxwell produced another devastating innings but fell short of a century by five runs when he was dismissed by Amit Mishra in the 18th over. 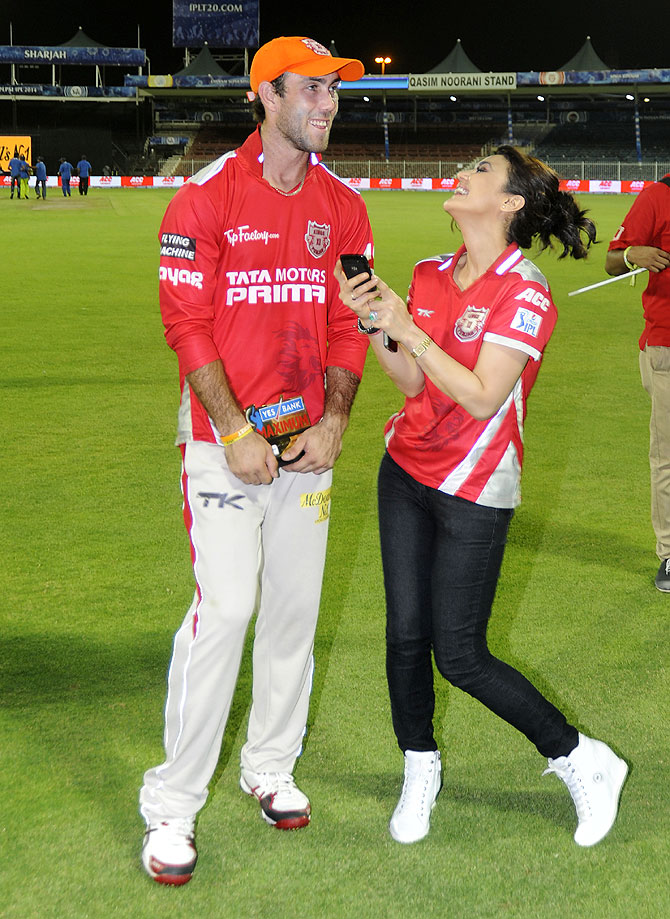 Preity Zinta’s howling and backing then saw Punjab’s bowlers come to the party.

Mitchell Johnson (2-26) struck in his first over, dismissing Sunrisers' captain Shikhar Dhawan for a single, following which right-arm seamer Balaji dismissed both Aaron Finch (19) and David Warner (eight) in his first over to leave the Hyderabad franchise languishing on 33 for three after five overs.

Thereafter, Balaji made a mockery of Hyderabad’s batting.

Kings XI Punjab have won three games on the trot, including their first-ever victory over the Sunrisers, and sit atop the IPL log with six points, while the defeat saw Hyderabad drop to the foot of the table, having lost both their opening games.

Preity Zinta was then seen having a good time with Maxwell as they joked over some apparent message on their smartphones.

Nothing better than a good laugh after a convincing win, we say!