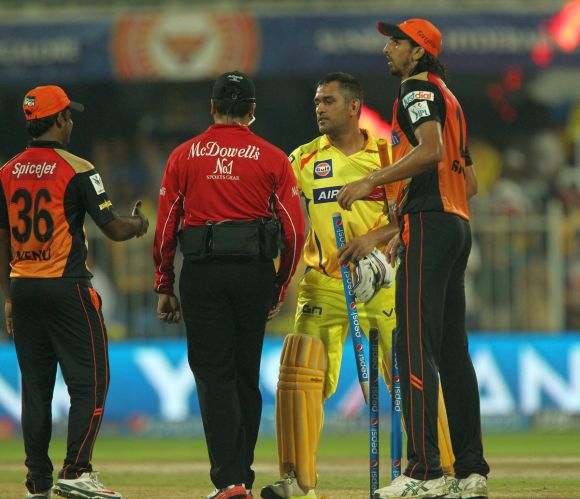 Chasing 146, Smith made a vital 46-ball 66, while McCullum made 33-ball 40, which provided them the breathing space in the chase on a pitch that was slow and low.

Sunrisers did keep things tight, but didn’t have enough runs on board to challenge Chennai’s strong batting line up.

Bhuvneshwar Kumar did provide a glimmer of hope when he picked up Smith and Faf du Plessis in the same over, but Dhoni sealed off the chase with a boundary off Amit Mishra in the final over. 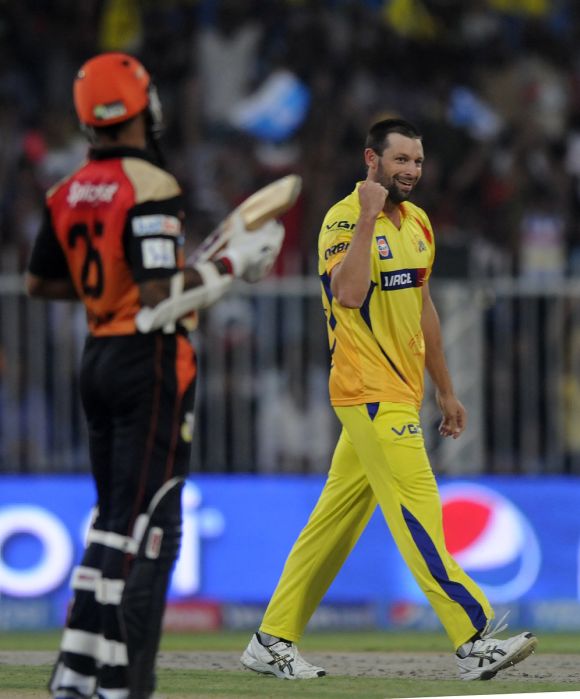 Sunrisers after winning the toss, were rocked early by Ben Hilfenhaus, who first removed Shikhar Dhawan, who was caught at square leg by Mithun Manhas for 7.

Couple of balls later, Hilfenhaus had David Warner walking back to the pavilion, after he was adjudged LBW.

Replays, however showed that the ball would have bounced over the stumps 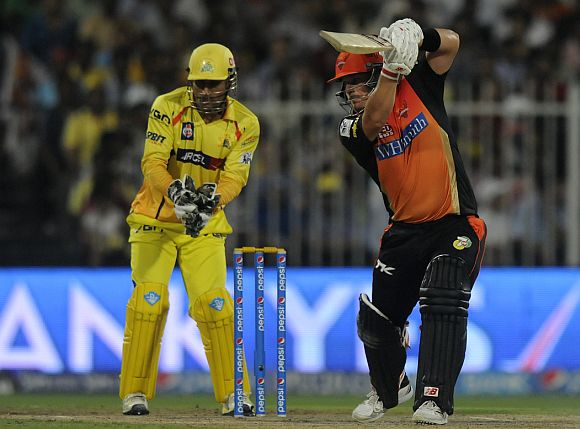 Aaron Finh, who hit a 88 in the previous game against Delhi Daredevils, was once again the top-scorer for Sunrisers with a fighting 44.

On a pitch that was on the slower side, Finch had to play the sheet anchor role, wherein he had to take singles and doubles to ensure the strike is being rotated.

He got an able partner in the form of KL Rahul, who forged a vital 52 runs stand with the Australian.

Rahul, however couldn’t last long as he was dismissed by Smith in search of quick runs. 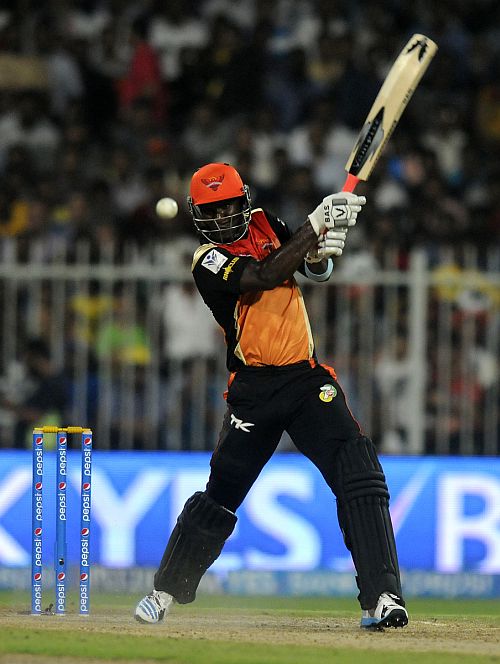 With the scoring being tough and the bbowling being precise, Darren Sammy and Karn Sharma provided the impetus to Sunrisers innings.

The duo took advantage of Hilfenhaus as first Sammy stroked him for a boundary, following which Sharma smoked Hilfi for consecutive sixes.

Sammy stroked Mohit too out of the park to push Sunrisers score to a fighting one.

Chennai openers off to a flier 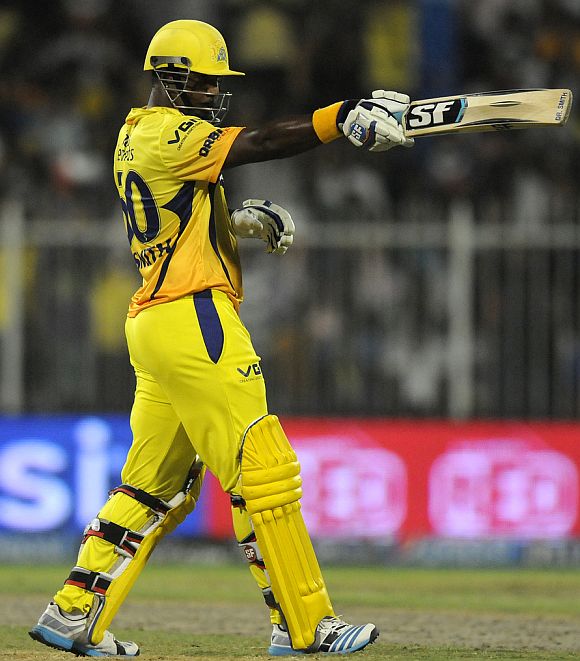 Dwayne Smith and Brendon McCullum gave Chennai the perfect start. Smith made his intentions pretty clear, when he dispatched Dale Steyn for a boundary in the opening over.

McCullum wasn’t far behind as he smoked Steyn out of the park.

But it was in Ishant Sharma’s opening over that Smith really got going hitting him for two sixes.

Karn Sharma provided the breakthrough for Sunrisers, when he castled McCullum with a googly for 44. 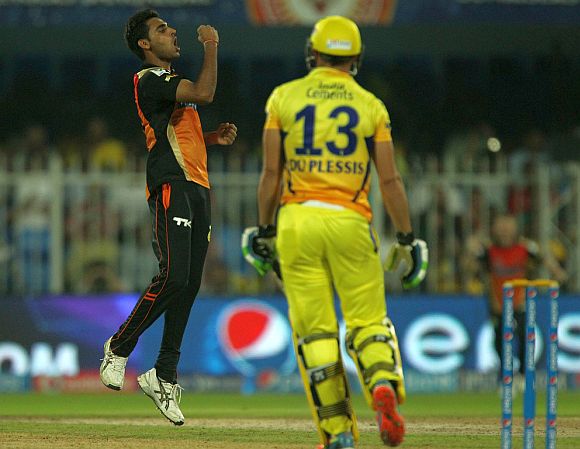 Ishant Sharma got his name in the wickets coloumn as he removed in-form Suresh Raina for 14.

Raina, who had already hit Ishat for a six and boundary, got greedy and paid the price and was caught at sweeper boundary by Venugopal Rao.

But the game turned when Bhuvneshwar Kumar picked up Smith and Faf du Plessis in the same over.

Bhuvi, first had Smith caught at long-off by David Warner and then removed Du Plessis with a brilliant seaming delivery.

Ravindra Jadeja was cleaned up Ishant. But Dhoni still at the crease, Chennai cruised home with three balls to spare