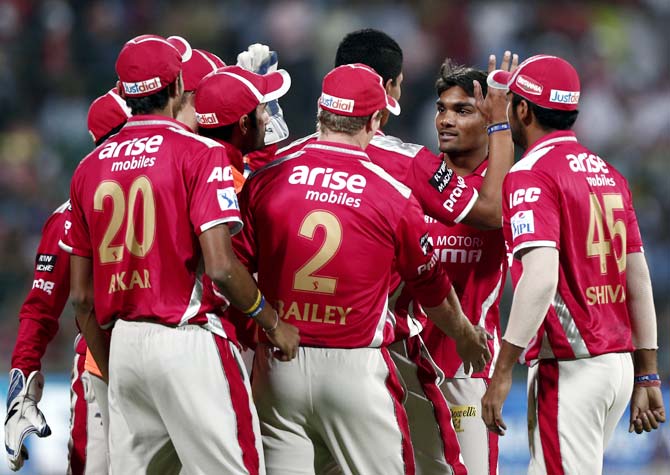 Kings XI Punjab edged past Delhi Daredevils by four wickets in a thrilling finish to become the first team to qualify for the play-offs in the Indian Premier League, in New Delhi, on Monday.

After being put in to bat, Delhi Daredevils riding on Dinesh Karthik's 44-ball 69 posted a competitive 164 for seven in their 20 overs.

In reply, Punjab's top batsmen failed to fire but youngsters Manan Vohra and Akshar Patel scored 42 each to steer their team to victory with two balls to spare. 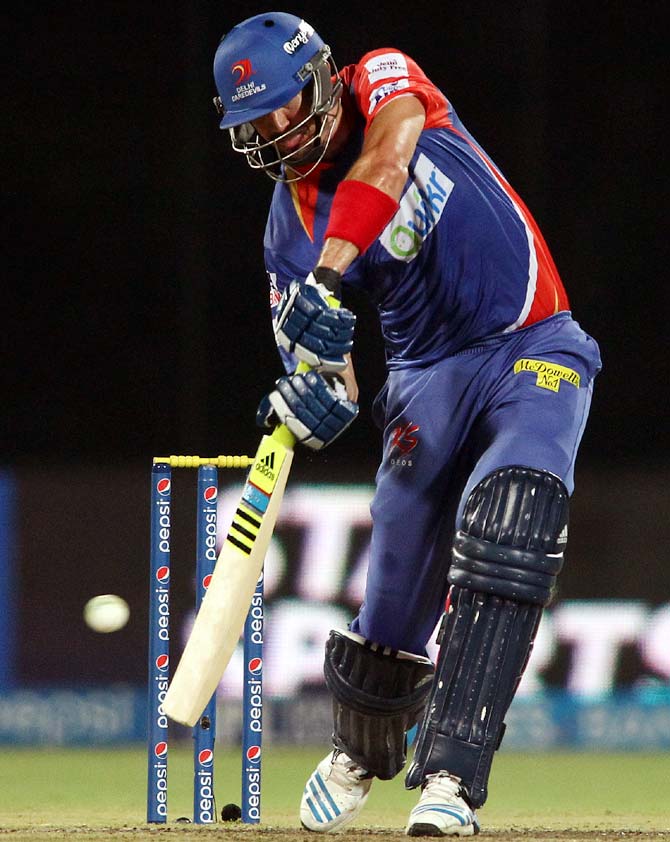 Captain Kevin Pietersen finally got back among the runs as he rallied Delhi after an early wicket, putting on 71 runs for the second with Dinesh Karthik.

The right-hander played positively to score 49 from 32 balls, before was bowled by a beauty from left-arm spinner Akshar Patel, who got one to grip and turn. 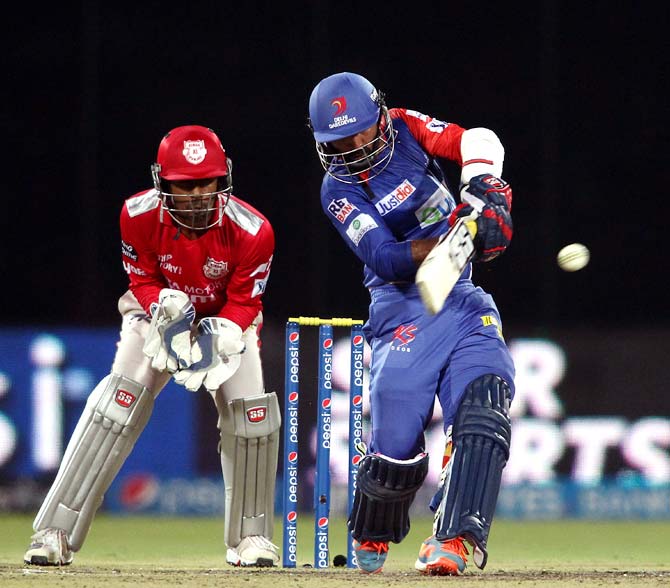 Dinesh Karthik top scored for Delhi with a quickfire innings of 69 from 44 balls, hitting seven fours and three sixes.

Delhi lost their way in the end, scoring just 30 runs in the last five overs while losing five wickets in the process to finish on 164 for seven in their 20 overs.

Sandeep was once again the star performer for Punjab with the ball as he claimed three for 35, while debutant pacer Beuran Hendricks took three for 36. 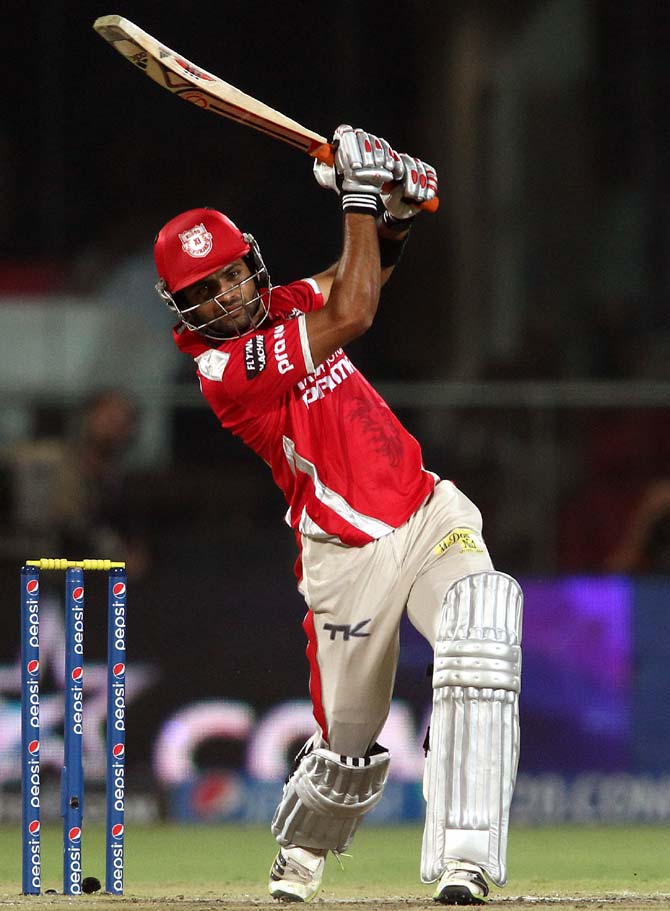 Manan Vohra gave Punjab a flying start with a blazing innings of 42 from just 19 balls, with the help of four fours and three sixes.

Sehwag played second fiddle from the other end with a sedate knock of 23 as the two openers put on a fiery opening partnership of 67 runs from just 38 balls to give their team a solid platform. 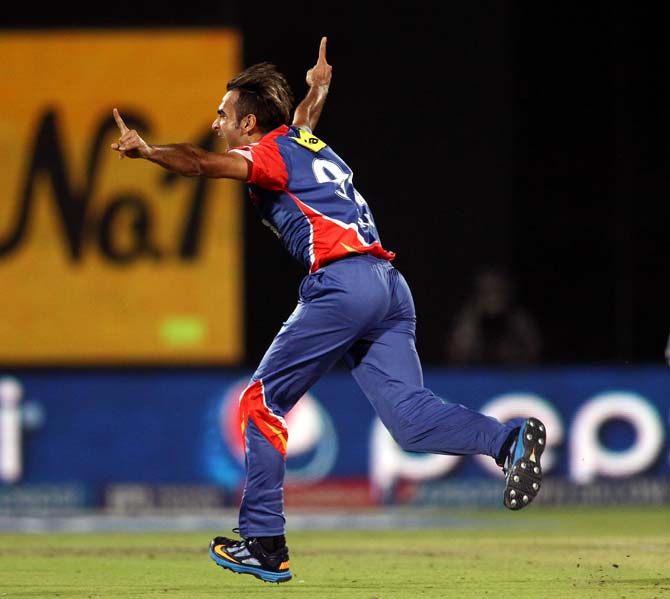 Vohra holed out to the fielder at long-off before Maxwell was foxed by the googly and was bowled for 14.

Part-time off-spinner JP Duminy bowled David Miller to leave Punjab in a spot of bother at 94 for four in the 10th over. 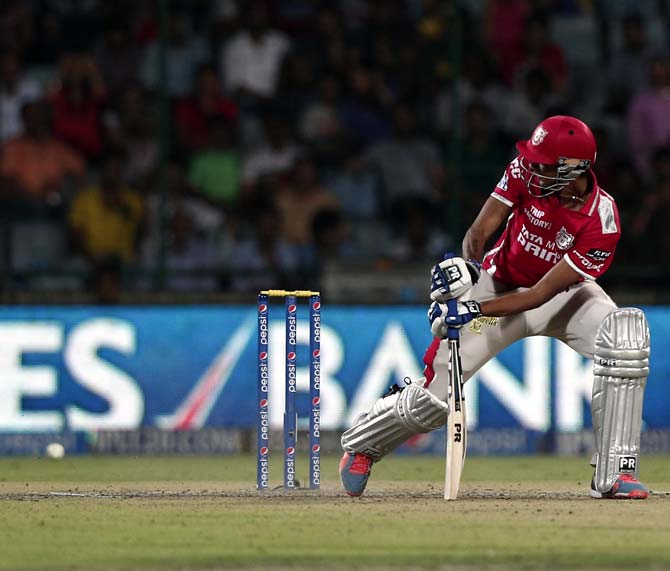 Akshar Patel, who was promoted to No. 6 ahead of captain George Bailey, showed great composure with the bat in the closing stages to steer Punjab to a thrilling victory in the final over.

Patel finished unbeaten on 42 from 35 balls and Rishi Dhawan hit the winning runs as he slammed Wayne Parnell for a boundary through midwicket two balls from the end to consign Delhi to their seventh straight loss in the tournament.

Punjab registered their ninth victory in 11 games to stay top of the IPL standings with 18 points and also qualify for the play-offs.