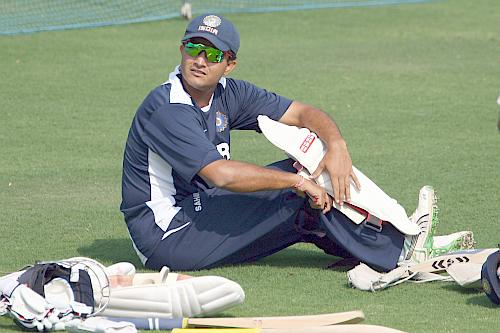 Pulled up by skipper Sourav Ganguly following a lacklustre showing in their previous outing, Pune Warriors batsmen would look to put up a much better display when they take on the formidable Chennai Super Kings in the Indian Premier League, in Pune, on Saturday.

The Warriors started the tournament on a positive note, notching up wins in their first two matches, till Kings XIPunjab disturbed the momentum.

The Super Kings, on the other hand, have not been their usual self at the start, but the thrilling win over RoyalChallengers Bangalore, on Thursday, when they chased down 206, should come as a shot in the arm for the visitors.

True, the Subrata Roy Sahara Stadium is set to be packed to the brim by Warriors fans, but going by Chennai's depth and variety, the visitors are not likely to be too worried about that.As far as captaincy is concerned, Ganguly led the side well, but is yet to fire with the willow.

Considering that they are not a side packed with experienced international stars, it is important that Ganguly takes the lead himself and inspire the rest who follow him in the batting line-up.

Murali Vijay has been one tormentor for the bowlers 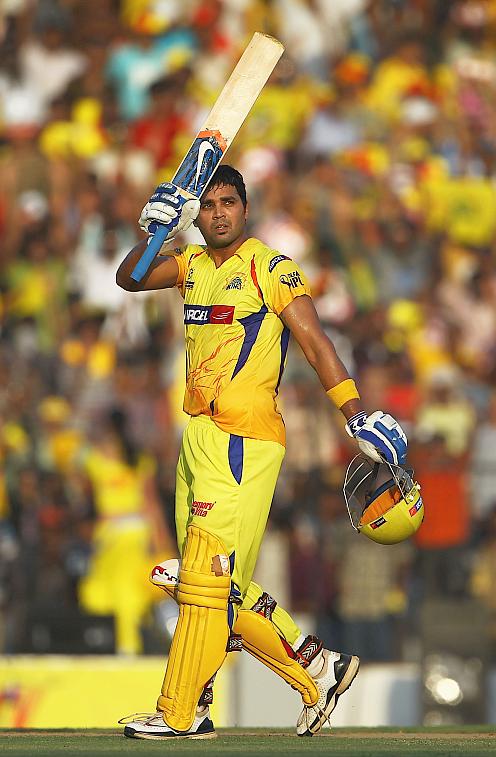 The top-order hasn't fired yet and quicker the likes ofJesse Ryder, Robin Uthappa, Manish Pandey and Angelo Mathews get into the groove, the better it will be for the Warriors in the nine-team T20 tournament.

Their batting may not seem that formidable but Pune surely have a pretty good bowling attack in Ashok Dinda, Ashish Nehra and leg-spinner Rahul Sharma.

Nehra attributed their seven-wicket loss on Thursday to  fielding lapses and the failure to play the full quota of 20 overs, and the Warriors would do well to avoid repeating the same mistakes.

The Warriors were bundled out for 115 in 19 overs againstKings XI Punjab.In stark contrast, the Super Kings batted with aplomb as they successfully chased a mammoth target at the Chepauk stadium.

While Murali Vijay hasn't really done anything of note till now, his opening partner Faf du Plessis has proved to be one tormentor for the bowlers.

Du Plessis cracked 71 off just 46 deliveries while skipper Mahendra Singh Dhoni contributed 41 off 24 that also marked his return to form after a quite start to the tournament.

CSK will be hoping to continue the momentum 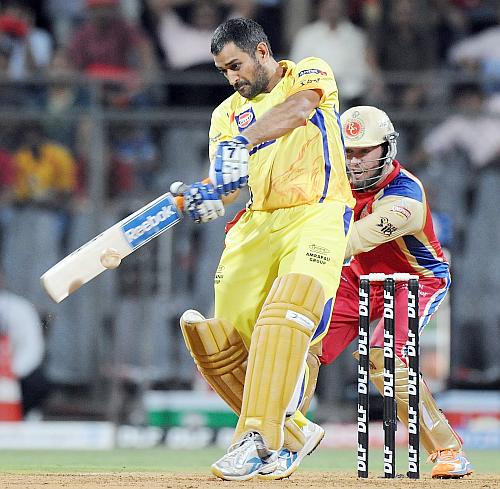 Albie Morkel and Dwayne Bravo, too, were in their elements as they pummeled the RCB attack.The defending champions would be hoping to continue themomentum against the Warriors.

The Warriors are placed third on the points table withtwo wins from three matches, while the Super Kings are onfifth position with as many wins as the hosts from four games.