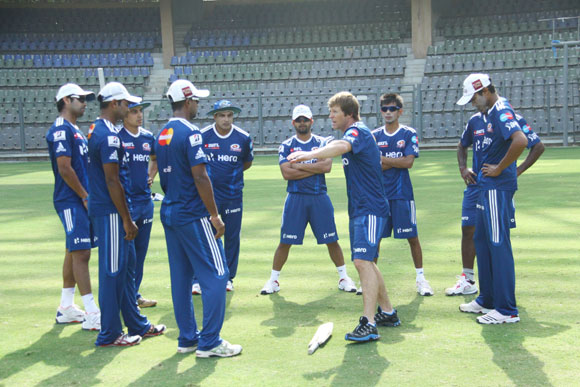 Thirsting for revenge and desperate to arrest their two-match losing streak in the ongoing Indian Premier League, Kolkata Knight Riders would settle for nothing less than a victory in their return leg clash against Mumbai Indians at the Wankhede stadium on Wednesday.

But it won't be easy for KKR as Mumbai Indians, with 18 points from 14 matches, hold an edge over the visitors and a victory in their last home game on Wednesday would definitely cement the Harbhajan Singh-led side's place in the second stage of the competition.

KKR, who suffered back-to-back defeats in their last two games - against MI and holders Chennai Super Kings - at the home venue of Eden Gardens, are a point adrift of their rivals with 17 in their kitty from 14 games.

But a win against Mumbai at the Wankhede Stadium would virtually seal KKR's place in the four-team play-offs ahead of their final round robin game against the struggling Pune Warriors on May 19.

Kolkata need to dust off the stunning defeat against Chennai 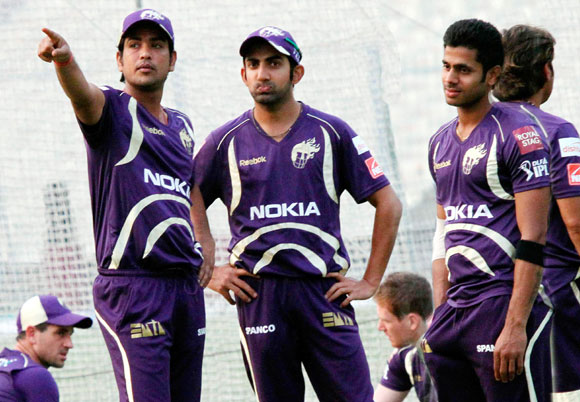 KKR, however, need to dust off the stunning last-ball defeat against Chennai on Monday night in their final home game of the season if they desire to match the highly confident Mumbai outfit, whose main adversary playing in their backyard has been the uncertain nature of the wickets.

On wickets that have helped batsmen, MI have been on roll, but on wickets that have either seamed around or helped spin bowlers overtly, their mighty batting line-up has struggled a bit – indicated by their 3-4 win-loss record at home this season.

Mumbai have turned it around after being comprehensively outplayed by the Royal Challengers Bangalore at the Wankhede Stadium on May 9. They defeated KKR and RCB away from home in back-to-back games to stand on the threshold of qualifying for the next stage of the competition.

If it was Rohit Sharma who flattened KKR with a brilliant unbeaten 109, his maiden IPL ton, it was another talented youngster – Ambati Rayudu – who stole the win for MI against RCB on Monday night in Bangalore with a brilliant 81 not out off 54 balls.

Tendulkar has failed in the last two games 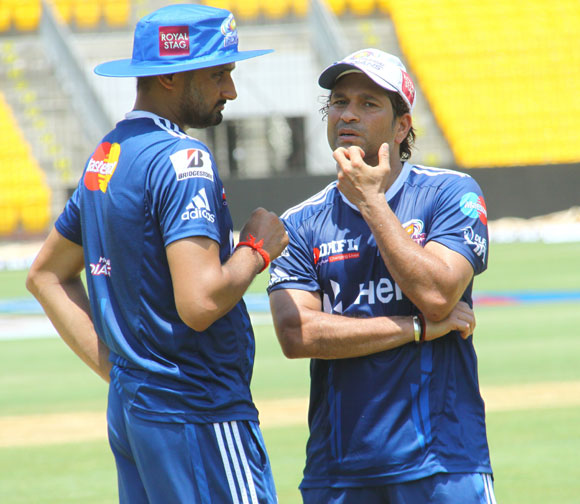 Though Sachin Tendulkar failed to prosper in both these matches, getting out to single digit scores, MI would be heartened by the performance of Rohit, their leading run-getter this season with 407 from 14 games, and Rayudu.

The availability of South African Herschelle Gibbs to open the innings with Tendulkar has lent the cutting edge to the home team's batting.

However, the flip side of Mumbai's batting has been the inconsistent showing of its number three batsman Rohit, who has fired in one match and then flopped in another.

And KKR know very well that Rohit is the batsman to be stopped at all costs along with Tendulkar and the big-hitting Kieron Pollard whose return from a shoulder injury has galvanised the team's stuttering form.

Harbhajan has also been inconsistent 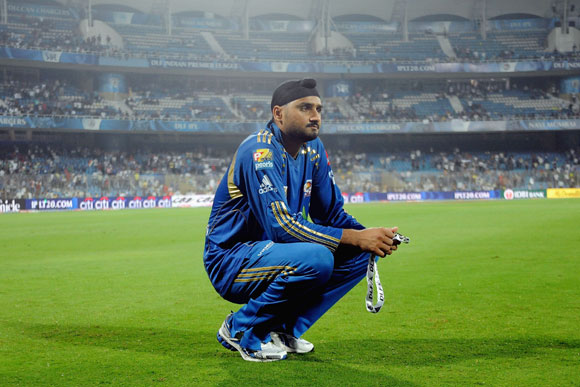 Mumbai's bowling has been a mixed bag right throughout the tournament with the exception of Lasith Malinga, who heads their wicket-takers' list with 20 scalps from 11 games.

And Malinga would continue to pose serious danger to the rival batsmen whenever he operates.

But none exemplify the inconsistency of Mumbai's bowling other than Munaf Patel, whose 14 wickets from 11 games have cost him plenty of runs.

The lanky pacer lost the plot for his team against Bangalore on Monday, giving away a 24-run over to Mayank Agarwal with his wayward bowling at the death.

Skipper Harbhajan Singh, who was fined for slow over rate, has also been inconsistent after slipping into the groove of late.

But luckily for Mumbai, Pollard has been very consistent with the ball while Rudra Pratap Singh and Pragyan Ojha have also witnessed mixed bag outings so far.

Gambhir has led KKR from the front with the bat 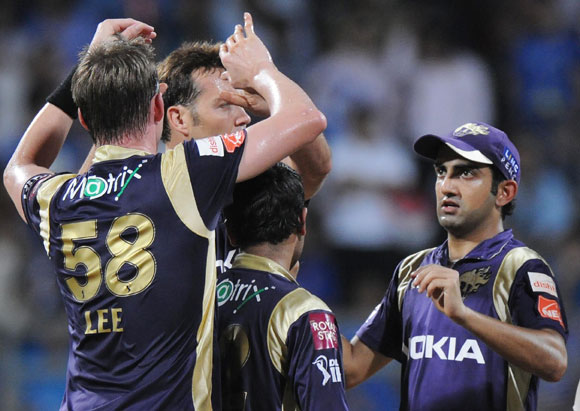 On the other hand, Gautam Gambhir has led KKR from the front with the bat, scoring 519 runs from 13 games.

Jacques Kallis (297 from 13) and Brendon McCullum (216 from 9) have done well in patches, but the poor showing of the middle-order would be a serious concern for Gambhir going into their last two league encounters.

A major let-down for KKR in both batting and bowling has been Yusuf Pathan, who has done precious little barring a cameo of 40 not out against MI. His tally of 117 runs and a lone wicket in 13 games has been below par.

Another bits and pieces player Rajat Bhatia has done his bit with the ball (10 wickets in 13 games) without doing much with the bat.

Luckily for KKR, West Indian off-spinner Sunil Narine has been the find of the season. With 17 scalps from 11 games, Narine is expected to play a vital role against Mumbai and his battle with the home team's middle-order could be crucial to the outcome of the game.