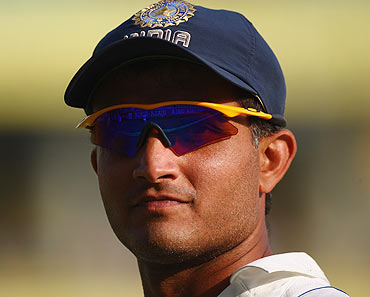 Pune Warriors skipper Sourav Ganguly patted his teammates for putting up a superb all-round show in their victory over Kings XI Punjab as they maintained their clean slate in the fifth edition of the Indian Premier League.

Warriors now have two wins in as many matches and are second in the points table behind Rajasthan Royals.

"We bowled well in the first 10 overs and batted well in the last 10 overs. The late onslaught took us to 160 plus but it was not easy (to bat), the ball was keeping low," Ganguly said. 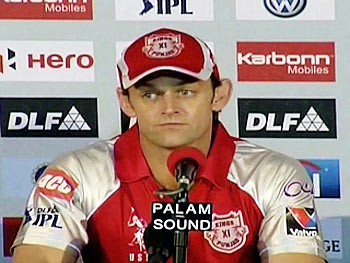 Punjab skipper Adam Gilchrist realised the mistakes committed by his side.

"We gave away 30 runs too many and 10 minutes of madness toward the end of our bowling and bad calls towards the start of our batting cost us the game," he said.

The Australian though was hopeful for change in fortunes.

"We need to train hard and turn it around. We can go through a form slump in this kind of long tournament and our prime purpose is to arrest it and make a comeback," he said.
Tags: Punjab 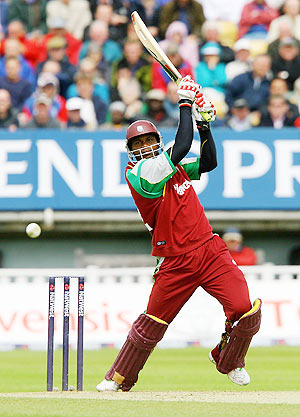 Marlon Samules was adjudged man-of-the-match for scoring 46 runs and taking one wicket.

"The captain told us 150 was a good total. The ball was skidding on and we got an imposing total on board. We need to play hard cricket and that was what was discussed in the team meeting. I am looking forward to continue (in same vein). It was fantastic to play before such a crowd. You do not get better than this," he said, referring to brand new Subrata Sahara stadium, the venue of the match.
Tags: Marlon Samules , Subrata Sahara
More
© Copyright 2022 PTI. All rights reserved. Republication or redistribution of PTI content, including by framing or similar means, is expressly prohibited without the prior written consent.
Write a
Comment
Print this
article