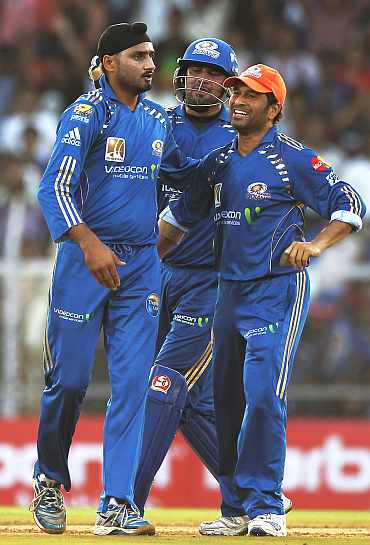 It will be a clash of titans at the Feroz Shah Kotla when Sachin Tendulkar's Mumbai Indians take on Delhi Daredevils led by Virender Sehwag on Sunday.

There are enough ingredients for a mouthwatering contest as two of the biggest names in Indian cricket will be out to prove their supremacy.

Mumbai Indians, who were the finalists last year, are easily the favourites on paper with Tendulkar, Kieron Pollard, Andrew Symonds ready to take any attack to the cleaners with their murderous approach.

For Delhi Daredevils, which lost as many as seven (Gautam Gambhir, AB de Villiers, Ashish Nehra, Pradeep Sangwan, Daniel Vettori, Mithun Manhas, Rajat Bhatia) of their key players, it will be a real challenge to do well with a set-up that neither consists of any big international names nor an Indian player of repute save the skipper and South African speedster Morne Morkel.

The team consists of mainly India discards and fringe players who are trying to claw their way back into the national team.

Therefore, Sehwag certainly won't have the cushion that Tendulkar will have in his team. 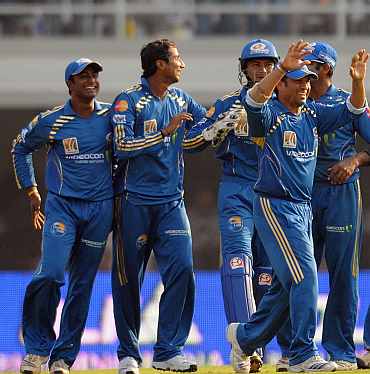 After tasting World Cup triumph in his sixth attempt, Sachin Tendulkar would definitely like to add an IPL crown to his long list of accomplishments.

With Mumbai Indians management deciding to retain four players (Tendulkar, Pollard, Harbhajan Singh and Lasith Malinga), the core of the team is intact.

The presence of domestic heavyweights such as Ambati Rayudu, Rajagopal Sathish also adds variety to the line-up. Rayudu, who kept wickets for Mumbai Indians during the last season, is surely expected to don the big gloves, which will give MI a chance to field an extra batsman.

It will be Delhi's batsmen vs Mumbai's bowlers 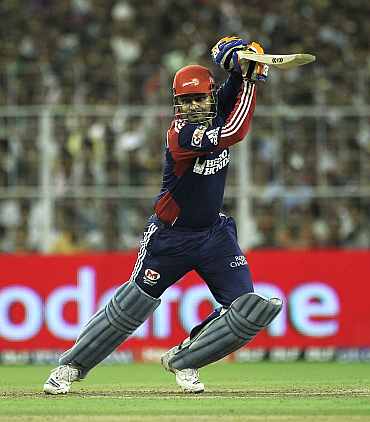 The Kotla pitch is likely to be on the slower side, which means Harbhajan Singh's four overs and Lasith Malinga's toe-crushing yorkers can be key to Mumbai's success.

Rohit will also be expected to bowl his off-breaks. Someone like Munaf Patel, who bowls wicket-to-wicket, can be very handy on the docile Kotla track.

If Mumbai's bowling is a bit on the thinner side, Delhi's batting will largely depend on the kind of start that Sehwag and David Warner will give. Warner, who hasn't been a part of the national squad for some time, will use this opportunity to give the team a solid start.

The problem is Delhi Daredevils' middle-order which is pretty brittle. Barring the inconsistent Naman Ojha, there aren't any other players who are capable of consistently clearing boundaries.

Morkel a good edition to Delhi side 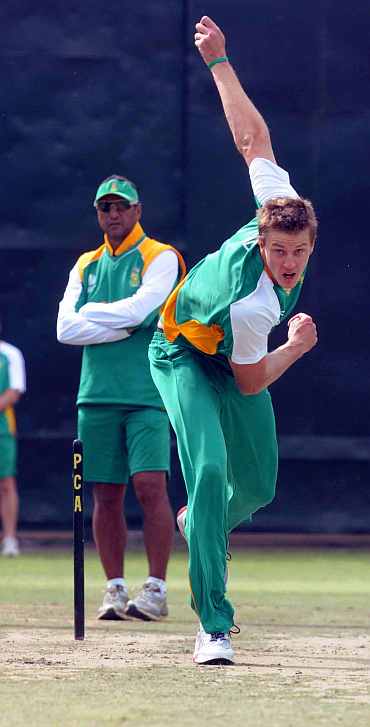 One doesn't know how effective former India all-rounder Irfan Pathan would be as he is coming back from a long lay-off. For Pathan, this is a make-or-break season as he tries to make a comeback into the national squad.

The bowling line-up is a better one with Morkel spearheading the attack. The team has adequate pace back-up in veteran Ajit Agarkar, Bengal speedster Ashok Dinda and newcomer Varun Aaron.

If he gets the nod, the spotlight will definitely be on Aaron who made quite an impression by bowling at 153 kmph during Jharkhand's Vijay Hazare Trophy final match against Gujarat.

Aaron, who can consistently bowl at 140 kmph, will be the man to watch out for. Daredevils' slow bowling options are limited as they don't have any big names.