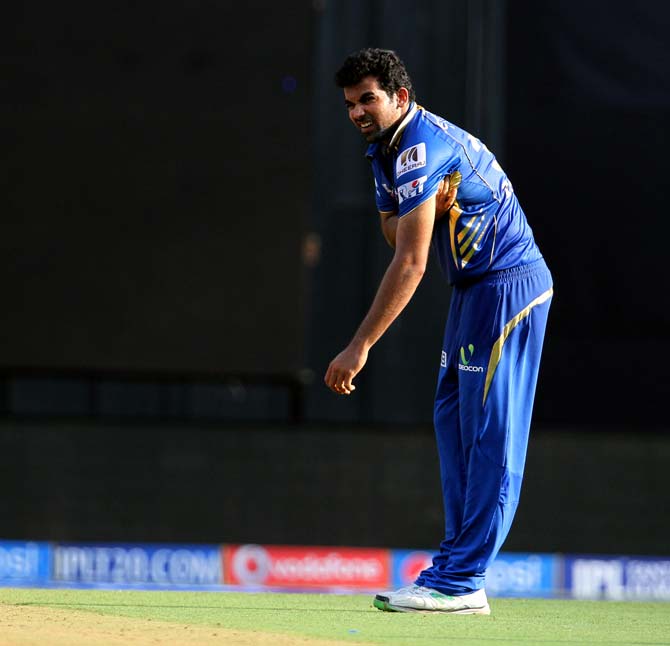 Mumbai Indians left-arm pace bowler Zaheer Khan is unlikely to play against the Royal Challengers Bangalore in their IPL clash at the Wankhede stadium on Tuesday, after injuring his bowling arm in the previous game against Kings XI Punjab.

"Zaheer has strained his left latissmus dorsi muscle. He is undergoing thorough medical assessment and we are awaiting the reports. It is a bit of a blow for us. But we hope, it is not too serious, not only for IPL but his other international commitments. He is unlikely to play tomorrow. It pretty much looks like it [that he won't play]," Mumbai head coach John Wright said in Mumbai on Monday.

Zaheer has scalped five wickets in the six matches and he left the field after bowling just three balls in his last over against Kings XI Punjab in the previous game, which Mumbai won to snap their dismal five-match losing streak.

Asked for how many days the veteran pacer has been ruled out, Wright said, "that is yet to be determined". 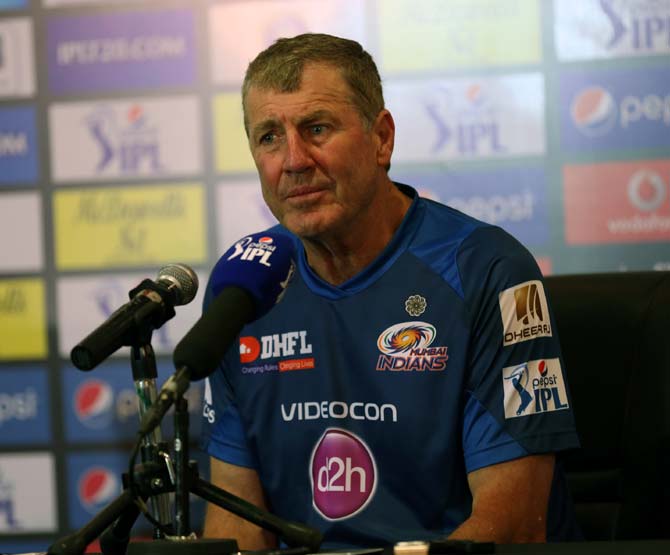 Looking ahead to the match against RCB, who defeated Sunrisers Hyderabad in a thrilling match at home, the former India coach said, "their batting line up is very formidable."

The defending champions secured their first win against the Kings XI Punjab and said it was much needed to boost the confidence of the players.

"It was a much needed. We struggled but it was great to get back here. I think everyone enjoyed getting back here and we haven't lost a match here for a long time so we want to continue that here tomorrow.

"We have still got a lot of work to do, we realise that but there is nothing like winning for the confidence of the boys. We are a very happy changing room and people are more relaxed and more players are looking in form and coming into form so that is good for us," he said.

'He has been magnificent for us for a long time' 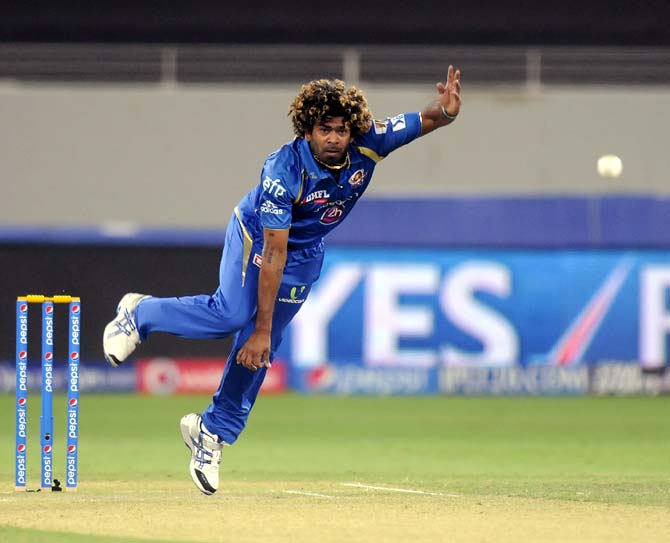 Referring to the string of five straight defeats in the first leg in the United Arab Emirates, and the presence of new players in the side, the former New Zealand player said, "We have a different team from last year and that is part of IPL and the learning experience, whereby you have different combinations. We didn't start too well and  sometimes that creates pressure, particularly on new players."

"We know that we have got a team. One of the good things about the victory the other day is that we actually beat the team that beat everybody. IPL is like that. From our point of view, that was a big  challenge.

"We knew these guys had come here and hadn't lost a match and we were back at home and from our point of view, that was great. Because we know if we play reasonable cricket, we have got a team that can beat anyone on the day. And you can't look backwards, you have to look forward." he added.

Asked if there would be more pressure on Sri Lanka pacer Lasith Malinga in the absence of Zaheer, Wright said, "I think he is at a stage of his career where he enjoys pressure and any top world class performer probably flips the coin with pressure and probably sees it more as an opportunity than something as a threatening situation to be in it.

"Here is an opportunity for me to show why I am regarded as a champion. He is at a stage of his career where he knows exactly how to prepare. For each game, he has got a pretty good idea where to bowl for each batsman and has a full repertoire. He has been magnificent for us for a long time."