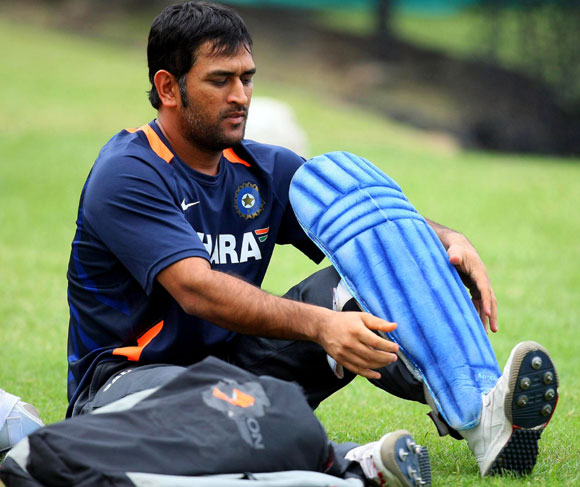 The Indian cricket team will aim to pick up the pieces after a disastrous performance in the last match and get their campaign back on track when they take on hosts Sri Lanka in the third ODI to be held in Colombo on Saturday.

After a couple of contrasting performances in the two matches at Hambantota where Men in Blue first won comfortably by 21 runs before being soundly thrashed by nine wickets, the action moves to the familiar territory of Premadasa Stadium.

Skipper Mahendra Singh Dhoni is not very fond of tinkering with his playing XIs but he now seriously needs to think as to how many more chances does Rohit Sharma deserve in order to prove that he is a regular match-winner like Virat Kohli or even fairly consistent on sub-continental tracks like Suresh Raina.

Rohit Sharma has failed to deliver 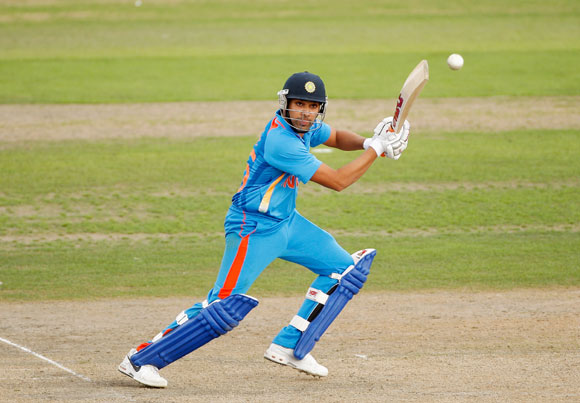 The Mumbai batsman had scores of 1 and 0 in the first two matches where he was out in identical fashion chasing a delivery away from his body to be played on.

Rohit has scored a meagre 156 runs in his last 10 ODI innings and has been one of the few players in recent times who has got chances aplenty but failed to deliver on most of the occasions.

Rohit's replacement ideally is Manoj Tiwary, who incidentally would like to forget that he has been benched for 14 consecutive matches after scoring his maiden ODI century despite being fit and available.

This is a 'record' that the 26-year-old Tiwary certainly won't find amusing.

Sehwag can play an active role with the ball also 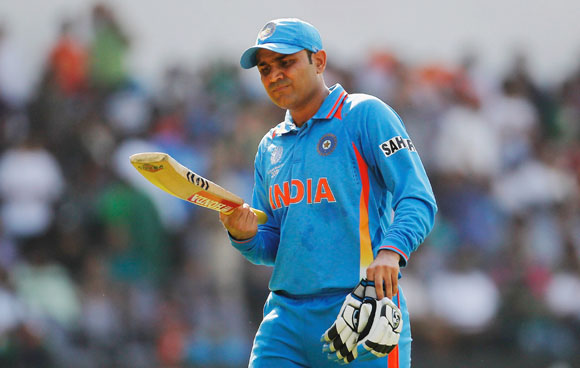 Ajinkya Rahane also deserves a chance but with Virender Sehwag, Gautam Gambhir and Virat Kohli being automatic selections for the first three batting slots, the talented Mumbaikar won't be an ideal choice in the middle-order given his style of play.

The Premadasa strip is known to help the slower bowlers but Pragyan Ojha's neck injury which he sustained during yesterday's training session would be a cause of worry for Dhoni.

The other specialist spinner available in the side is Rahul Sharma but it is still not clear whether the BCCI has any clear guidelines from the board regarding his participation in the series after reports revealed that he has tested positive for drugs at a Mumbai rave party.

Raina and Sehwag can be expected to play an active role with the ball also.

Umesh Yadav has leaked a lot of runs 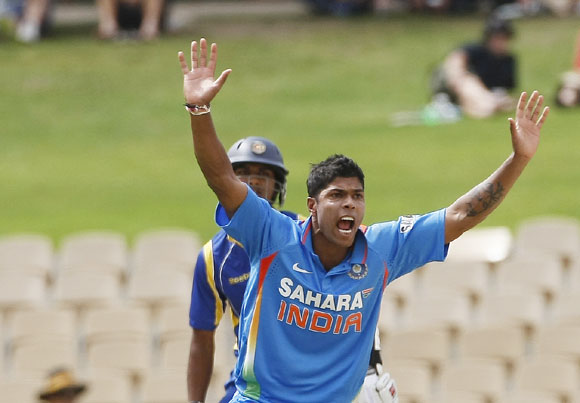 The Indians would like to ensure that the previous match's batting debacle is not repeated. Thisara Perera's first spell needs to be sorted out as he has proved to be the best bowler for the islanders having taken six wickets in two matches.

Lasith Malinga showed glimpses of getting back into the groove during the last match after being severely punished by Kohli, Sehwag and Dhoni during the first game.

If Malinga can get his toe-crushers in at the death overs, the Indian batsmen would certainly find it troublesome.

Sri Lankan openers Tillakaratne Dilshan and Upul Tharanga were also among the runs during the last match  -- a kind of warning signal for the Indian bowlers.

Umesh Yadav in particular has leaked a lot of runs trying to bowl flat out but he also needs to control -- something he can learn from veteran Zaheer Khan who has been a bit scratchy in the first two games.