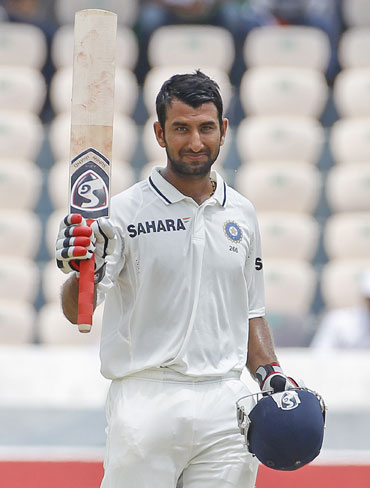 Spinners R Ashwin and Pragyan Ojha put India in the driver's seat, reducing New Zealand to 106 for 5 in their first innings by stumps on Day 2 of the first Test, in Hyderabad, on Thursday.

India amassed 438 before being bowled out at the stroke of tea, Cheteshwar Pujara slamming 159 runs.

Resuming at 307 for five, after a 26-minute delay because of bad weather, India gained from a fine 127-run partnership for the sixth wicket between Pujara and Dhoni.

Unbeaten on an overnight score of 119, his maiden century in four Tests, Pujara cleverly rotated the strike. 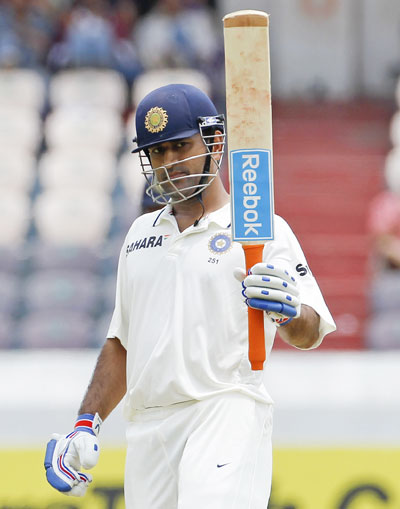 He needed 20 balls to score his first runs of the day, troubled by Kiwi pacers Chris Martin and Trent Boult on more than one occasion.

Ravichandran Ashwin chipped in with a 54-ball 37 (5x4) and shared a 24-run stand with Dhoni before the latter got out.

India were bundled out just before tea 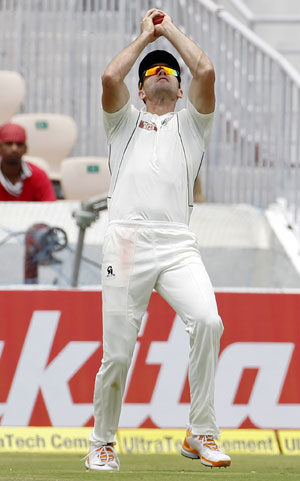 Soon after lunch, Pujara ran out of patience and stepped out, only to mistime Patel and James Franklin took an easy catch.

Dhoni and Zaheer Khan (0) departed in quick successions with India 414 for eight, but Ashwin and Ojha frustrated the Kiwis with a dogged approach.

The Indian innings ended after Umesh Yadav ran himself out, just ahead of the tea break. 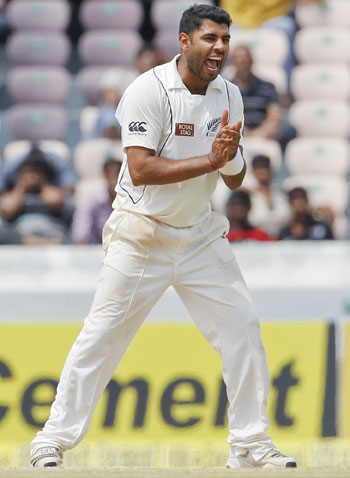 Off-spinner Jeetan Patel was the visitors' leading wicket-taker, with figures of four for 100.

Trent Boult finished with figures of three for 93.

The hosts, playing their first match after the retirement of Rahul Dravid and VVS Laxman, though were in no trouble against the weak New Zealand attack.

Ojha got the first breakthrough 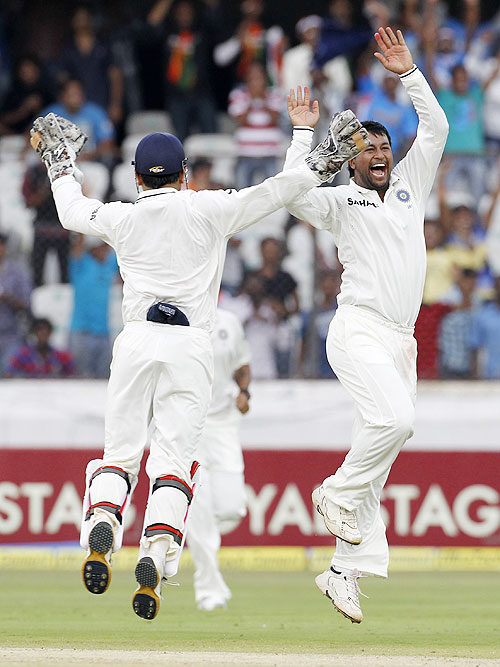 New Zealand openers Brendon McCullum and Martin Guptill looked to put the Indian bowlers under pressure, especially McCullum who was more aggressive of the two.

However, Pragyan Ojha, who was brought in to bowl in the eighth over, got the first breakthrough when he had the dangerous-looking McCullum caught at cover.

Ojha forced McCullum to drive straight into the hands of Virat Kohli.

Kiwi batsmen fall in a flurry 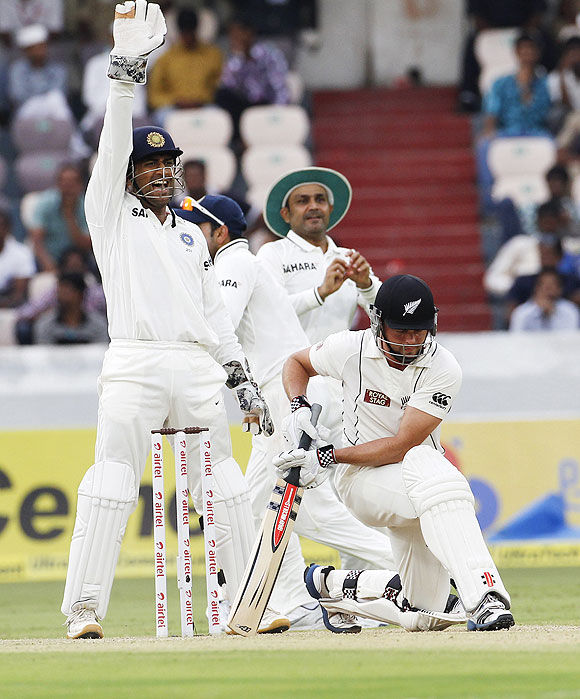 Daniel Flynn (16) was adjudged leg before off Ashwin, which reduced New Zealand to 55 for four wickets.

Kane Williamson (32) and left-handed James Franklin provided some resistance with a 44-run stand for the fifth wicket before Williamson was the last wicket to fall in the day. 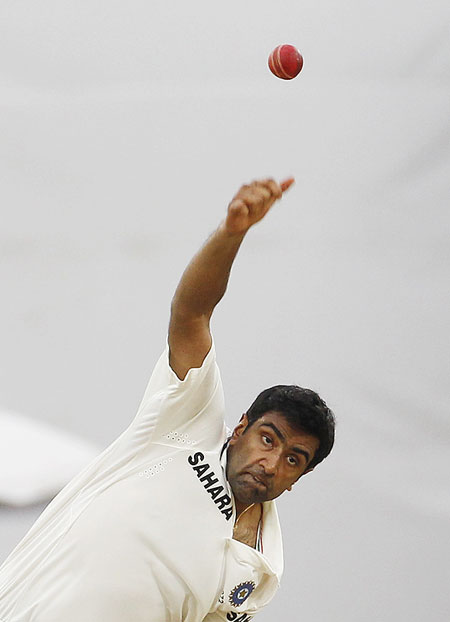 At close of play, the visitors were trailing India by 332 runs in their first innings. James Franklin (31) and Kruger van Wyk (nought) were at the crease.

Franklin is looking good to make a big score, having hit a four and six enroute to 31 runs while wicketkeeper-batsman Van Wyk is yet to open his account, having faced six deliveries.

Both batsmen will have to play steadily on Saturday to have a chance to stay in the match.