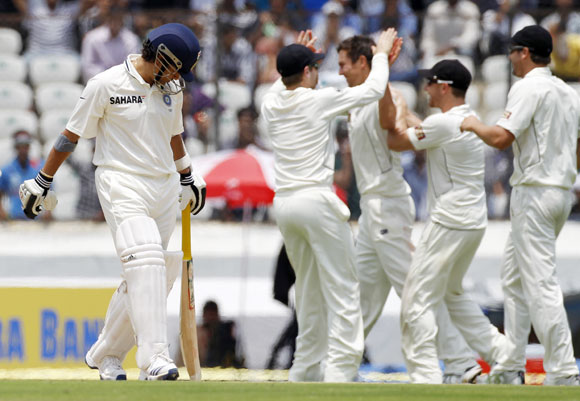 Cheteshwar Pujara scored a fine century on his Test comeback as India ended the opening day in the first Test against New Zealand on a comfortable 307 for 5 in Hyderabad on Thursday.

At stumps, Puara, playing his fourth Test, was undefeated on 119, with skipper Mahendra Singh Dhoni (29) giving him good support. The duo added 47 runs in an unbroken sixth-wicket partnership.

For the first time in 16 years, India were playing without batting stalwarts Rahul Dravid and VVS Laxman, who retired in the aftermath of eight successive Test defeats in England and Australia, and looked watchful against the Black Caps.

Gautam Gambhir, who scored 22 off 36 balls, was the first to go when he chased a wide delivery from Trent Boult only to be caught behind. 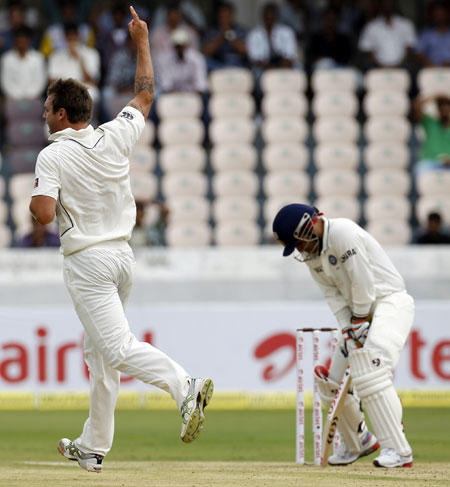 Virender Sehwag followed his opening partner back to the pavilion after playing out a 41-ball 47.

Welcomed with a bouncer, Sehwag began watchfully, but soon both the openers scored freely against the inexperienced New Zealand seam attack.

However, Doug Bracewell had him caught by Martin Guptill a little before lunch.

Tendulkar could score only 19 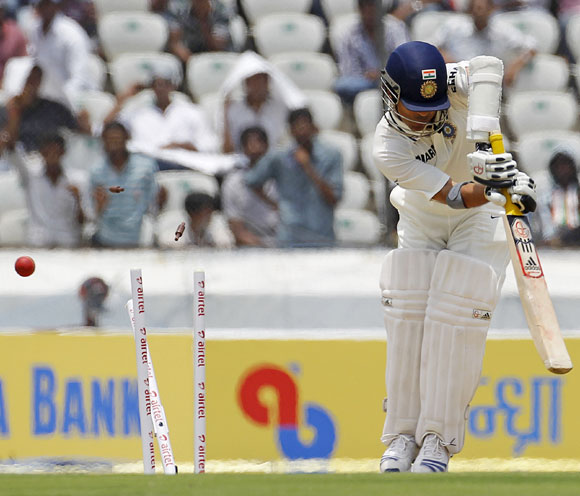 Sachin Tendulkar did not survive long.

He scored only 19, despite playing out 62 balls.

Trent Boult produced a beauty of a delivery to get through the Master Blaster's defence. 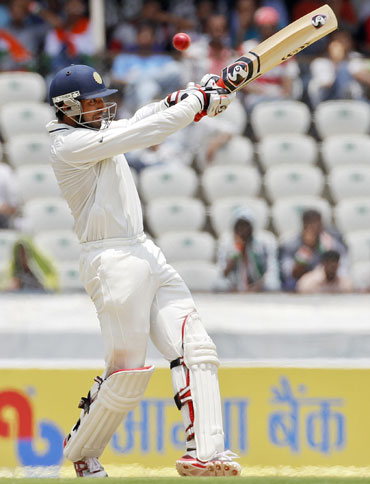 Cheteshwar Pujara, who replaced the legendary Rahul Dravid at No 3, gave a good account of himself.

He lived up to expectations, slamming his second half-century in four Tests.

Having returned to the Test arena after more than a year, he did not panic after the dismissal of Tendulkar (19) and along with an in-form Virat Kohli repaired the Indian innings.

Pujara's innings was all about patience and perseverance 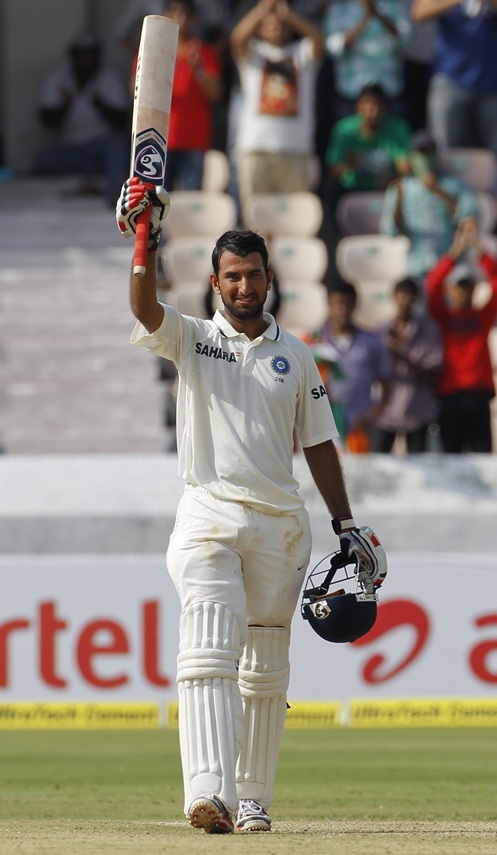 Pujara's innings was all about patience and perseverance. Displaying an array of strokes during his near chanceless innings, he revelled in the role of a sheet anchor and surpassed his previous best -- a match-winning 72 vs Australia in his debut Test in October 2010.

He got to 99 with a shot that bisected the point region and fetched him a boundary, and attained the milestone off 169 balls (14x4, 1x6), neatly tapping a James Franklin delivery to fine leg for a single.