India keen to bounce back in second ODI against confident Australia 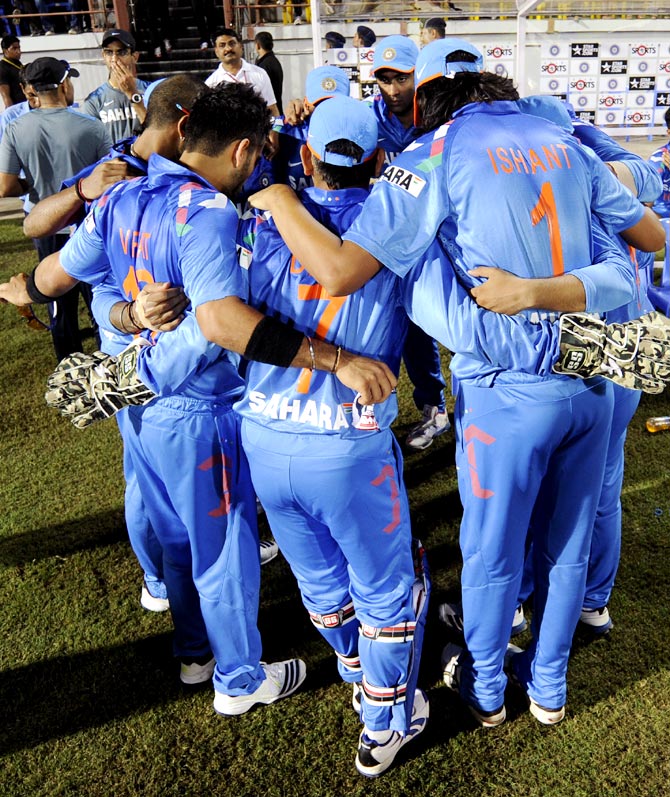 A determined Indian team will look to plug their batting and bowling loopholes as they go into the second One-Day International against an upbeat Australia in Jaipur, on Wednesday with concerns over the form of some of their key bowlers.

Having been beaten comprehensively in the first match by 72 runs, Mahendra Singh Dhoni and his men would quickly like to get their act together as gaining momentum will be key in the seven-match series.

On the other hand, a win at the Sawai Man Singh Stadium will give Australia a run-away lead, which will be a shot in the arm considering they came into the series as underdogs.

For a team that is World No. 1 in ICC ODI rankings after a string of impressive performances in the ICC Champions Trophy, tri-series in the West Indies tri-series and in Zimbabwe, one defeat can be overlooked as an aberration.

But the 'Men In Blue' would like to ensure that the match in Pune was a one-off as they go out there to reassert their supremacy in the 50-over format.

For that, the hosts would need to lift their performances by quite a few notches as they were below par in all departments during the first match.

Ishant looked out of sorts in the first ODI 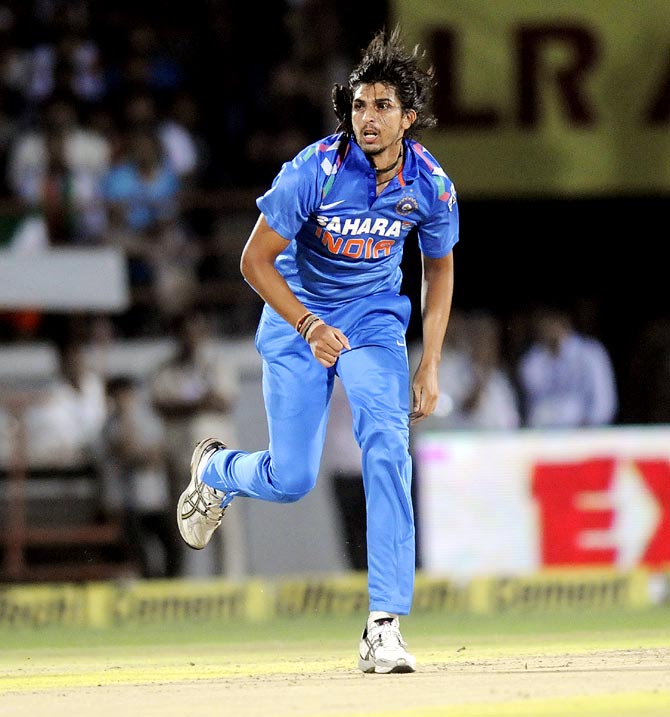 The Indian pacers were quite pedestrian during the opening encounter with both Ishant Sharma and R Vinay Kumar being clobbered by the trio of Aaron Finch, Bailey and Glenn Maxwell. Especially Ishant, who has been disappointing in both the one-off Twenty20 International and the first ODI in Pune.

Pathetic figures of 0/52 in four overs in the T20 game followed by 0/56 in seven overs in ODIs have hurt India badly as Aussie batsmen assaulted the lanky Delhi pacer with a flurry of boundaries in both matches. He has looked out of sorts and failed to hit the right length as he delivered a lot of short balls.

The Indian spinners have performed relatively well with both Ravichandran Ashwin and Ravindra Jadeja putting up a decent show in the two matches that they have played so far. With Yuvraj Singh bowling his slow left-armers effectively, the spin department is less of a concern for Dhoni at the moment.

Skipper Dhoni is not known to make too many changes and it is expected that Ishant will retain his place in the playing eleven, which is likely to remain unchanged.

The hard and bouncy 22-yard strip at the Sawai Man Singh Stadium provides a lot of help for the pacers and can play a key role in determining the outcome of the match. Of the 11 ODI matches that India have played at this ground, the hosts have won seven having lost on just four occasions. 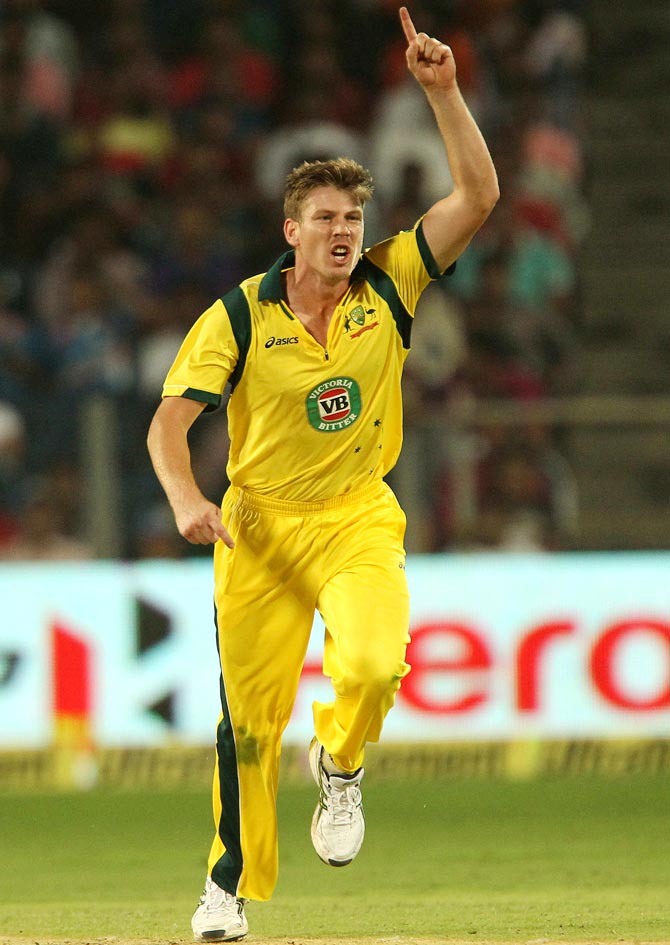 During the recently-concluded Champions League T20, the strip here was appreciated by everyone for the kind of carry it had with Rajasthan Royals not losing a single game at home during that phase.

But the track might just work to the advantage of the Australians as they have two players in all-rounder Shane Watson and left-arm seamer James Faulkner, who have played more matches than some of the Indian players at this ground courtesy of the Indian Premier League and CLT20.

The Australian bowling attack was really impressive on the other day as their pace troika came hard at the Indian batsmen. While Mitchell Johnson was fast and accurate bowling at a speed close to 150 kmph, Clint Mckay and Faulkner time and again hit the right areas and also got the ball to swing.

The pitch is likely to provide them an ideal platform to press hard on the Indian batsmen who are known to be uncomfortable against fast bowling as well as disconcerting bounce.

Team India will come out all guns blazing in second ODI 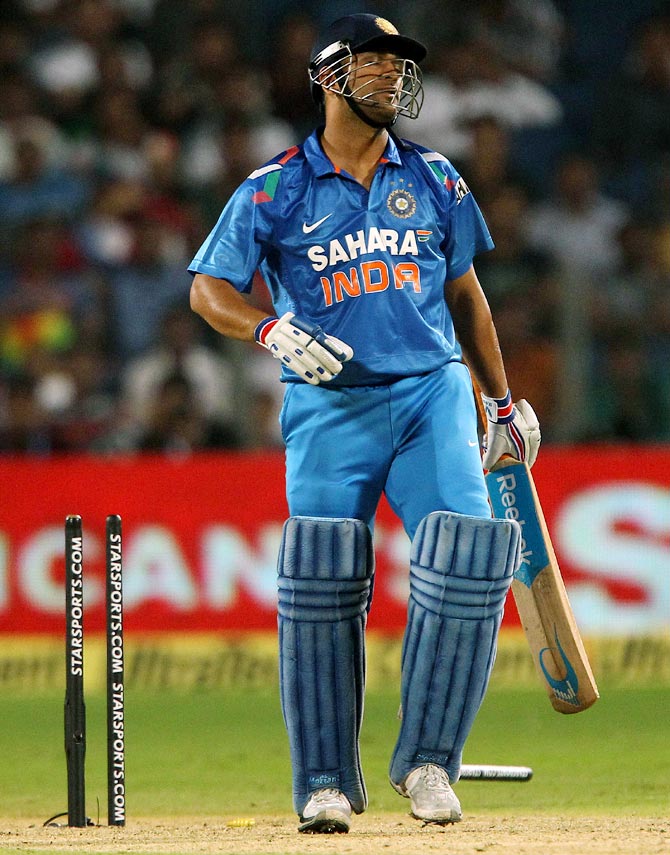 Save Virat Kohli, who top-scored with 61, none of the other Indian batsmen got a half-century as Rohit Sharma and Suresh Raina frittered away good starts having scored 42 and 39, respectively.

Senior pro Yuvraj, who is in blazing form, would like to repeat his T20 International performance as his all-round show could be a big factor in deciding the outcome of the match.

Dhoni, arguably one of India's finest limited overs batsman, would also like to make a significant contribution on the ground where he had scored his career-best knock of 183 in an ODI against Sri Lanka eight years back.

However Ravindra Jadeja will be keen to score some runs as he struggled big time against fast and rising deliveries managing only 11 off 18 balls in the last match.

Down 0-1 in the series, the Indians will be expected to come out all guns blazing in what can be termed as an exciting contest on the cards.