Sign in  |  Create a Rediffmail account
Rediff.com  » Cricket » The expert replies: How many players have been 'timed out'?

The expert replies: How many players have been 'timed out'? 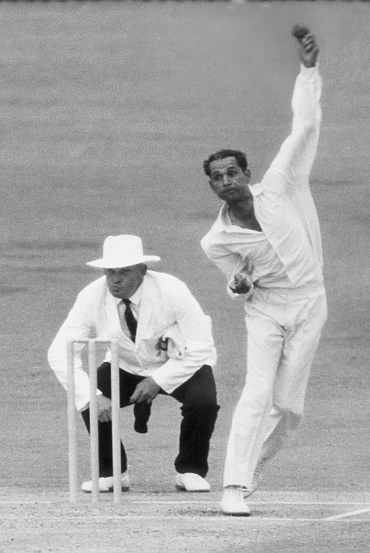 In the just-concluded Zimbabwe vs Pakistan Test, Ray Price had a spell of seven consecutive maidens. Bapu Nadkarni appears to hold the overall record of most consecutive maidens, with a 21-over spell. What are the other such notable performances? - Mark Brown, Australia

This is one of those elusive records that cannot be simply gauged from the match scorecards. As ball-by-ball details of many matches of the earlier era are not available, a Herculean effort could have gone unnoticed. From whatever information is available as of now, Bapu Nadkrani seems to hold this record.

Nadkrani returned the astonishing figures of 32-27-5-0, including 21-consecutive six-ball maidens against England at Madras (now Chennai) in 1963-64.

South Africa's Huge Tayfield had a sequence of 16-consecutive eight-ball maidens, also against England at Durban in 1956-57.

England's Johnny Wardle bowled 13 consecutive six-ball maidens against South Africa at Nottingham in 1955. The most recent notable instance I am able to track down is Chaminda Vaas's 11-consecutive maidens against India at Chennai in 2005-06.

Dravid played as a wicketkeeper-batsman in 73 ODIs 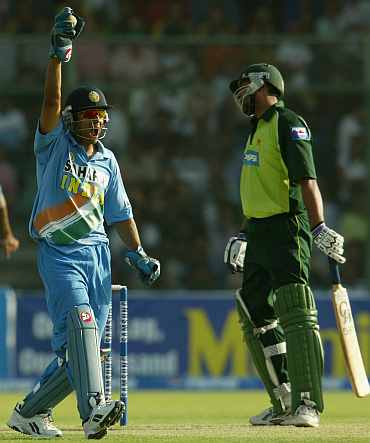 Out of 339 ODI matches that Rahul Dravid played before the series against England, how many did he play as a pure batsman? What was India's winning percentage in those matches and what was his own batting and fielding performance in those matches?

Out of his 339 ODIs before the England series, Dravid played 266 as a pure batsman. In 73 matches he was the designated wicketkeeper. The 266 matches in which he played as a pure batsman also include a few occasions when he kept wickets in place of regular wicketkeepers.

One catch and one stumping came while keeping wickets in place of the regular 'keeper. 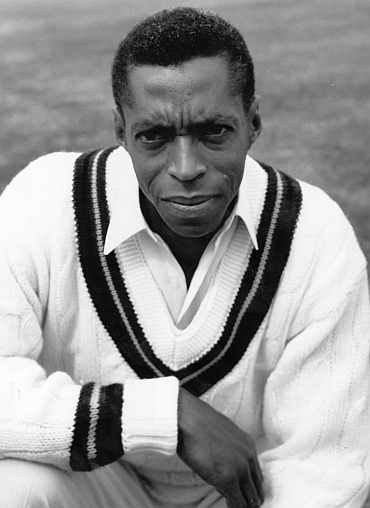 Recently I saw a list of high-scoring batsmen in the fourth innings of Test matches, where Rahul Dravid topped the list. But I was surprised that VVS Laxman and Sir Don Bradman's names were missing from it. Could you please give the details of these two batsmen in terms of their fourth innings performance. - Braj Pratap

Laxman aggregated 970 runs in 34 such innings, at an average of 40.41, with one century and six fifties.

Among the spinners with at least 300 Test wickets, who has dismissed most batsmen bowled? - Ramachandra Adiga G

Six spinners have taken 300 or more wickets in Test cricket. Among them, West Indian Lance Gibbs has the best bowled percentage, followed by Muttiah Muralitharan and Shane Warne.

If the ball hits the pads in line and then moves on to hit the stumps, why is that the batsmen given out bowled? It should be lbw, as that happened first. - Vikram Gupta

Four players have been declared timed-out 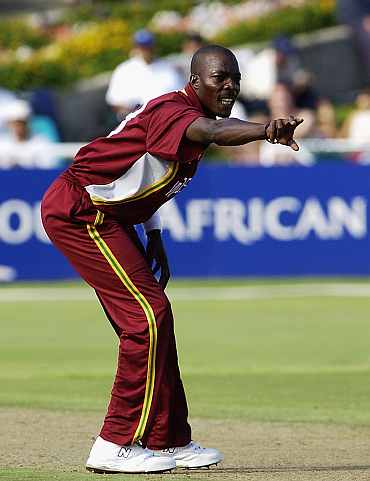 How many players have been given timed out in first class cricket? - S Saiju

(b) In the event of protracted delay in which no batsman comes to the wicket, the umpires shall adopt the procedure of Law 21.3 (Umpires awarding a match). For the purposes of that Law the start of the action shall be taken as the expiry of the 3 minutes referred to above.

The bowler does not get credit for the wicket.

There have been only four such dismissals in first-class cricket. The first instance occurred in 1987-88 in the match between Eastern Province and Transvaal at Port Elizabeth when Andrew Jordaan -- not out overnight -- failed to arrive in time the next morning, as the roads were bad after a downpour.

The next was in a Ranji Trophy match between Orissa and Tripura at Cuttack in 1997-98. The umpires called for drinks when Tripura lost their ninth wicket. At the end of the break, the Tripura No. 11, Hemulal Yadav, made no attempt to come on and was sitting on the boundary edge chatting with his team manager. As the umpires returned to their positions the Orissa fielders appealed, and the umpires gave Yadav out.

The West Indies' Vasbert Drakes became the third player to be out in this peculiar fashion. Playing for Border against Free State at East London in 2002-03, Drakes was declared Timed Out. He was not even in the country at that time! His flight to South Africa had been delayed and he had not arrived when the decision was made.

Nottinghamshire's Andrew Harris was the fourth and last player to be given out in this fashion. Playing against Durham UCCE at Nottingham in 2003, Harris strained his groin. He was not expecting to come out to bat. However, he had to when the ninth wicket fell, as teammate Chris Read was unbeaten on 94. Harris was on his way to the ground hobbling slowly, when Durham UCCE players appealed against him and the umpire gave him timed out.

Super Overs are not counted in career figures 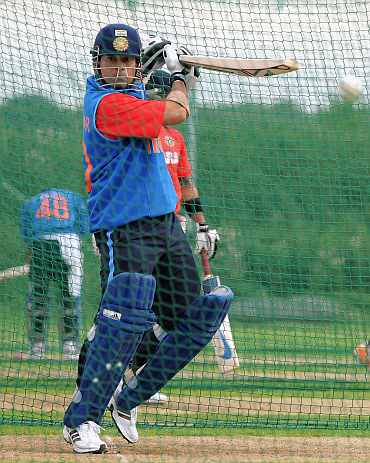 Is there any possibility of T20 games being played in the Olympics? How many member nations are affiliated to the ICC, and how much is the difference from FIFA's 208-member associations? - Sanjeet Kumar

Cricket was part of the 1900 Olympics in Paris, but has not made an appearance since then. Cricket received Olympic recognition status in 2007. In 2010, the International Olympic Committee (IOC) voted to have the International Cricket Council (ICC) approved, which means that they can now take part in IOC events. It now depends upon the ICC to join the Olympics. If they push for game's inclusion, Twenty20 may be a part of the 2020 Olympics.

The International Cricket Council is the global governing body for international cricket. It has three Membership categories which are as follows:

Full Members are the governing bodies for cricket of a country recognised by the ICC, or nations associated for cricket purposes, or a geographical area, from which representative teams are qualified to play official Test matches (10 members).

Associate Members are the governing bodies for cricket of a country recognised by the ICC, or countries associated for cricket purposes, or a geographical area, which does not qualify as a Full Member, but where cricket is firmly established and organised (36 members).

Affiliate Members are the governing bodies for cricket of a country recognised by the ICC, or countries associated for cricket purposes, or a geographical area (which is not part of one of those already constituted as a Full Member or Associate Member) where the ICC recognises that cricket is played in accordance with the Laws of Cricket (59 Members).

How many runs were scored (and at what average) by Sachin Tendulkar, Rahul Dravid and VVS Laxman in Indian wins barring Bangladesh and Zimbabwe? -Raghu Chadalavada

Are the runs and wickets in the 'Super-over' of a T-20 match added to the batsman or bowler's tally? In football, the tie-breaker counts for nothing. - Sachin

37 teams have lost after posting 400 runs 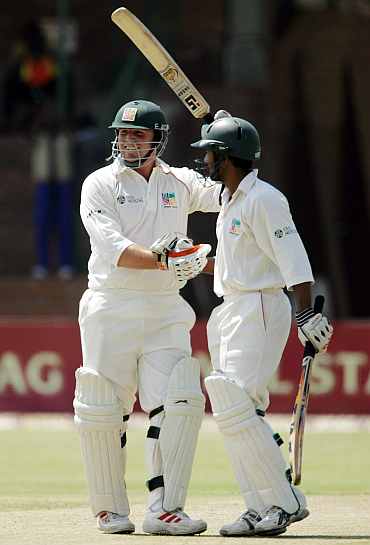 How many countries have gone on to lose a Test after posting 400 runs in the first innings, like Zimbabwe in the Bulawayo Test? Can you please give a country-wise break-up? Also what is the highest such score in Test cricket? - Ajay Shinde

Australia's 586 against England at Sydney in 1894-95 is the highest score in the first innings of a Test for a side that went on to lose the game.