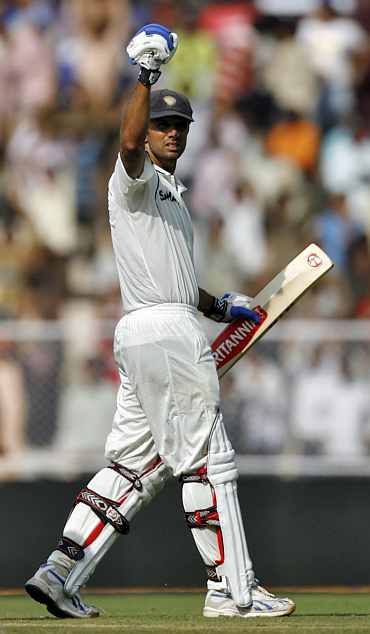 If there is an Indian player who has made an impact in an otherwise vapid show in England thus far, it is Rahul Dravid.

No wonder he is making the headlines in the past few weeks. Be it scoring resilient hundreds at Lord's and Trent Bridge, equaling Sunil Gavaskar's record of 34 Test hundreds, or surpassing Ricky Ponting as the second highest scorer in the longer format, Dravid has had a lot to celebrate, on the personal front.

On Saturday, despite having not been part of the Indian squad playing the practice game at Northants, the 38-year-old made the headlines twice in the space of a few hours.

First, was his selection to the Indian squad for the upcoming T20 International (Manchester) and five one-dayers against England.

Dravid hasn't been part of the team since playing against the West Indies in the ICC Champions Trophy in September 2009, and missed India's successful World Cup campaign earlier in the year. The selection was therefore, in his own words, 'surprising'.

'The series against England will be last' 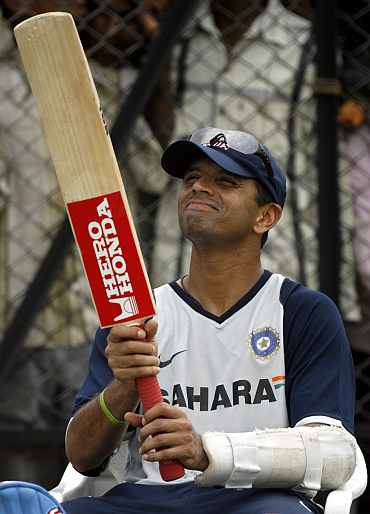 The veteran batsman admitted having assumed that he won't ever be selected again for the shorter format. Subsequently, he had channelized all his energies towards the longer format.

Though the surprise call-up to the Indian ODI squad made Dravid happy, it also prompted him to make a choice and take a decision keeping his best interests in mind.

An impromptu media conference was arranged and he made the announcement, one that had come after lengthy deliberation. Dravid decided to draw curtains to his career in the game's shorter format. India's fifth game against England at Cardiff will be his final One Day International.

"The series against England will be last," announced Dravid.

"At the end of the series, I will retire from one-dayers and T20 cricket and focus solely on Tests," he added.

The announcement ensured the veteran occupied television space for the second time in the day. 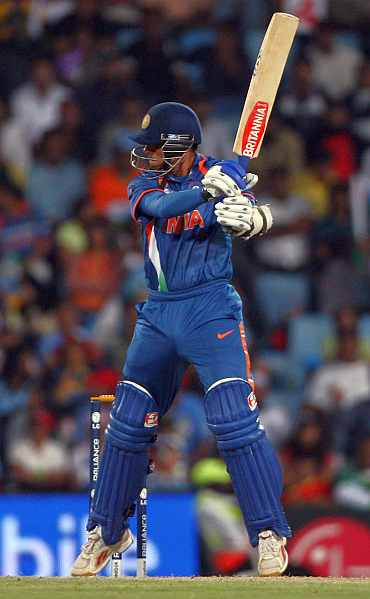 While essentially considered a Test player, Dravid's one-day credentials are no less.

Despite being a slow-starter -- he scored just 63 runs in his first eight matches following his debut against Sri Lanka in April 1996 and took 35 ODIs to register his maiden hundred -- Dravid has, thus far, amassed 10,765 runs in 339 matches (@ 39.43), including 12 centuries and 82 half-centuries. (This writer had the privilege of watching him surpass the 10,000 ODI runs mark against Sri Lanka, the country he made his debut against, in Margao, in February 2007).

That makes him the seventh-highest scorer ever. Besides, he also finished the highest scorer in the 1999 World Cup (with 461 runs), reached No. 5 in the ICC ODI rankings and captained India in the 2007 ICC World Cup. 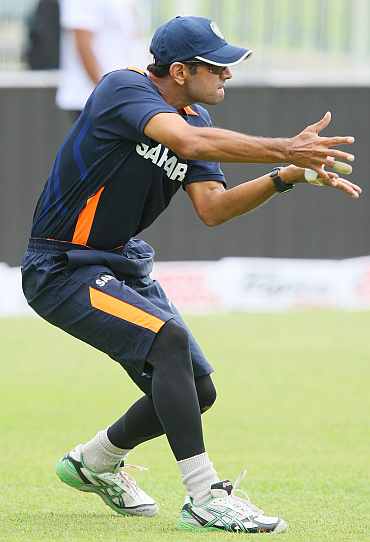 However, things have been anything but hunky-dory in the last few years. Since October 2007, Dravid played just six ODIs, something that propelled him to concentrate on his Test career.

"To be honest, because I had not been picked, I had not informed the selectors or the board of my desire to solely focus on Test cricket," he admitted, while making the announcement.

The fact that he had not officially announced his retirement prompted the selectors to pick him, while also taking into consideration the precarious position the team finds itself in and the solidity he only can provide.

Dravid, on his part, has ensured there will be no encore. He made his intentions clear on this occasion.

Let's hope and pray he has a memorable farewell. If anyone deserves a good send-off, it is Rahul Dravid.