Sign in  |  Create a Rediffmail account
Rediff.com  » Cricket » I got chewed up and spat out: Matt Prior 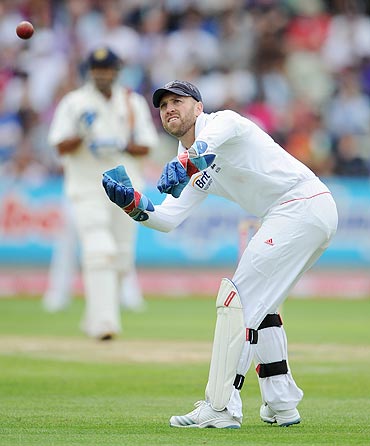 England wicketkeeper Matt Prior on Wednesday revealed that he had a "ridiculously rough time" when he first came into the team and said thoughts of quitting keeping crossed his mind as he was "chewed up and spat out".

"I've been through the mill a bit," said Prior, who lifted his team from a precarious situation to victory with an unbeaten 103 during the first match of the ongoing Test series against India at Lord's.

"I got a ridiculously rough time when I first came into the England team. I got chewed up and spat out.

"I never thought I didn't belong at this level but I did think about knocking keeping on the head and playing just as a batter," the 29-year-old added.

'I was called an uneducated skinhead' 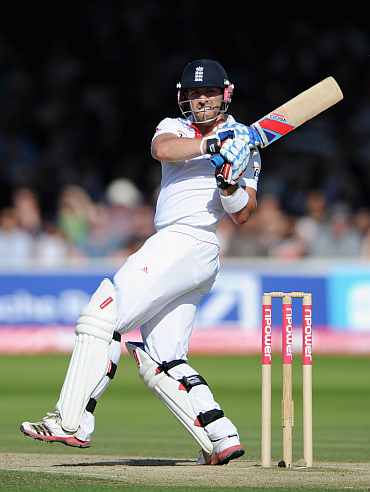 Prior, who was often accused of being sloppy behind the wickets and lost his place in the English team for a while, however, said the tough times have helped him evolve as a cricketer.

"It's not the good times that make you the player and person you are, it's the bad times.

"I was called an uneducated skinhead and people were even having a go at my mother for things I was supposed to have done. It was a complete character assassination. It all killed me. But it spurred me on and I've emerged stronger," Prior was quoted as saying by the British media.

Prior can now take pride from the fact that he is a part of the elite English team that displaced India from the number one status with a 3-0 drubbing.

'Have to pinch myself that I'm playing at the highest level' 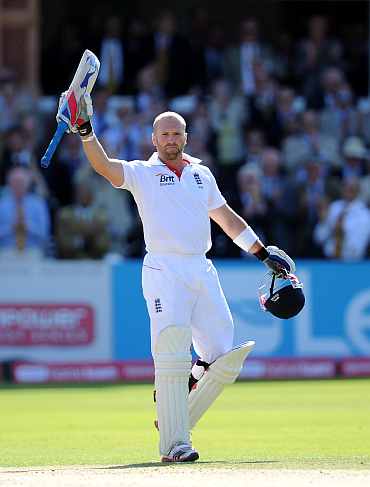 The 29-year-old attributed the success to the growing cohesiveness among teammates.

"I still have to pinch myself that I'm playing at the highest level with my mates," said Prior.

"The best way to describe it is like playing league cricket on a Saturday at a club ground, only you happen to be at Lord's or Edgbaston.

"Just like a club team that is a bunch of mates having fun on a weekend playing cricket, we're doing the same thing with England except we're doing it in front of thousands of people and we're doing it at the highest level.

'I was accused of things I didn't do' 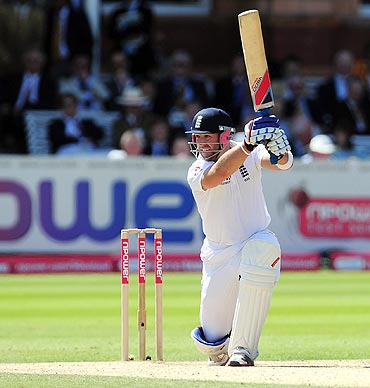 "The buzz you get from playing the toughest cricket possible and doing it with your mates is great but the knowledge you've all put in the same effort and have become a success, makes it feel even better," he added.

Prior was also in the midst of a controversy when he was accused of sledging Sachin Tendulkar and throwing jelly beans on the Trent Bridge pitch as Zaheer Khan came to bat during the Test series in 2007.

Prior was accused of reportedly sledging Tendulkar, saying: "I drive a Porsche, what car do you drive?"

However, the wicketkeeper-batsman rubbished such reports.

"I was accused of things I didn't do, like throw jelly beans on the pitch, and there was this ridiculous comment I was supposed to have made to Sachin Tendulkar about owning a Porsche. Utter rubbish."

More
© Copyright 2023 PTI. All rights reserved. Republication or redistribution of PTI content, including by framing or similar means, is expressly prohibited without the prior written consent.
Write a
Comment
Print this
article
ALSO
READ