I don't believe in surrendering my job: Dhoni 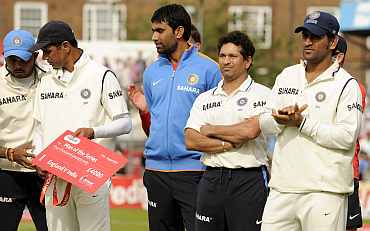 For someone not used to losing a series, MS Dhoni's first series loss as India captain was abject surrender.

England's innings and eights run win in the fourth and final Test at The Oval meant the visitors had, for the first time in 11 years, since they were beaten 0-3 Down Under, suffered a whitewash. It was also the first time since 1974 -- that summer of 42 series -- that England had blanked India.

While any loss is hard to digest for a captain, it is humiliating defeats like this that hurt the most. Dhoni, to his credit, was prepared to offer the explanation required.

"We never put par score -- over 300 or 350 in any of the eight innings. We are capable of doing that but we didn't do that in this series," he said, explaining the batting frailties of his team.

"After that it becomes difficult for the bowlers," he continued, adding, "We were also a bowler short for the first two Tests and then Gautam Gambhir was not fit either.

"It has been a challenge for us throughout the series."

'Difficult to answer why there were many unfit players' 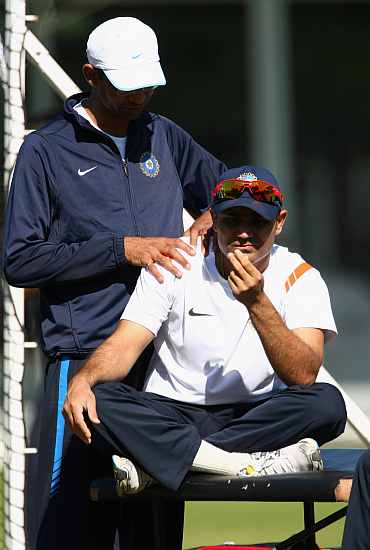 Asked why so many unfit players were selected in the first place for a series as important as this, Dhoni seemed to be at a loss for words.

"It is a difficult one to answer," he quipped, adding, "Once you are given a fitness report it becomes a different thing.

"As regards the cases of Viru (Virender Sehwag) and Zaheer (Khan), we wanted to wait as we are aware what difference they can make."

He, however, admitted he couldn't fault his side when it came to effort.

"I think I am satisfied with the effort put in by the side," said Dhoni, before proceeding to elaborate upon his point.

"The batsmen were not scoring runs but were putting the usual efforts at the nets. It was tough for the bowlers as they bowled a lot many overs than they should have.

"Even the part-timers, for that matter, also contributed when they were asked to."

'The expectation level is too high' 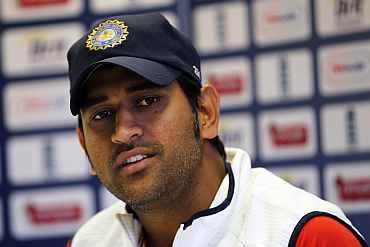 The captain, for once, admitted that the pressure of expectation affected his team.

"The expectation level is too high in every series we play. It is something that doesn't allow the kind of experimentation we would like.

"The pressure then comes on the same set of players who play in every series and takes a toll on them," he said.

Dhoni, however, denied the series whitewash has put his captaincy under pressure.

"I don't believe in surrendering my job," he declared.