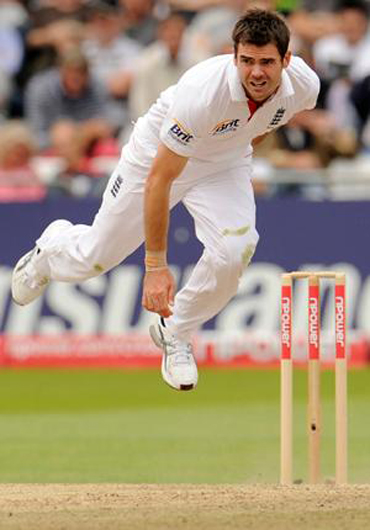 England pacer James Anderson concedes sledging never really distracts Sachin Tendulkar but what might have a "detrimental effect" on him and India during the Test series starting next week is the massive hype around the veteran batsman's impending 100th ton.

"Having watched the way Sachin Tendulkar has made some of his 99 international hundreds over the years, you would have thought he'd be the last person to be affected by the fuss about making his 100th at Lord's," Anderson said referring to the opening Test starting July 21 at the Lord's.

"But you only had to see the nonsense that went on the last time we played there to see how the Lord's factor can affect people," Anderson wrote in The Daily Mail.

'The history of Lord's makes the experience intense and enjoyable' 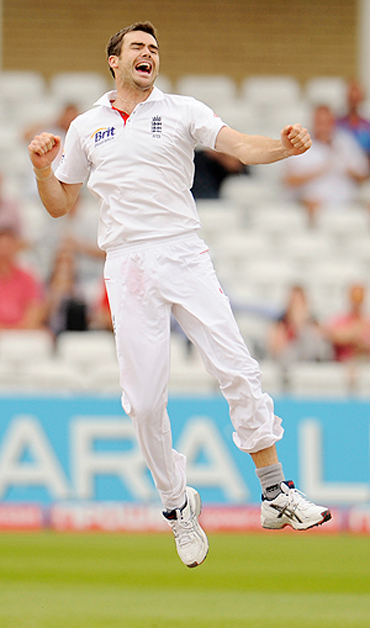 Anderson pointed out how Sri Lankan batsman Dinesh Chandimal slowed down to get his hundred at the expense of team's cause during their recent one-day series.

"The history, the atmosphere, everything about the place and the fact that there's always the thought at the back of your mind that you might be playing there for the last time all add up to make the experience uniquely intense and enjoyable.

"But sometimes, as in our one-day international against Sri Lanka a fortnight ago, it can also make players do strange things. It was clear Sri Lanka were going to win from some way out. But I thought the way Dinesh Chandimal batted, turning down singles in order to give himself the best chance of making three figures, showed a total lack of respect for the game of cricket and for us," he said. 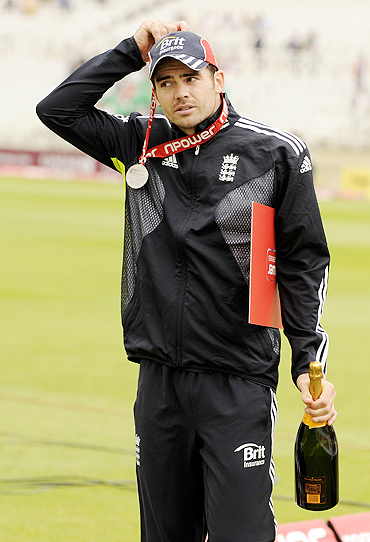 Anderson said this is precisely the kind of pressure that might cause a lack of focus in Tendulkar's case as well even though the Indian has been playing for over two decades.

"I knew Sachin had never made a century at Lord's, but I didn't realise his highest Test score there was only 37. I wouldn't for a moment think he will allow the prospect of allowing his 100th ton at headquarters blur his focus.

"But with everyone so aware of the milestone and the fact that he has never made a hundred at Lord's, the hype might possibly have a detrimental effect on their side as a whole. If they allow themselves to think too much about Sachin and what he might achieve next week, it could work in our favour," he added. 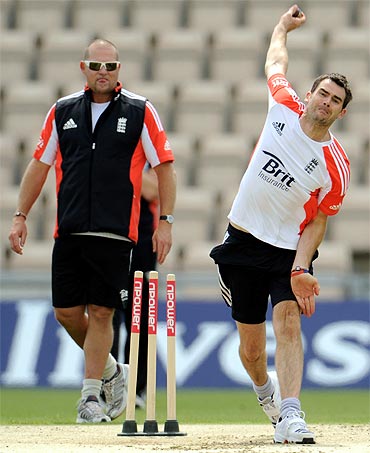 For his part, Anderson said he would just focus on bowling well and not sledge the maestro, which would be more of an error.

- We want to make life difficult for Sachin: Strauss

"Where do you bowl at Sachin to try to get him out? There aren't many places, to be honest. But at Lord's this week, we will aim to starve India's master batsman of runs and hope we hang in long enough for him to make a mistake.

"One thing I probably won't be trying against Sachin is sledging him. We won't make him overly welcome, of course, but in my experience if you try to get into him verbally, it normally makes him even more determined to dig in," he said.

"It won't be easy to ignore the roar of the crowd when Sachin comes out to bat, but you've just got to concentrate on where you should be bowling, not who you are bowling to."